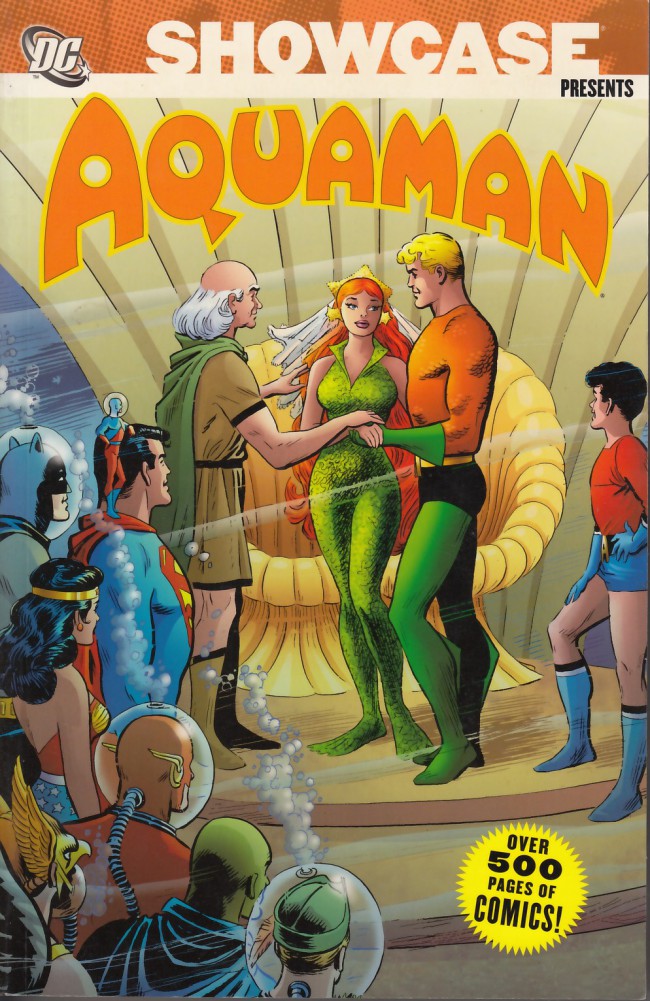 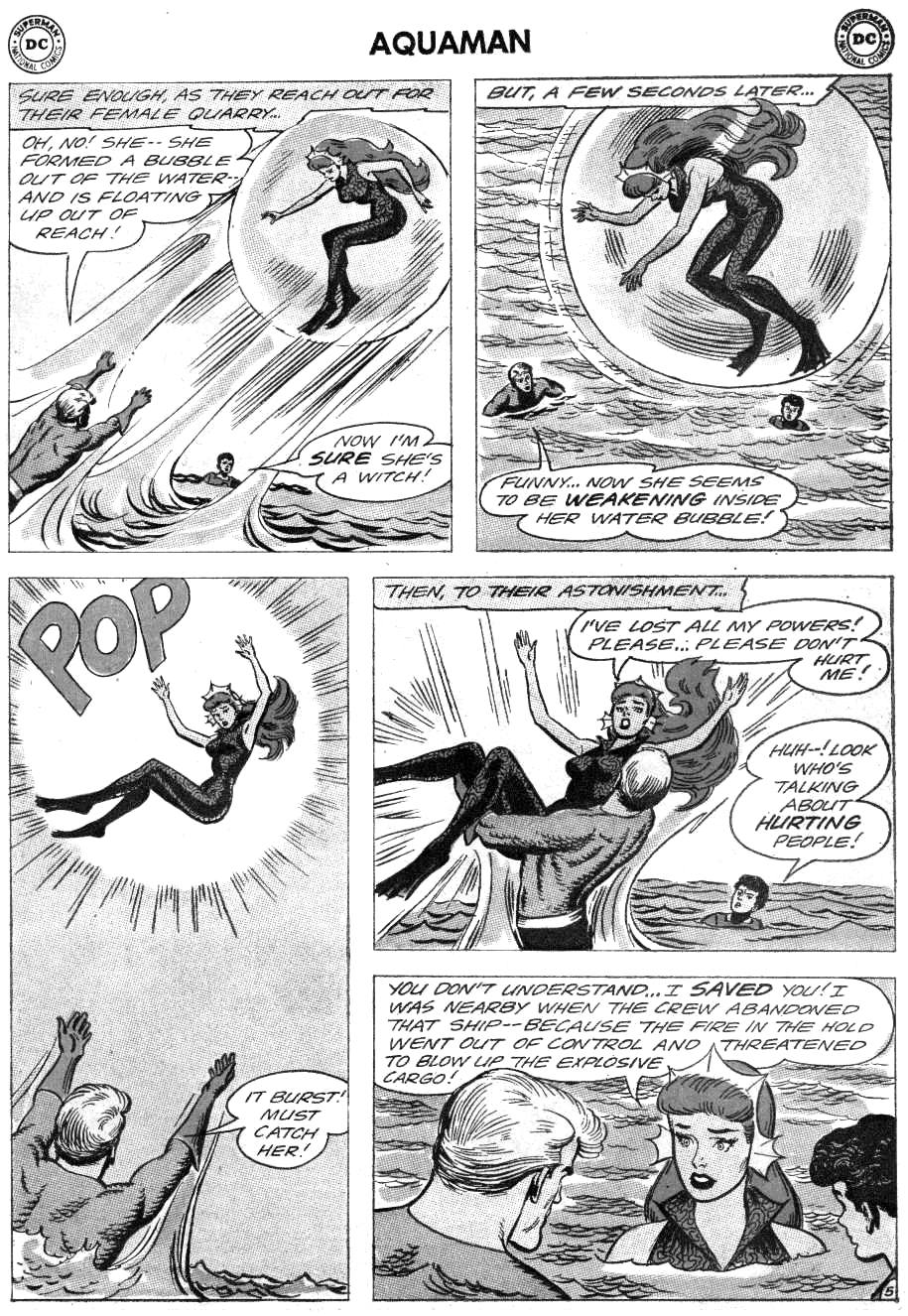 How popular was Aquaman back in the day? Well, despite earning a solo series after twenty years of back-up service from 1941, as seen in Vol. 1, he maintained a back-up strip. Those stories feature alongside ones from his own title from 1962 to 1965, and a team-up with Hawkman. They led directly into the King of the Seven Seas as one of DC’s earliest TV stars as part of the animated Superman/Aquaman Hour of Adventure.

A charm is how story titles whet the appetite and offer simple summaries. In order, the first five here are ‘King of the Land Beasts’, ‘The Sea Beasts from Atlantis’, ‘The Man Who Controlled Water’, ‘The Plot to Steal the Seas’ and Dave Wood’s quirky thriller ‘The Fish in the Iron Mask’ wherein faithful octopus Topo is possessed by a sinister helmet. Does ‘The Secret Mission of King Neptune’ bring the heroes into contention with the God of the Oceans?

‘Aquaman’s New Partner – Aqua-Girl’is a one shot deal, whereas ‘War of the Water Sprites’ introduces an evil band of Quisp’s fellow imps. ‘The Creatures that Conquered Aquaman’ is another alien invasion before the landmark introduction of the Sea King’s future wife Mera in Miller and Cardy’s ‘The Doom from Dimension Aqua’. ‘The Menace of the Land-Sea Beasts’ is mutated jungle animals wreaking sub-sea havoc, and ‘The Cosmic Gladiators!’ has Aquaman press-ganged into an intergalactic cage-fight contest.

‘The Day Aquaman Lost his Powers’ is self-explanatory, and Haney scripts team-up terror for superb veteran artist Howard Purcell in ‘Fury of the Exiled Creature’. The fearsome Outcast of Atlantis turns mutational powers against not just Aquaman, but also Hawkman and Hawkgirl.

Mera returns in Miller’s ‘Invasion of the Giant Reptiles’ and Fradon’s last pages are the taut thriller ‘The Doom Hunters’, leaving Cardy as sole Aquaman artist. His work gradually becomes more representational and realistic, although Miller’s ‘Aquaman’s Secret Powers!’ still held plenty of fantastic fantasy. ‘The Tyrant Ruler of Atlantis’ has the temporarily deranged hero seizing the throne of the sunken city.

Four Miller outings begin with sinister scientific tragedy ‘Menace of the Man-Fish’. ‘The Duel of the Sea Queens!’ has Mera battle an alien siren who set her tentacled cap for Aquaman, and ‘The Man who Vanquished Aquaman’, sees god Poseidon abduct Mera. All this romantic tension was for a purpose. In ‘The Wife of Aquaman’ the Sea King marries his extra-dimensional beloved in one of the first superhero weddings of the 1960s.

‘Atlanteans For Sale’ has new bride Mera slowly going bonkers due to her husband’s neglectful super-hero schedule. Cue the arrival of merman man-candy Nikkor who insinuates himself into her affections… and the throne!

This surprisingly adult tale is followed by ‘The Sea King’s Double Doom’, as an old friend and shape-changing monster both hit Atlantis at the same time. Coincidence? We think not. Super-villain the Fisherman debuts in ‘The Fearful Freak from Atlantis’, whilst ‘The Trap of the Sinister Sea Nymphs’ introduces Mera’s wicked twin sister before this splendidly engaging volume concludes on another groundbreaking high-note with ‘The Birth of Aquababy’.

A great advantage is the inclusion of crossovers and guest spots from other titles. When the star is as long-lived and incredibly peripatetic as DC’s King of the Seven Seas, that’s a lot of extra appearances. Treat yourself to a timeless dose of whimsy and adventure. More in Vol. 3.