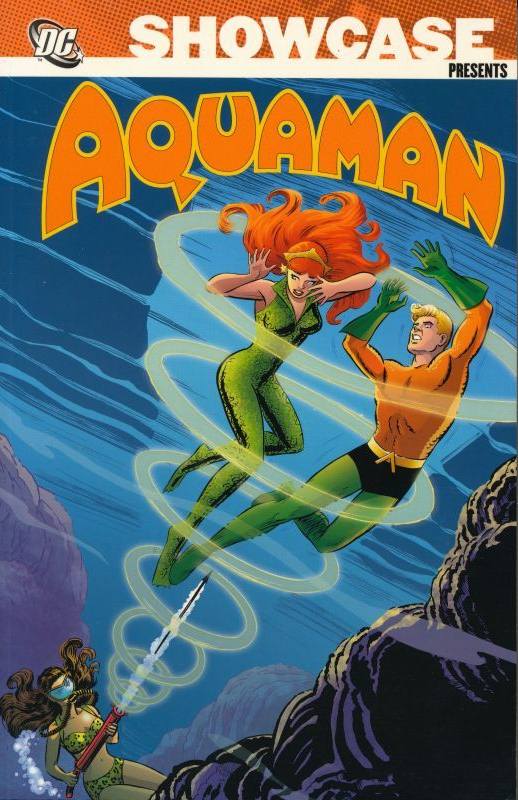 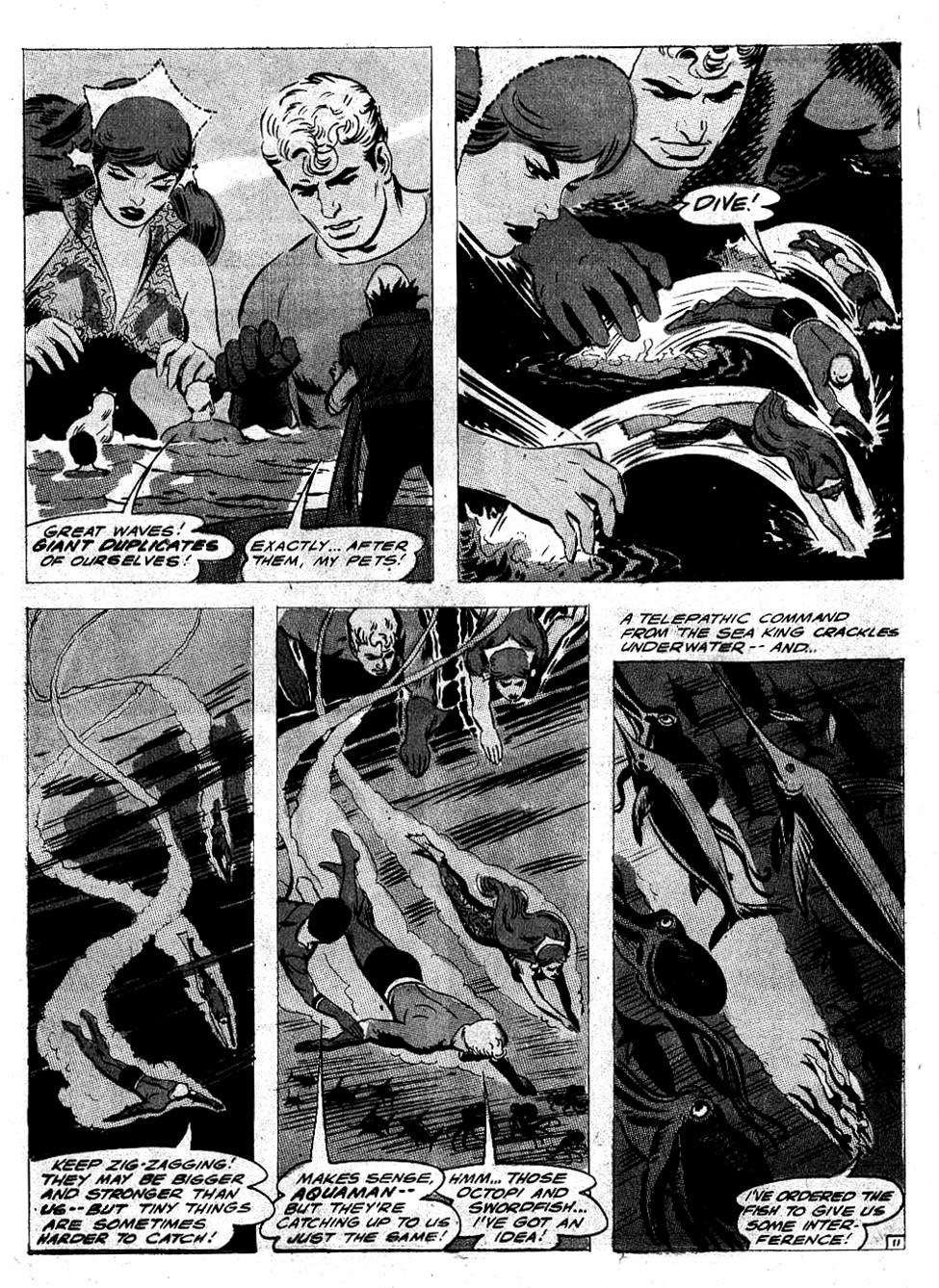 A third monochrome selection of Aquaman’s outings runs from 1965 to 1968, during which he featured in the popular, groundbreaking cartoon show Superman/Aquaman Hour of Adventure. Also included are a team-up with the Atom and a collaboration with Jimmy Olsen.

Almost every story can be attributed to Bob Haney and regular artistic ace Nick Cardy, the exception being the titanic opening tussle with maritime malcontent the Fisherman. Aquaman and Mera were DC’s first superheroic married couple of the 1960s, and Vol. 2 ended with the birth of Aquababy, in an early story here aged into a spiteful ungrateful teenager by an ancient sorcerer.

The entire world went spy-crazy in the first half of the Swinging Sixties and anonymous acronymic secret societies popped up all over TV, books and comics. Aquaman joined the party when seconded by the US government (even though absolute ruler of a sovereign, if somewhat soggy, nation) to thwart the sinister schemes of the Organisation for General Revenge and Enslavement in the still surprisingly suspenseful ‘From O.G.R.E. With Love!’.

Thrilling fantasy became the order of the day. It results in power-packed puzzlers in which alien hunters unleash devious duplicates of the Sea King and his Queen and rogue American geneticist Dr. Starbuck attempting to steal the Atlantean throne with subtle charm, honeyed words and a trained gorilla and eagle who could breathe underwater.

When archenemy Orm the Ocean Master returns to attack the world some startling insights into the hero and villain’s shared shadowy pasts are provided, and Ocean Master’s family connections clearly struck a chord with readers. He returns to unleash the ancient leviathan ‘Tryton the Terrible’ whilst the troublesome teenagers get a tacit acknowledgement of their growing importance with the introduction of Aqua-Girl in ‘Aqualad’s Deep-Six Chick!’ Yes, but the story itself about disaffected youth being exploited by unscrupulous adults is a perennial and worthwhile one.

The Sea King teamed up with JLA compatriot the Atom to tackle a microscopic marauder named ‘Galg the Destroyer’ in a taut drama written by Haney and illustrated by the vastly undervalued Sal Trapani, before another deadly clash with Ocean Master and the ruthless Black Manta. Never afraid to tweak the comfort zone or shake up the status quo, Haney’s excellent ‘Between Two Dooms!’ resulted in the Atlanteans losing their ability to breathe underwater, leaving Aquaman’s subjects virtual prisoners in their own sub-sea city for years to come. He also provides the chillingly prophetic eco-drama ‘When the Sea Dies!’, due in no small part to villains Ocean Master and the Scavenger.

The selection ends with ‘How to Kill a Sea King!’, a tragic tale of an alien seductress set on splitting up the Royal Couple, and the dilemmas and delights conclude with a charming treat from scripter Leo Dorfman and artist Pete Costanza. ‘Survival of the Fittest!’ has the mystical Old Man of the Sea attempt to replace Aquaman with cub reporter Jimmy Olsen!

Haney and Cardy’s Aquaman is an all but lost run of classics worthy of far more attention than they’ve received of late. With tumultuous sea-changes in store for the Sea King, the comics industry and America itself, the stories in this book signal the end of one glorious era and the promise of darker, far more disturbing days to come.