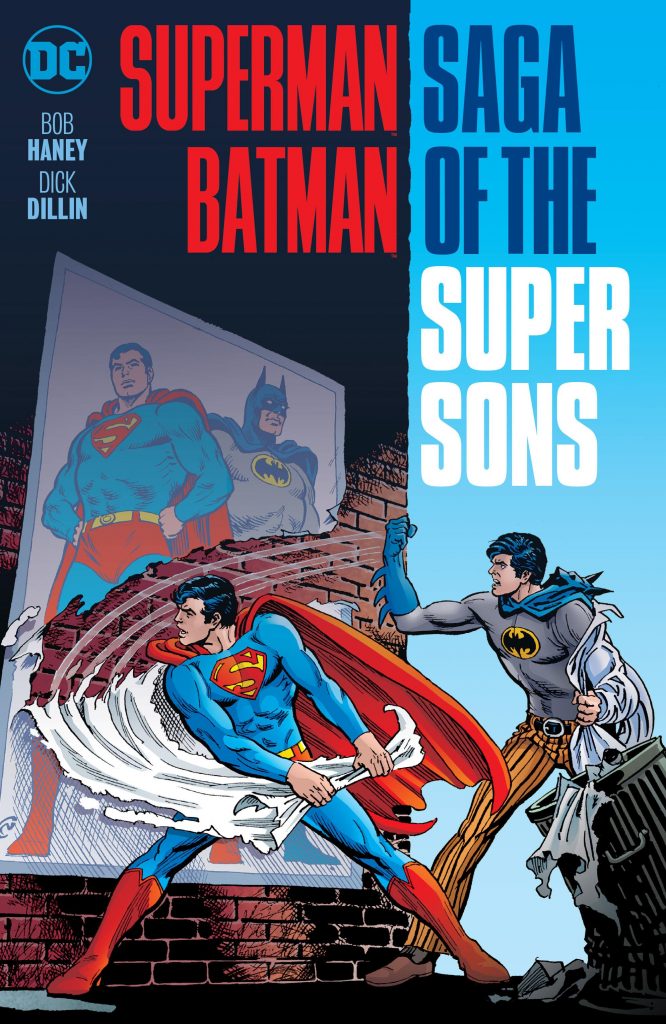 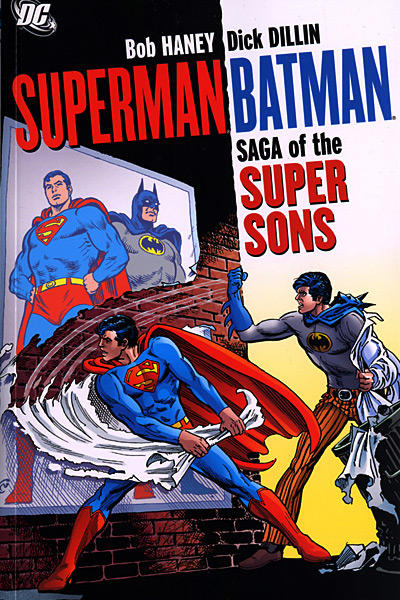 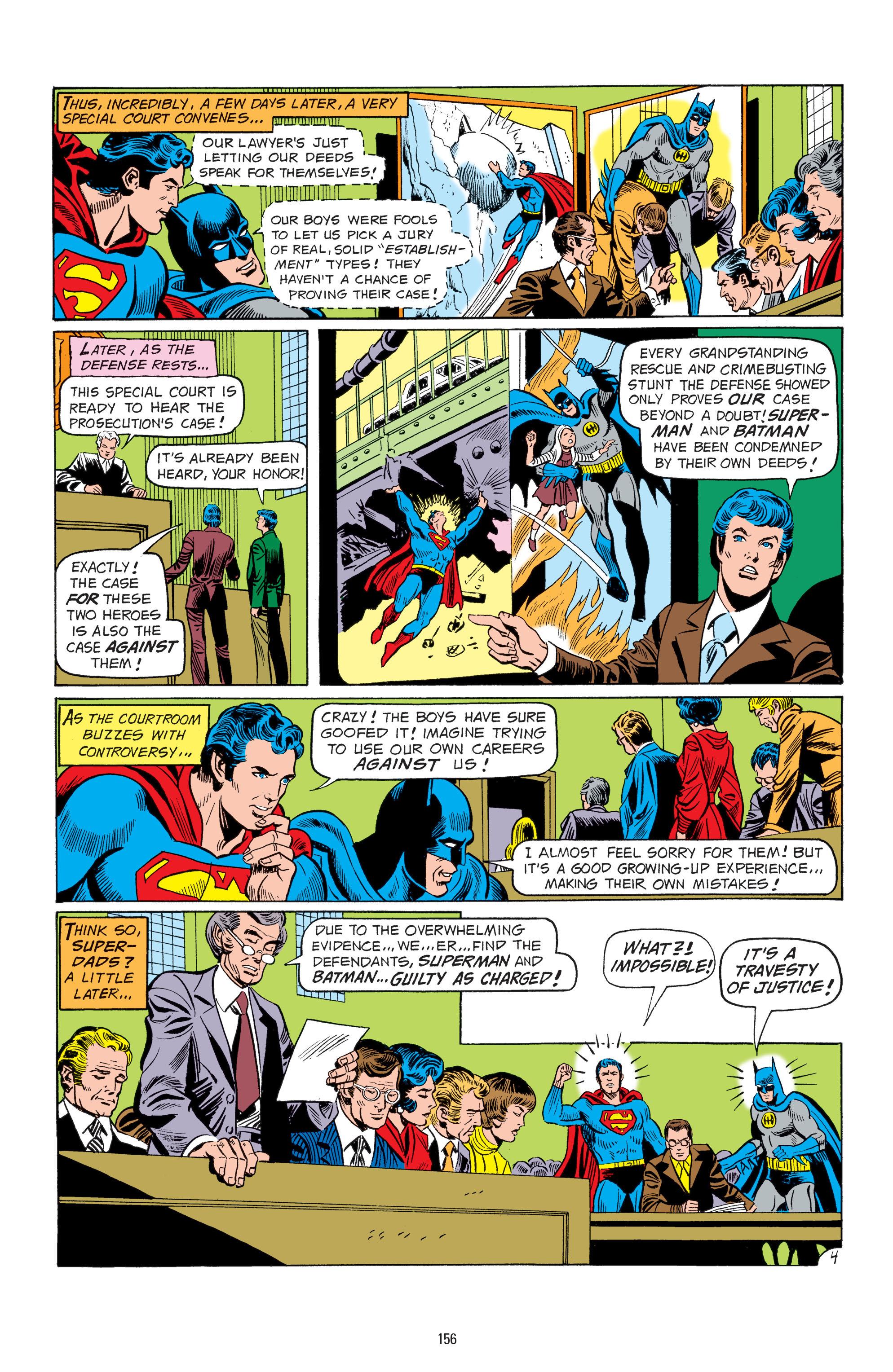 Super Sons in their earliest incarnation united the sons of Batman and Superman in a vague future for stories that appeared sporadically from 1973 to 1980, all written by Bob Haney, most drawn by Dick Dillin, and collected in their entirety in these 260 pages. It was novel at the time, came to be derided by fans prioritising continuity, and by 2016 had come full circle, revived with a modern twist for a new generation.

As introduced, both Clark Kent junior and Bruce Wayne junior live in the shadows of their famous fathers (their mothers are never identified), whose reputations hang over what are basically well-meaning teenagers. Haney heavily overplays this card to begin with, establishing the generational conflict common to the era, with Superman and Batman cast as the overly protective, fuddy-duddy parents, and manipulative with little respect for privacy.

Haney’s not interested in conventional superhero stories, and has the Super Sons encountering ordinary human problems and mysteries, throwing in bizarre elements to keep readers off guard. It may not fit tight boxes, but it’s consistently creative, and once Haney tones down the hip 1970s dialogue the stories trip along nicely. Even with a greater opportunity for individual ideas in the 21st century, how many writers would centre a plot on a study of inherent human traits, experimenting with a previously undiscovered tribe? It feeds cleverly into the attitudes of Superman and Batman concerning humanity at large. Not everything is as well considered, with a family therapy session in an encounter camp possibly the loopiest, but there’s a definite individual vision, and it drags the content a fair way even when eccentric behaviour and contrivance are the motivators. Time and again you’ll find yourself wondering where a plot is heading, and Haney generally surprises.

Dillin’s art wasn’t highly regarded by fans of the era, and it’s difficult to understand why. Perhaps it’s because there’s no flash about his pages, but the technique is fine. There’s never any difficulty figuring out what’s going on, he leads the eye naturally from panel to panel, you can tell an emotional state from an expression or a pose, and he’s convincing with what are essentially younger versions of Clark Kent and Bruce Wayne. Furthermore, Dillin’s inker constantly changes, yet his art remains clear, and that’s an indication of solidity. Curt Swan buys into the prevailing mood, but compare Ernie Chan and Rich Buckler’s work to Dillin and what stands out is the complete lack of subtlety.

Beyond the hip dialogue, the biggest drawback to this Super Sons iteration is Haney’s depiction of Superman and Batman as irrational and angry to set his stories going. All too often they’ll alienate their offspring instead of being understanding and setting the example they want to instil. There is also the rampant sexism to consider. It can either be laughed off as an unenlightened view prevalent in the era, or taken as pernicious, and that’s the reader’s choice.

Denny O’Neil brought the series to a close with what now seems a dopier revelation than found in any of Haney’s plots, attempting to rationalise them for an increasingly continuity obsessed DC in 1980. Thankfully, the last script Haney wrote for DC returned the Super Sons in cheerful style, and Kieron Dwyer takes the right approach with the art.

There’s no pretending the Super Sons are a lost masterpiece, but they’re far more enjoyable than mediocre by the numbers superheroes lacking any imagination beyond ferrying in the next villain.