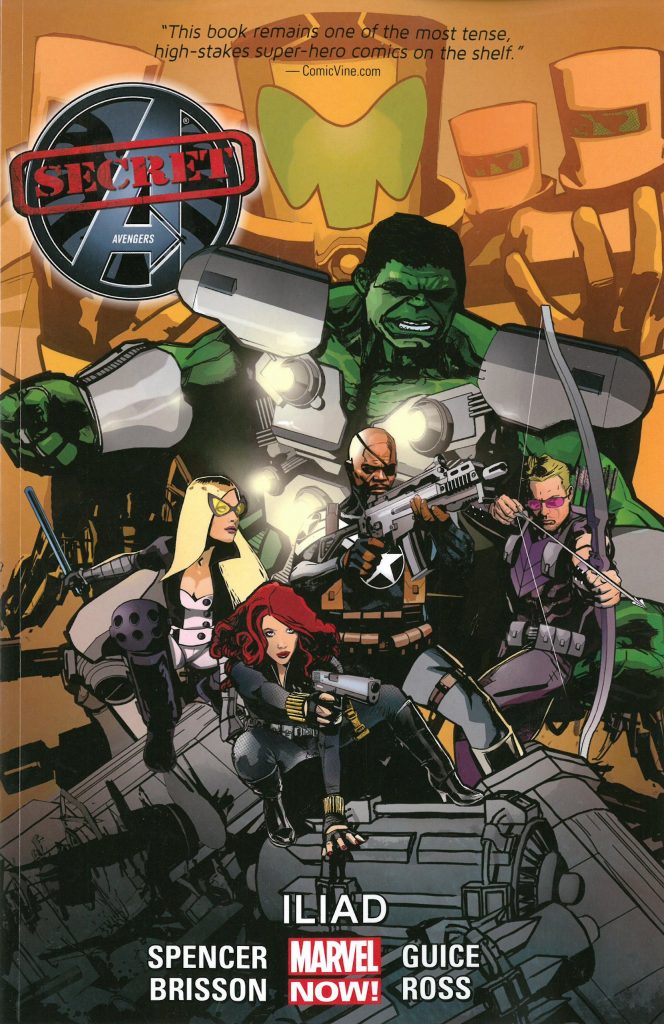 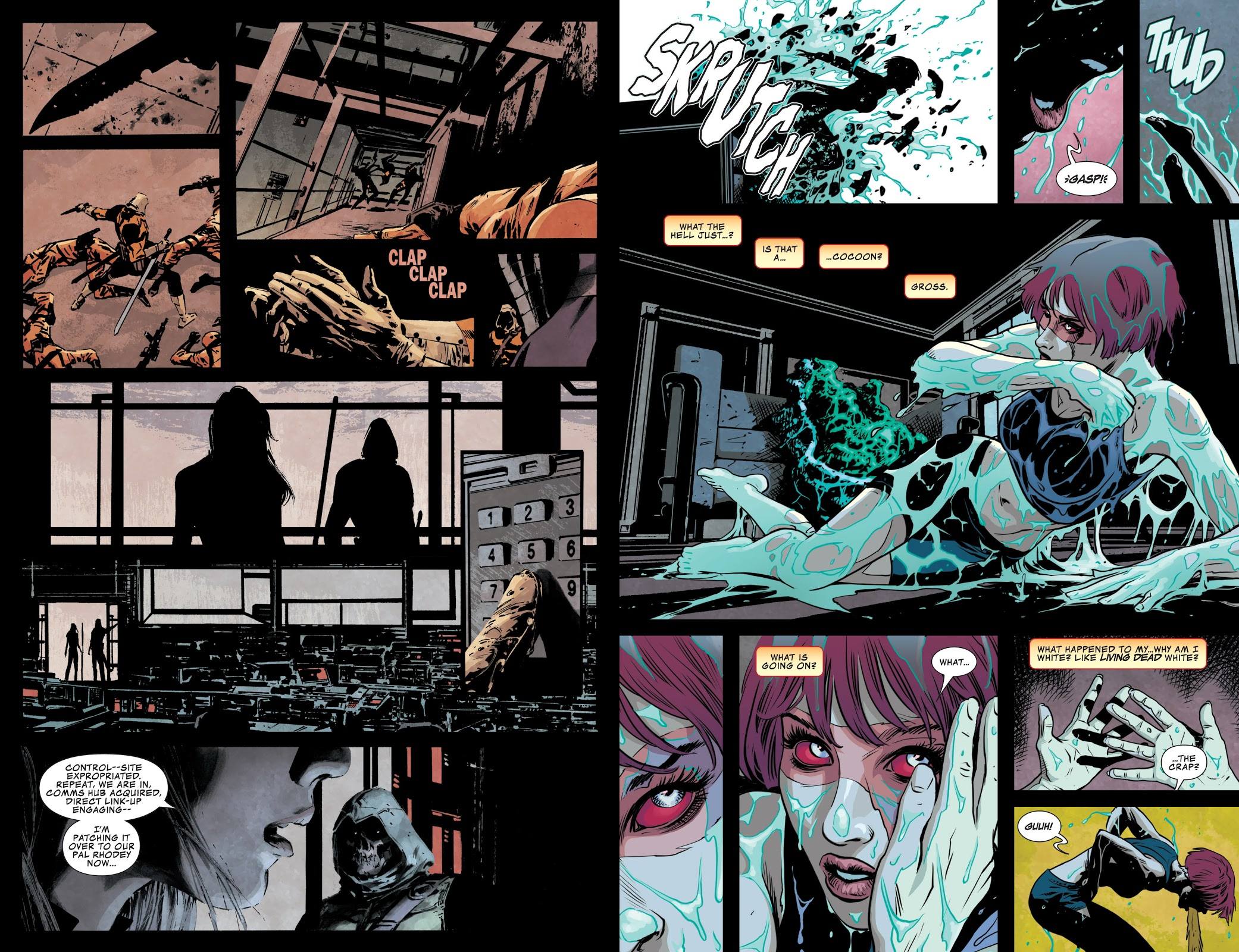 Don’t start here. Iliad is the continuation of a story constructed by Nick Spencer to be complex and disorienting with the intention of leaving readers puzzled. Reverie was intriguing and thrilling, but even readers who have begun there don’t really know exactly what’s going on.

What we do know is that anyone expecting a full complement of Avengers may be disappointed, as despite appearing under an Avengers logo it’s a S.H.I.E.L.D. story, so far with the major participation of Black Widow and Hawkeye. They’ve willingly undertaken a series of missions for the covert organisation knowing their memories are to be tampered with before and after those missions. There was an inducement, but we don’t know what. S.H.I.E.L.D.’s intention seems to have been to bring down a new more capable incarnation of A.I.M., villainous scientists and researchers, but that’s backfired as A.I.M. now have their own nation. It’s also earned that nation a place on the United Nations Security Council, which means they have an influence over S.H.I.E.L.D. Also troublesome is that a platoon of old Iron Man suits, now given a US flag livery, have attained a form of moral sentience, and are wiping out threats to the world. In the complex games played by “security” organisations, this is not seen as a good thing.

Spencer’s opening chapter makes matters worse, but in passing explains how the memory alteration schtick works, and the political manoeuvring behind the control of it comes to play a large part. Black Widow and Hawkeye fade into the background as Mockingbird briefly becomes the focus, but now not as we know her. It’s a clever piece of plotting, and provides a right pickle. However, alongside the thriller aspects Spencer forces the audience to consider the ethics of what’s happening, and you’ll be able to make your own mind up about whether the ends justify the means and who’s right and who’s wrong.

Artists Butch Guice and Luke Ross share the pages, their styles similar enough so there’s no disjointed feeling between chapters, with Steve Epting and Brian Theis also slotting in for a couple of pages. It’s all sold action art, defining the cast well and telling the story well.

However, there’s a bit of a glitch at the end of Iliad as the main story is sidelined in order to accommodate a crossover with Infinity, the story of Thanos invading Earth, although that barely features. It’s written by Ed Brisson, who provides a fast-paced crash course as to how S.H.I.E.L.D. operates in a crisis as seen through the eyes of newly powered Sarah Garza. It heads into some surprising places, it’s well drawn, and a decent story overall, but it’s an intrusion and not the story most readers will want to read, so it might have been better included in a different collection. Spencer and that main story return in How to MA.I.M. a Mockingbird. Let’s hope the content improves on the forced title pun.