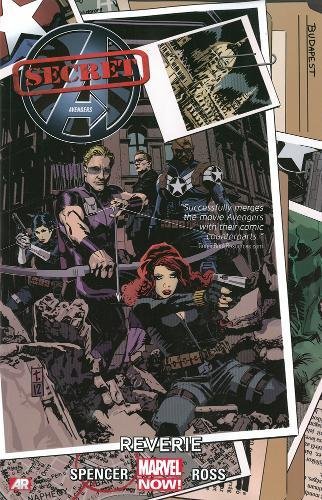 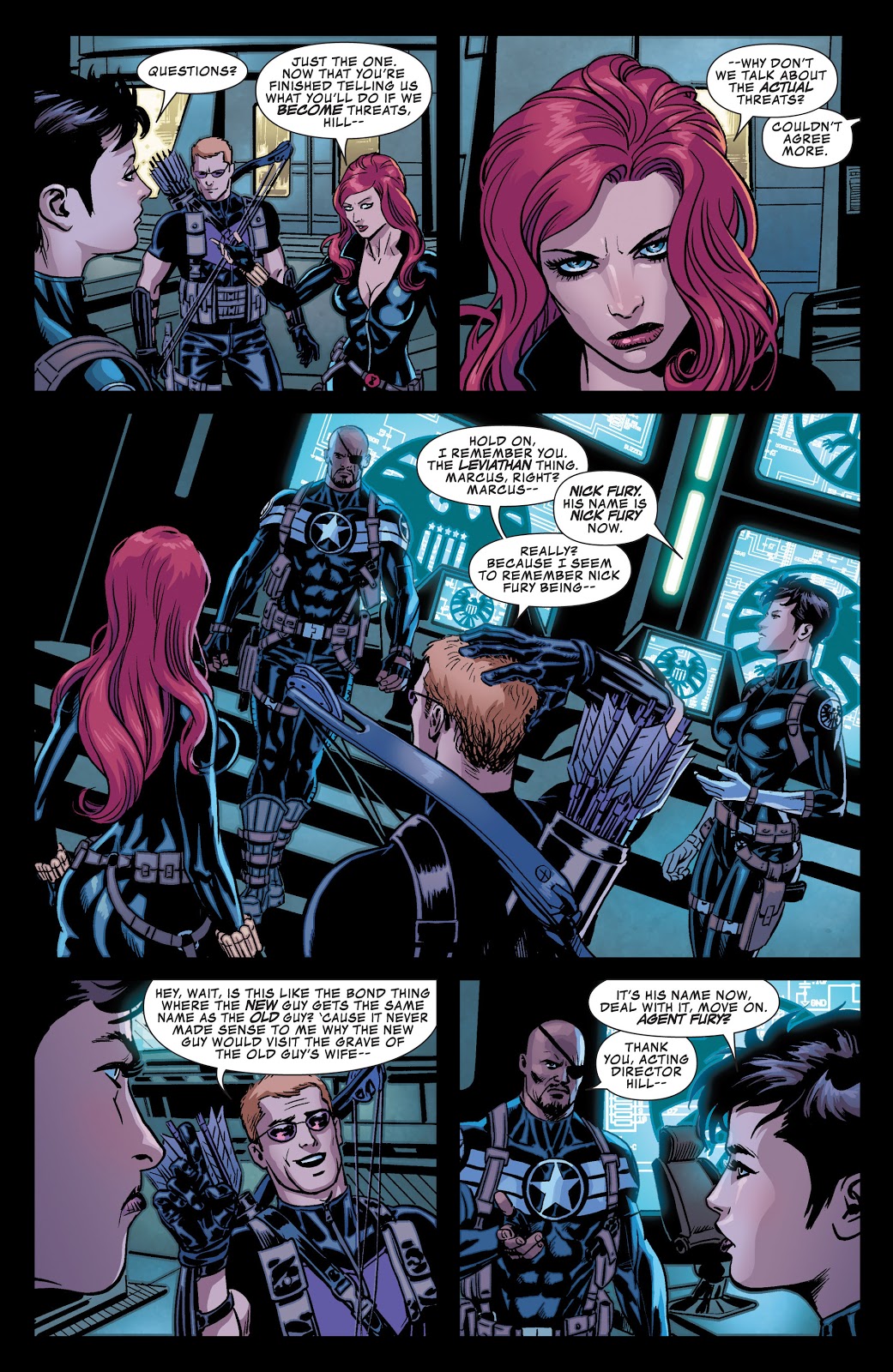 Secret Avengers as written by Nick Spencer in its third incarnation seems intended as the Avengers series for people who’ve not read the comic in years, but enjoyed the movies and the S.H.I.E.L.D. TV show. It features Nick Fury in his Samuel L. Jackson incarnation, S.H.I.E.L.D. agent Phil Coulson, and restricts the Avengers to Black Widow, Hawkeye and the Hulk.

That alone makes it unusual for an Avengers story, but it’s not really an Avengers story. It’s led by S.H.I.E.L.D., and Black Widow and Hawkeye are co-opted into their employment. The process isn’t as simple as that, but you’ll want the surprises as you read Reverie. Spencer includes several references to James Bond films, and he’s taken his lead from their 21st century catalogue when it comes to plotting what’s a complex story with constant levels of deceit and manipulation, and not complete here. You’ll have to work through five further books to arrive at all the answers, but based on this, it’s a journey worth taking. Spencer sets a humdinger of a conflict while keeping much concealed, both from the readers and from some protagonists. In fact by the time you’ve read the final chapter here you’ll wonder if even Maria Hill is aware of the complete bigger picture. The Avengers certainly aren’t. Criminal scientists A.I.M. might be, and they’re rapidly expanding their influence from their island state, having recruited several well known villainous faces.

Artist Luke Ross is also being manipulative. This isn’t his expansive painted style of art, but a more functional approach for multiple characters and detailed locations. Everything needed is present and correct, but the art is more anonymous than the usual Ross pages.

Spencer raises some ethical questions, especially regarding the morality of murdering in the name of national security, and that’s among several other approximations of how we might imagine expedience works among actual spy organisations. Ultimately whether or not that’s the case is irrelevant as Spencer sells it successfully. There’s a lot needing answered as Reverie ends, and there’s a liberation in not really knowing what the hell is going on. Iliad is next. 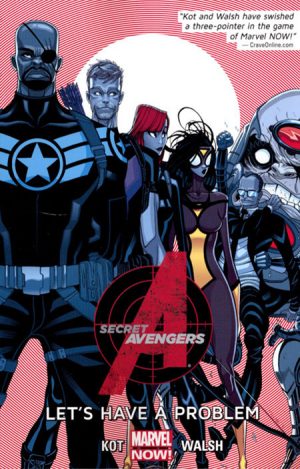 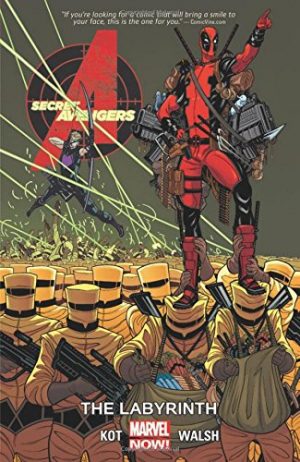