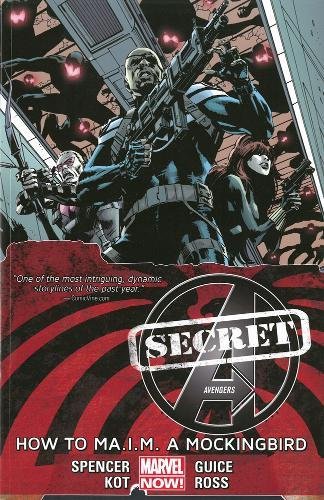 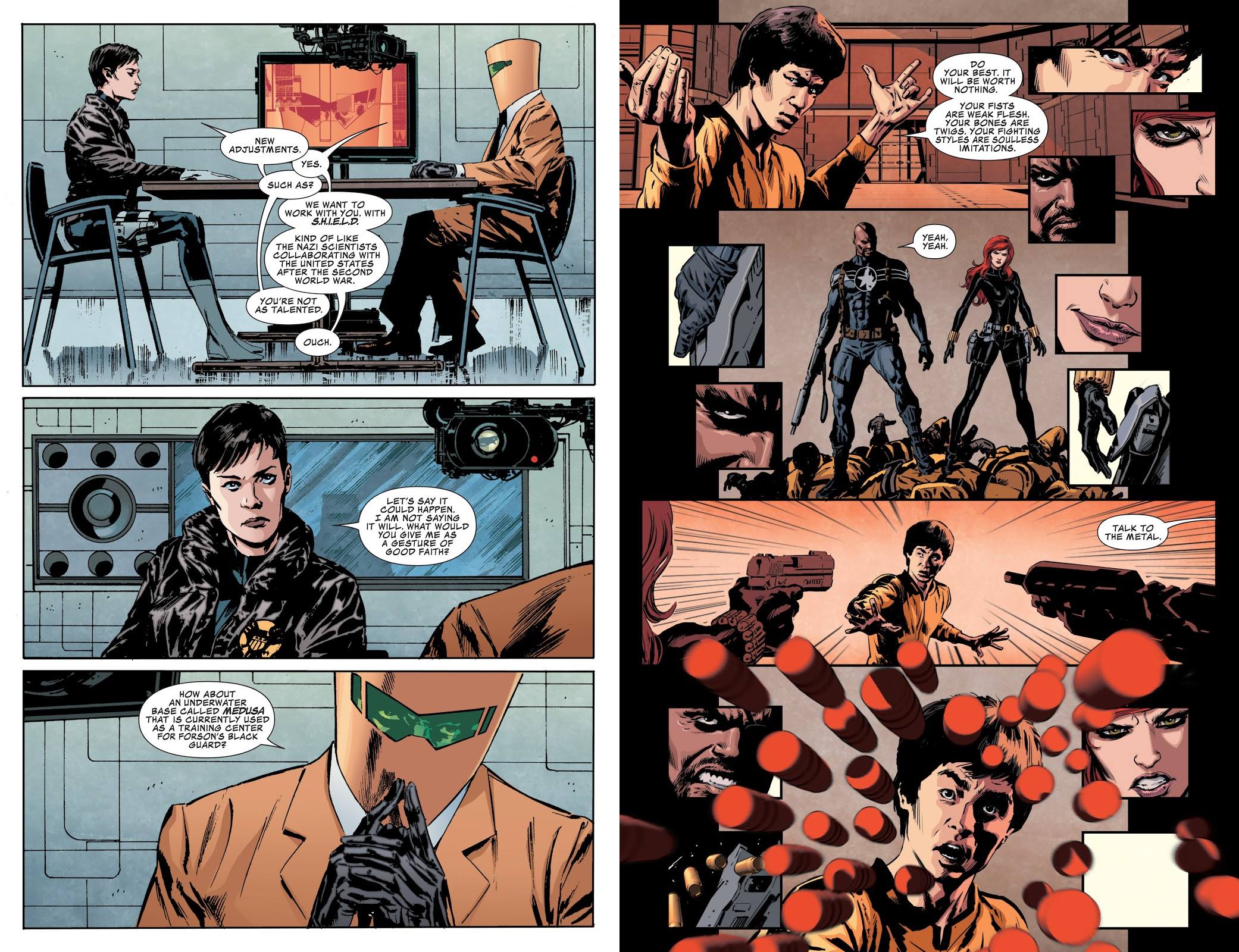 What’s actually a S.H.I.E.L.D. series masquerading as an Avengers title sort of concludes with this third volume, which is certainly not the place to start Nick Spencer’s convoluted story. The Avengers we’ve seen so far have largely been in passing, and that’s the case here as we pick up on what’s happening to Mockingbird from midway through Iliad. When memory altering technology was taken offline her previous memories were restored, but she’s no idea why she’s now in the body of an overweight middle-aged man on A.I.M. Island.

She’s not the only one with problems, and strangely it’s A.I.M. that has them. There are disagreements about the way the organisation is being run, with some influential and powerful old guard of the view that fanatical ideology isn’t the way forward. A success of Secret Avengers in this iteration is the constant sense of mistrust and unease. Now we’re aware memory manipulating technology has been used, there can be no certainty that even the main characters know if they’re telling the truth or not. With Spencer having Aleš Kot on board as co-writer, and Kot having been highly acclaimed for the twisting of memories in Zero, things become even more complicated.

While Butch Guice remains professional, it looks as if these pages have been created a little faster than those in previous volumes. Some faces are wonky, and although by the standards of most artists the action’s fine, Guice isn’t most artists. Luke Ross returns for the final two chapters, moving the art closer to his more normal style, experimenting with the layouts and forming a good combination with colourist Matthew Wilson.

A type of truth is achieved at the end, but it remains murky, with no clear indication what role Winter Soldier has played beyond a couple of cameos. The final chapter is a smart idea, circling around a few characters who’ve played a part and giving them closure, and encompassing a variety of moods in doing so. The pages with Mentallo might have had greater resonance if more time had been spent with him earlier, and because there’s no obvious purpose, the ending with Mockingbird might have been better scrapped, but other endings are clever, and fit the established tone. Kot sort of continues from this point in a follow-up Secret Avengers series starting with Let’s Have a Problem.

This Secret Avengers has been a fourteen chapter story over three volumes, accompanied by two bonus chapters last time. As such it’s been largely successful, well drawn, and greatly more satisfying than not. Only people quite reasonably expecting an Avengers story under an Avengers title are likely to be let down. 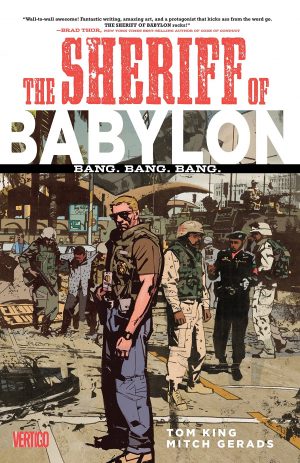