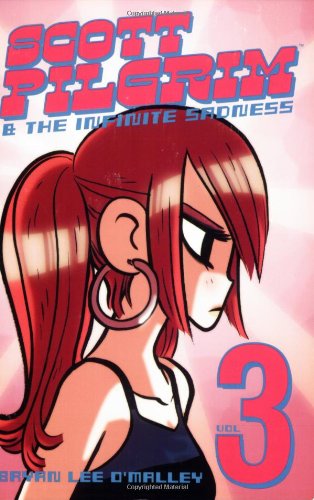 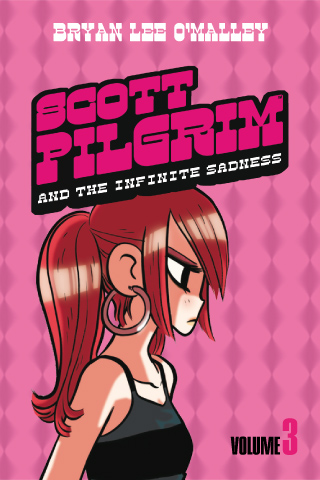 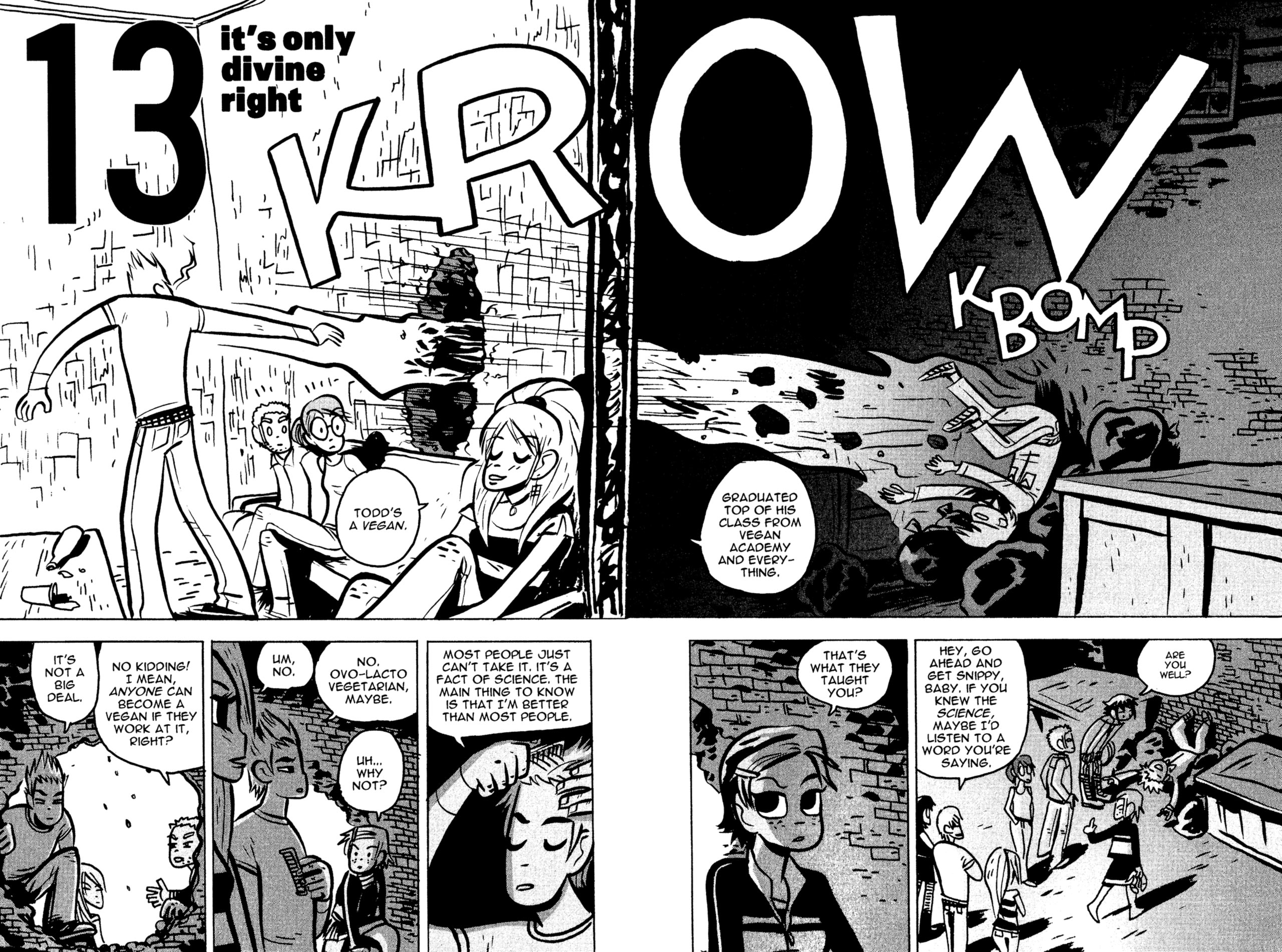 Continuing from Scott Pilgrim vs. the World, Brian Lee O’Malley’s series is about a twenty-something slacker attempting to defeat seven evil ex-boyfriends so that he can date the woman of his dreams. It’s a funny, bizarre and cool mash-up of Japanese manga, videogame and anime styles through a Canadian indie-rock, D&D role-playing setting.

The third volume improves on the first two with more of everything. More jokes, more relationship drama, more twists, and more fights as Scott has to battle Ramona’s third evil ex, Todd Ingram, who turns out to be the current boyfriend of the ex-girlfriend who broke Scott’s heart, rock star Envy Adams. Unfortunately, Todd has psychic powers, because he’s a vegan (“graduated top of his class from vegan academy and everything”), and Scott can’t hope to match his superior bass playing skills either.

Meanwhile 17-year-old Knives Chau is still obsessed with him and has morphed into a deadly ninja, his band is as ramshackle as ever and Ramona Flowers doesn’t like his ex at all. O’Malley’s witty dialogue and unlikely plot ideas are packed with references to 8-bit games and guitar music, creating an alternate universe that’s completely ridiculous but somehow quite believable, filled with lots of great moments. His drawing is a little shaky at times and it can be difficult to tell some of the characters apart, as they all have very similar faces, but that’s a relatively small problem given the speed with which this story unfolds.

In 2013, Scott Pilgrim & the Infinite Sadness was given a deluxe upgrade and reissued in a new hardback edition, larger in size and in full colour throughout. The new colour hardcover also includes forty pages of extra material featuring a Scott Pilgrim story created for free comics day, a solo Kim Pine story, original sketches and designs for the series, and some deleted pages. Readers new to this series may find it more appealing than the original black and white softcover version. The next volume is Scott Pilgrim Gets it Together.