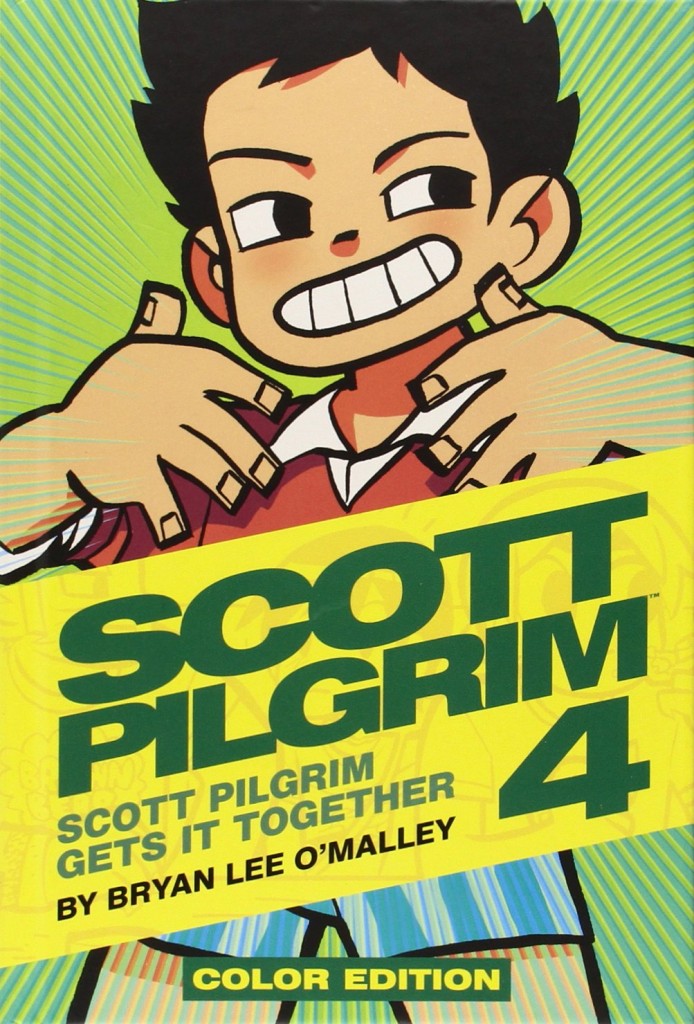 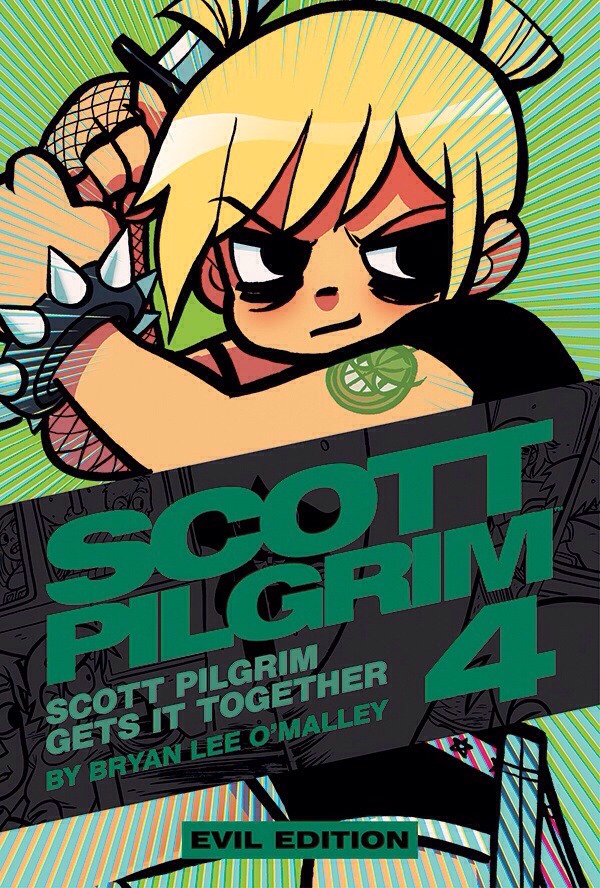 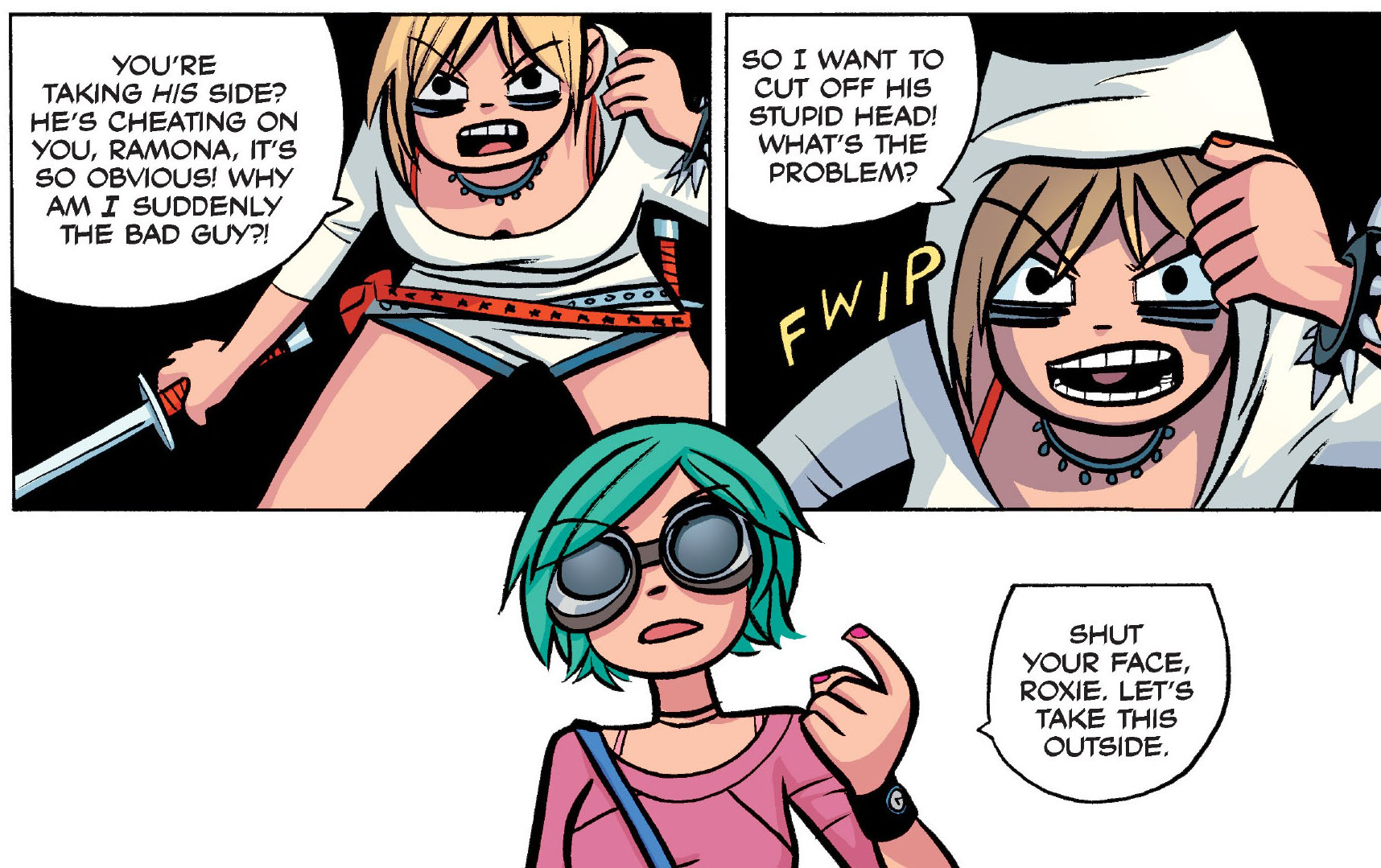 Scott Pilgrim Color Hardcover Volume 4: Scott Pilgrim Gets it Together is a deluxe reissue of Bryan Lee O’Malley’s smash-hit videogame/romance/fight epic previously published in 2007, and continued from Scott Pilgrim & the Infinite Sadness. The new colour editions of the Scott Pilgrim series have been stylishly coloured by Nathan Fairbairn, working closely with O’Malley who has tweaked some of the art and rewritten a few jokes to take advantage of the new format.

In this volume Scott Pilgrim finally makes some moves towards stability in his life; finding a job, moving out of the crummy cheap apartment he shares with Wallace Wells, and getting seriously committed to Ramona. And of course he has to battle and defeat the next opponent from the League of Ex-Boyfriends. An additional complication is that there seems to be more than one mysterious adversary this time around. And why is he being followed by ninjas? Scott is as distracted and clueless as ever, thinking about every activity as a variant of gaming – he compares working in a  restaurant to the Final Fantasy “job system” – and his general air of confusion only deepens when a girl from his past turns up to complicate his feelings for Ramona, who coincidentally has her own visitor.

O’Malley’s series, just past the halfway point, increases the focus on character growth in this volume as Scott Pilgrim really does try to get it together. It’s funny and weirdly unpredictable, the drawing is getting nicer and the dialogue is always very witty and quotable. Scott himself is still an unusual protagonist who is somewhat blank at times, but if you’ve enjoyed the series this far, the slightly slower pace of this volume will be a welcome chance to spend more time just hanging with the characters as they go about their (slightly bizarre) daily lives.

This new colour hardcover also includes 20+ pages of extra material featuring original sketches and designs for the series. With the colour, increased size, whiter paper and all the extras, these are the definitive way to experience this series and new readers may find these editions more appealing and better value than the original black and white softcover versions. volume five is Scott Pilgrim vs the Universe.