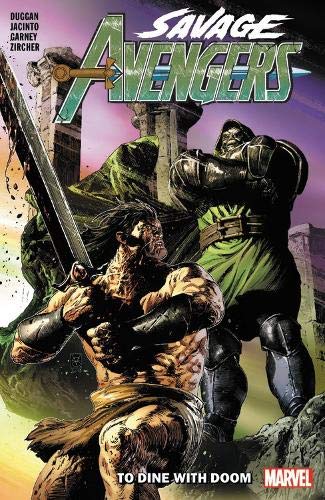 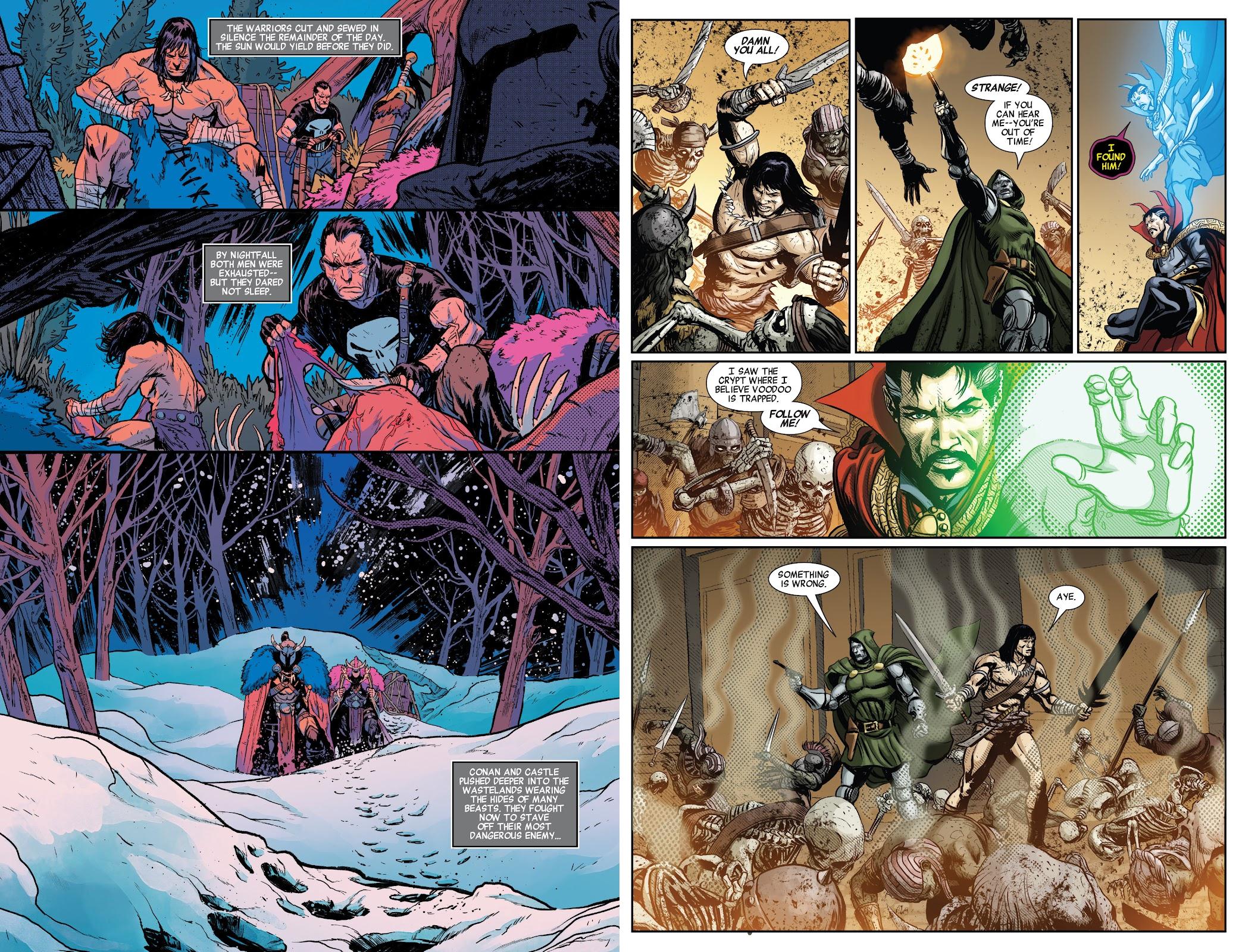 To Dine With Doom opens with a great chapter of Conan the Barbarian bonding with the Punisher. There are obvious connection points, and Gerry Duggan makes them, along with a sprinkling of jokes, but what cements this formidable story is that Duggan could have just thrown in the obvious slaughter, yet he goes beyond with some genuinely touching comments and smart observations. All this occurs during the morbid occupation of them dragging the coffins of the Punisher’s wife and children back to civilisation after their abduction in City of Sickles.

That opening chapter is drawn by Kim Jacinto, seeming strangely expressionistic at first in combination with Tamra Bonvillain’s bright colouring, but it’s a style that grows. Patch (formerly Patrick) Zircher draws the four chapters of the title story adhering more to the traditions of superhero comics. It’s cleaner, but stiffer. Ron Garney on the final inclusion restores the necessary grit.

Doctor Doom’s presence is logical since 21st century writers have made far more of him straddling worlds of science and magic. His interest is in the amulet Conan carries, a source of possible magical power that also attracts Doctor Strange. It’s quite the tricky narrative choice to deliver what’s essentially a Conan story involving mainstream Marvel characters, yet Duggan takes that premise and supplies it with ease, and then tops the achievement by turning it into a Doctor Strange story.

Talking of which, this might have an Avengers title, but Duggan uses the series more like the 1970s version of the Defenders, where so many heroes passed in and out assisting a core team. Daimon Hellstrom was among them, then still referred to as the Son of Satan, and he turns up in the final story in which Conan tackles some South American slave traders. It’s lightweight, but fun, or at least as much fun as something involving that dark theme can be.

While the first volume was better than average, Duggan is more creative on To Dine With Doom, and it’s a good sampler if you want to see Conan in the 21st century. Enter the Dragon is next, or alternatively Duggan’s entire run is collected in the Savage Avengers Omnibus. 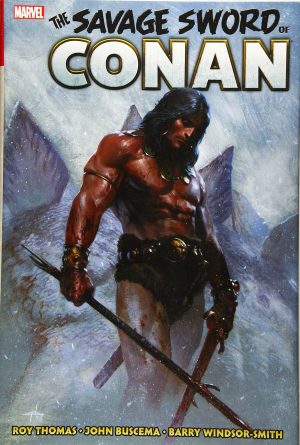 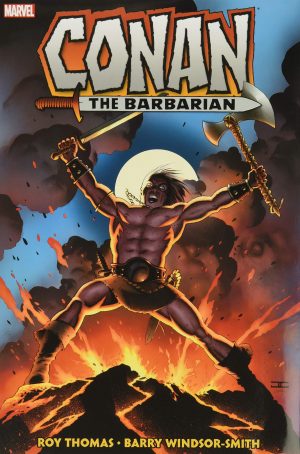