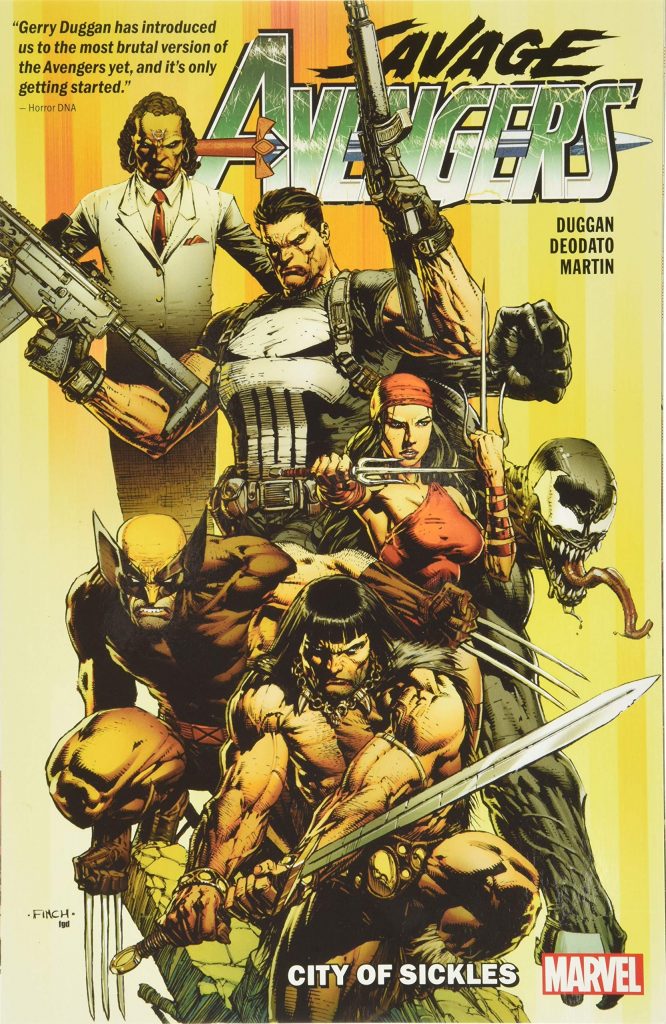 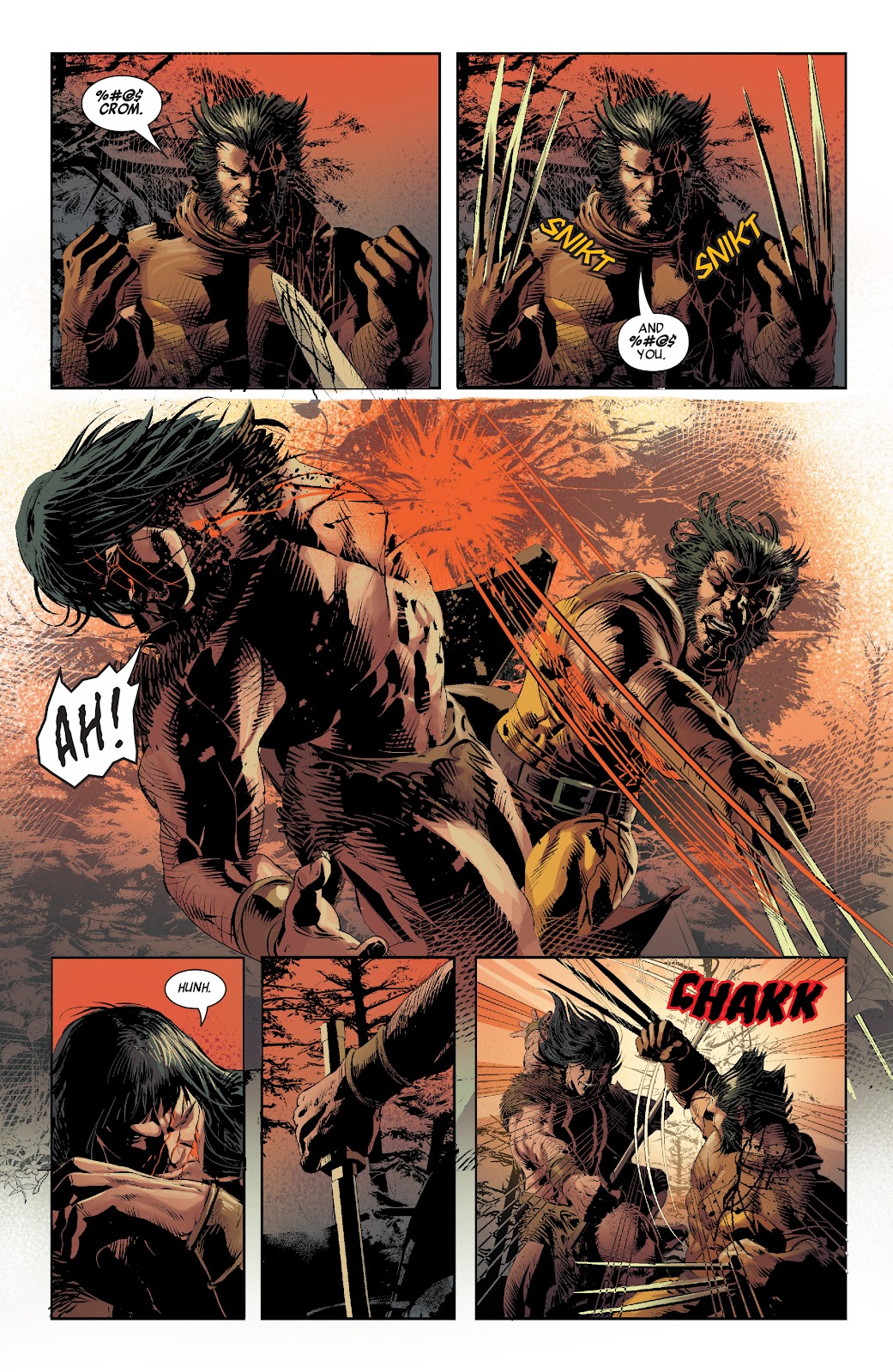 When Marvel reacquired the rights to Conan the Barbarian in 2018, the agreement seemingly permitted a wider usage than in the late 20th century. His arrival in the present day Marvel universe was trailed in Avengers: No Road Home, and he was sensibly deposited in the Savage Land where over the opening chapter Gerry Duggan and Mike Deodato provide a bloody and enthralling battle with Wolverine. That starts with Wolverine tracking some Hand ninjas, a group seemingly infinite in number willing to be slaughtered over the years, but he’s actually been lured by a mystical maniac who needs the blood of killers to summon a monster from beyond the stars.

As might be imagined given the cast on the cover portrait, this isn’t an Avengers team for the faint-hearted. Actually, it isn’t an Avengers team at all, really, just a random collection of Marvel heroes in search of a team title. Among the stabbings, throat slashings, decapitations and other adult level violence, the most gruesome scene is that of Wolverine attempting to restart Doctor Voodoo’s heart over two pages of prodding and squeezing before ninjas interrupt the proceedings.

Deodato’s an artist who consistently makes little tweaks to a style that’s always been extraordinarily effective due to a great sense of how to lay out exciting looking action art. That’s what he provides for City of Sickles, but adopting a more shadowy inking style apparent on faces, and a slightly sketchier approach to figures, more like the style that first attracted attention in the 1990s. However, there’s one half page where it looks as if three characters are about to start dancing rather than fighting.

Duggan has a dark sense of humour, but drags his plot on a little too long, stretching the bounds of credulity too far with a few switches too many. However, the mix of savagery and sorcery hits the spot overall, with the participation of everyone logically explained and everyone given a part to play. It also has a few great moments, one toward the end when Conan explains who Crom is, a scene Deodato draws beautifully.

City of Sickles opens a continuing plot that continues in To Dine With Doom. Alternatively this entire run of Savage Avengers is combined in oversized hardcover as the Savage Avengers Omnibus. 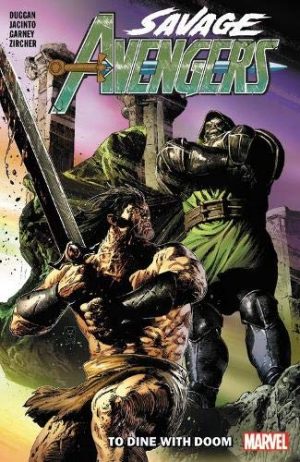 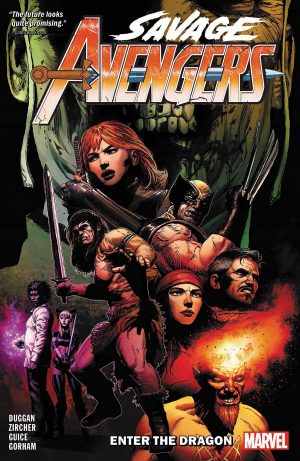 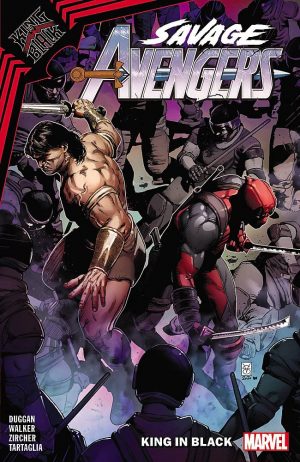 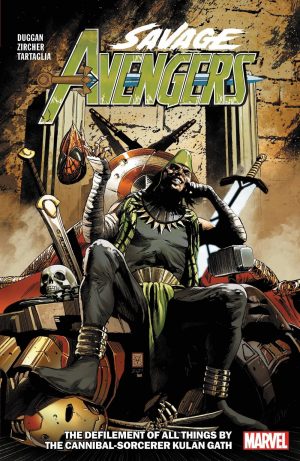