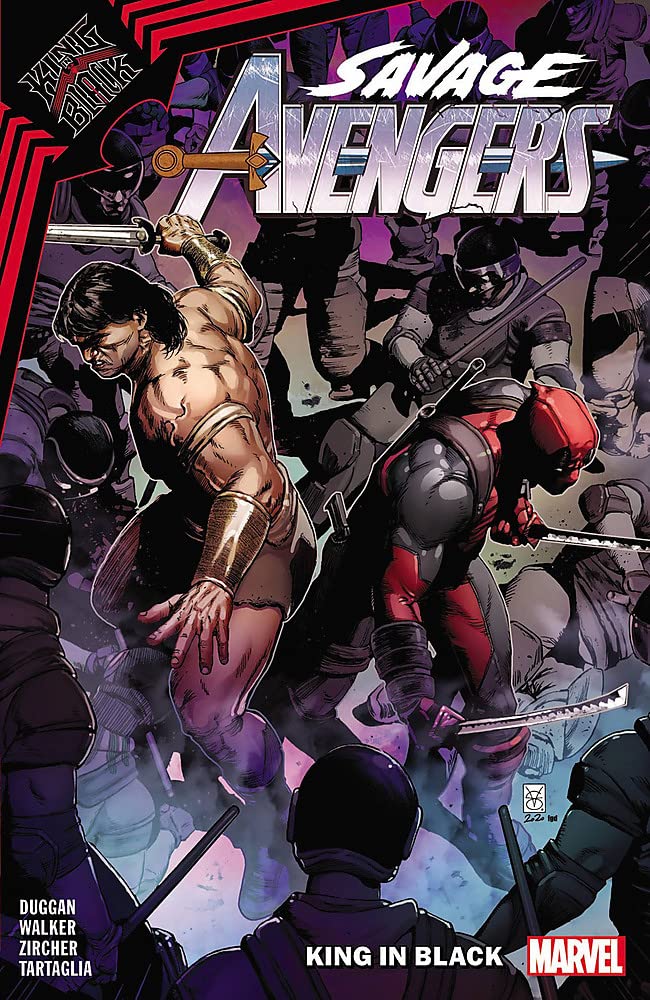 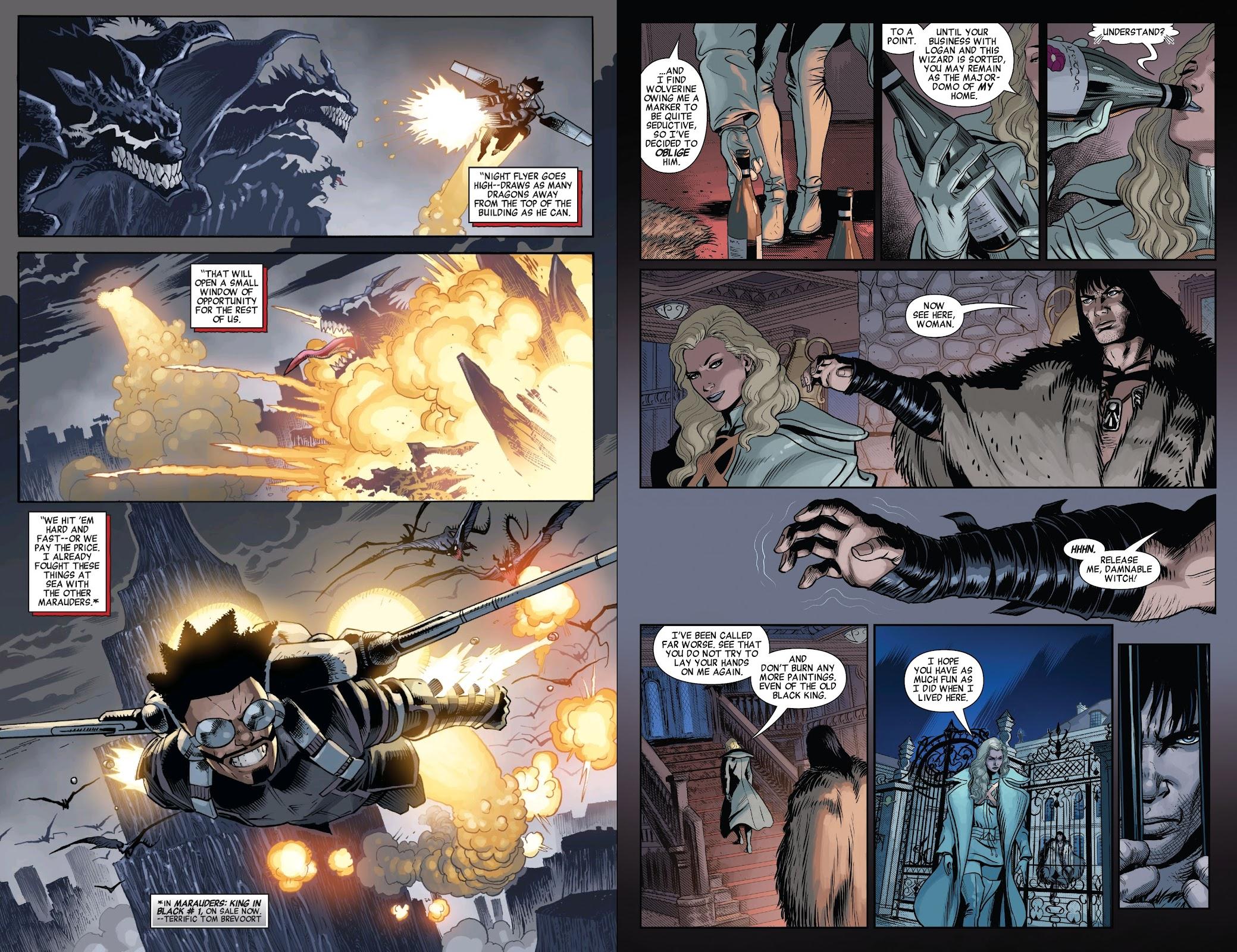 It took a while to become obvious, but this incarnation of Savage Avengers is one long-form story from Gerry Duggan broken down into chapters. Hyborean age sorcerer Kulan Gath has arrived in the 21st century, and that appears to be connected with the simultaneous arrival of Conan the Barbarian as some kind of counter-balance. Conan has killed him in the past, although that’s only been a temporary impediment.

So is the intrusion of the company-wide King in Black crossover in which Knull, god of the Venom symbiotes arrives on Earth. Duggan embraces it to supply a meaningful Knull/Conan interlude before the Barbarian joins Deadpool and Night Flyer in looting the supposedly empty Hellfire Club. It’s an interlude in the bigger story, respectful of both that and the crossover, with Duggan switching the focus and purpose several times, and Kev Walker drawing the hell out of the entire process. What’s not to like?

Events of the first story leave Conan in New York, where he settles nicely, and Patch Zircher again takes over the art. He was unable to invest Conan with the necessary power in Enter the Dragon, and that’s again the case, which is puzzling as that’s certainly no problem when it comes to the Rhino during a fun caper. Spider-Man is also involved, after which there’s an encounter with the Ghost Rider, but it’s safe to say a Ghost Rider of a type never seen before. Duggan’s let his imagination fly high, but unfortunately with the exception of a pin-up page Zircher keeps the action closed in, and the visual opportunities evaporate.

One hell of a cliffhanger leads into The Defilement of All Things by the Cannibal-Sorcerer Kulan Gath, one proving Duggan hasn’t forgotten a plot with Doctor Strange left unmentioned since an earlier volume. This has been fun, which applies to the series as a whole, so you might prefer the hardcover Savage Avengers Omnibus coming in January 2023.