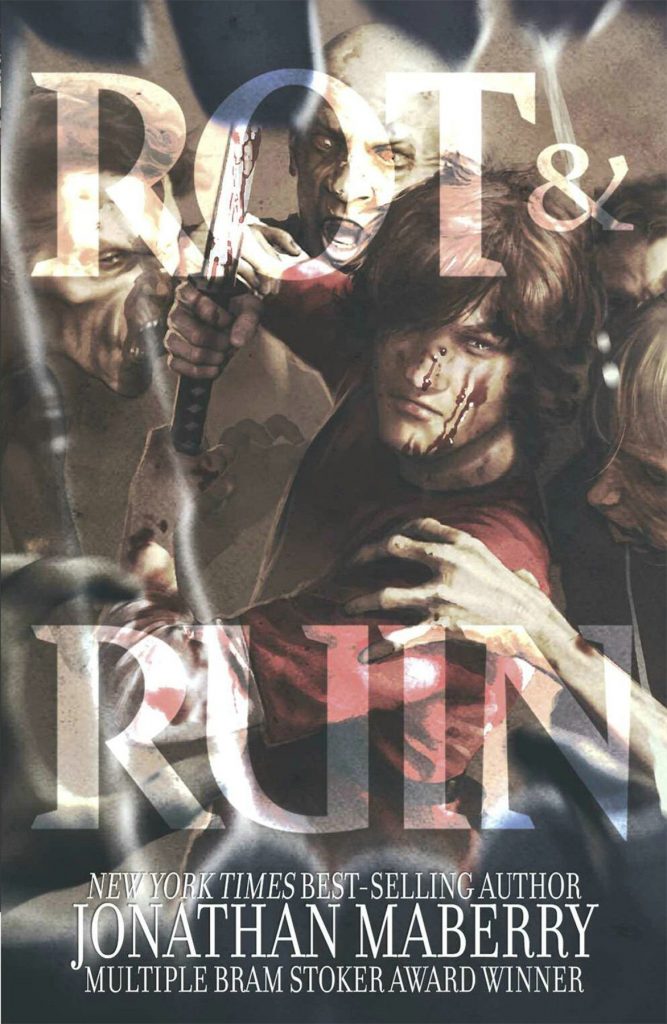 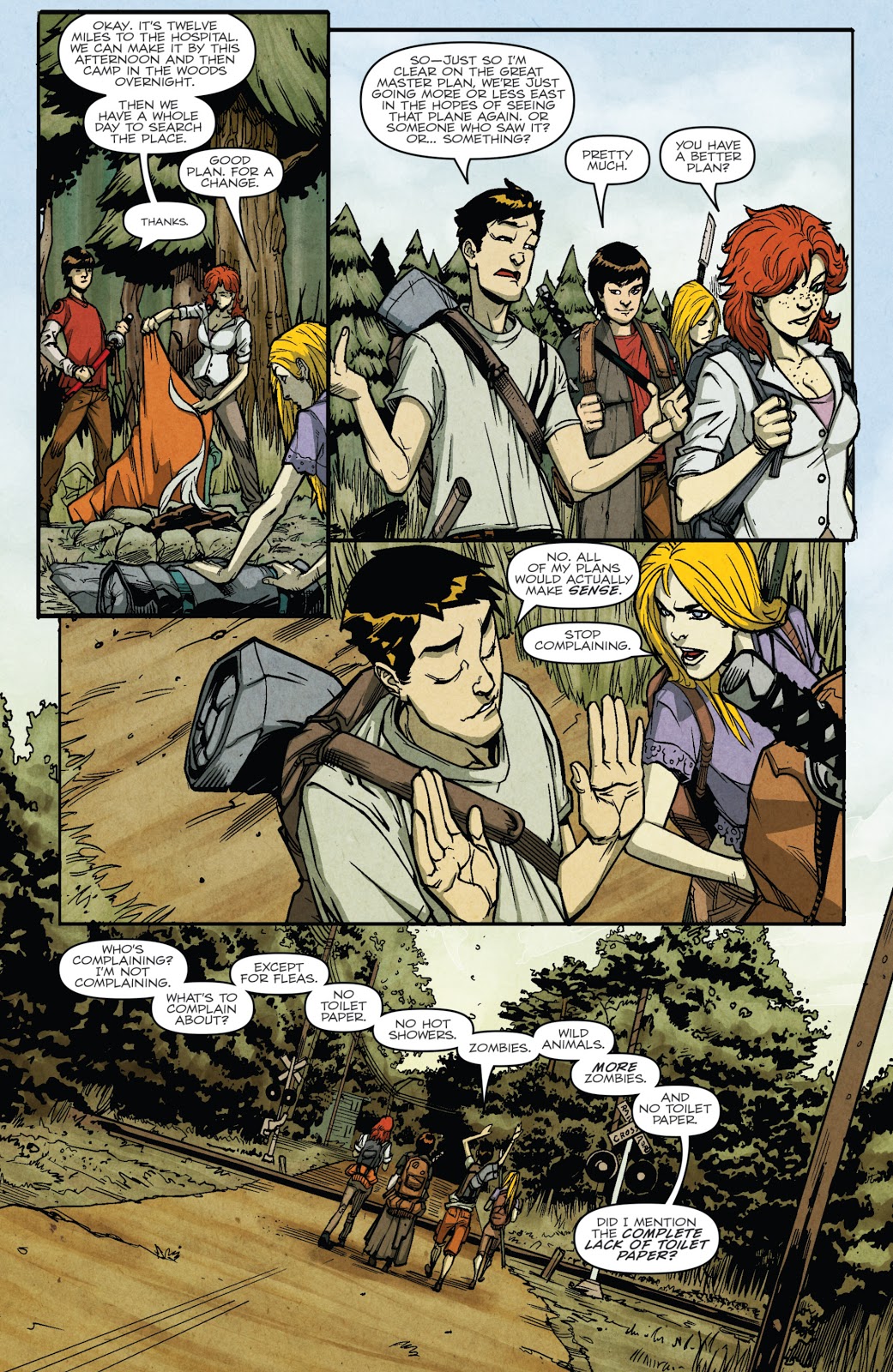 Jonathan Maberry’s take on the zombie apocalypse spread across four highly acclaimed and award-winning Rot & Ruin novels between 2010 and 2013, and an additional collection of short stories. Between his finale and picking up the series again in 2018 as Broken Lands, Maberry surprised his fan base by offering an addition to the series in comics form.

Maberry was no stranger to comics, having written Black Panther and Punisher stories for Marvel, and his being used to the format means there’s none of the awkwardness sometimes afflicting novelists transferring to comics. This isn’t the story to pick up as a sampler of Rot & Ruin as it occurs after the novels, and so supplies spoilers, but it can be read with no reference to them if desired as Maberry supplies a condensed version of his world over the opening pages. Benny, Nix, Chong and Lilah have so far survived a zombie infested world, and they’ve seen the impossible, a jumbo jet flying overhead. It speaks of a better place, and it’s their mission to locate it.

Despite the massive amount of zombie material available, Maberry stands out due to inventive elements, creating his own zombie lore. The teenagers can mingle among zombies, for instance, provided they move slowly and smear themselves with a substance smelling like rotting meat. He has some neat new ideas about types of zombies also, but they’re best discovered by reading. However, anyone used to zombie stories knows that when something seems too good to be true, it surely is, and Maberry doesn’t bother toying with his audience too long after the surprise ending to the second chapter. Having dropped it provides a grim sense of tension going forward.

Artist Tony Vargas brings all the main characters to life, drawing them distinctively, and is good at defining Lilah’s surly personality, but there are places where greater imagination would have made for greater spectacle. There are also places where his figures are just plain wrong, and as this is a story dependent on people it’s a flaw, as is sometimes over-exaggerating expressions, diminishing emotional moments.

As with The Walking Dead, the zombies are a perpetually hovering background threat rather than the primary business. Maberry explores whether the ethical concerns applied before the zombie apocalypse are still relevant, or if desperate times require a loss of freedom. In essence it’s the same argument applied by governments to the threat of terrorists, but taken to an appalling extreme, prompting a forbidding desperation. It’s never fulfilled as Maberry resorts to standard action tropes and convenient storytelling to resolve the situation created. The result may appeal to anyone already captivated by the Rot & Ruin cast, but there’s not enough originality overall to create new fans.