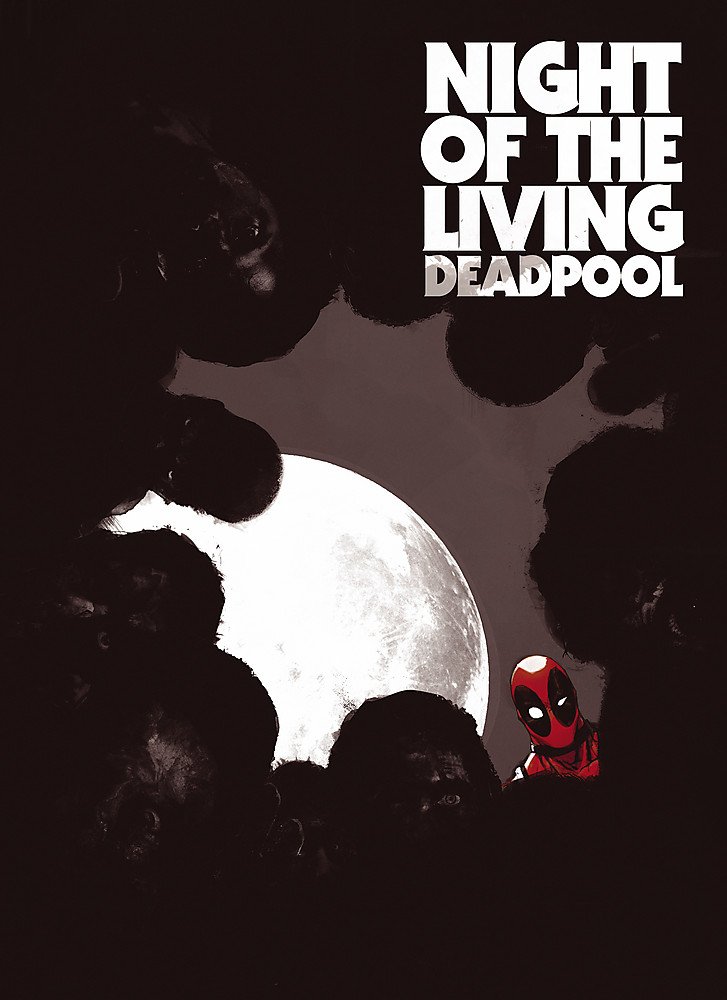 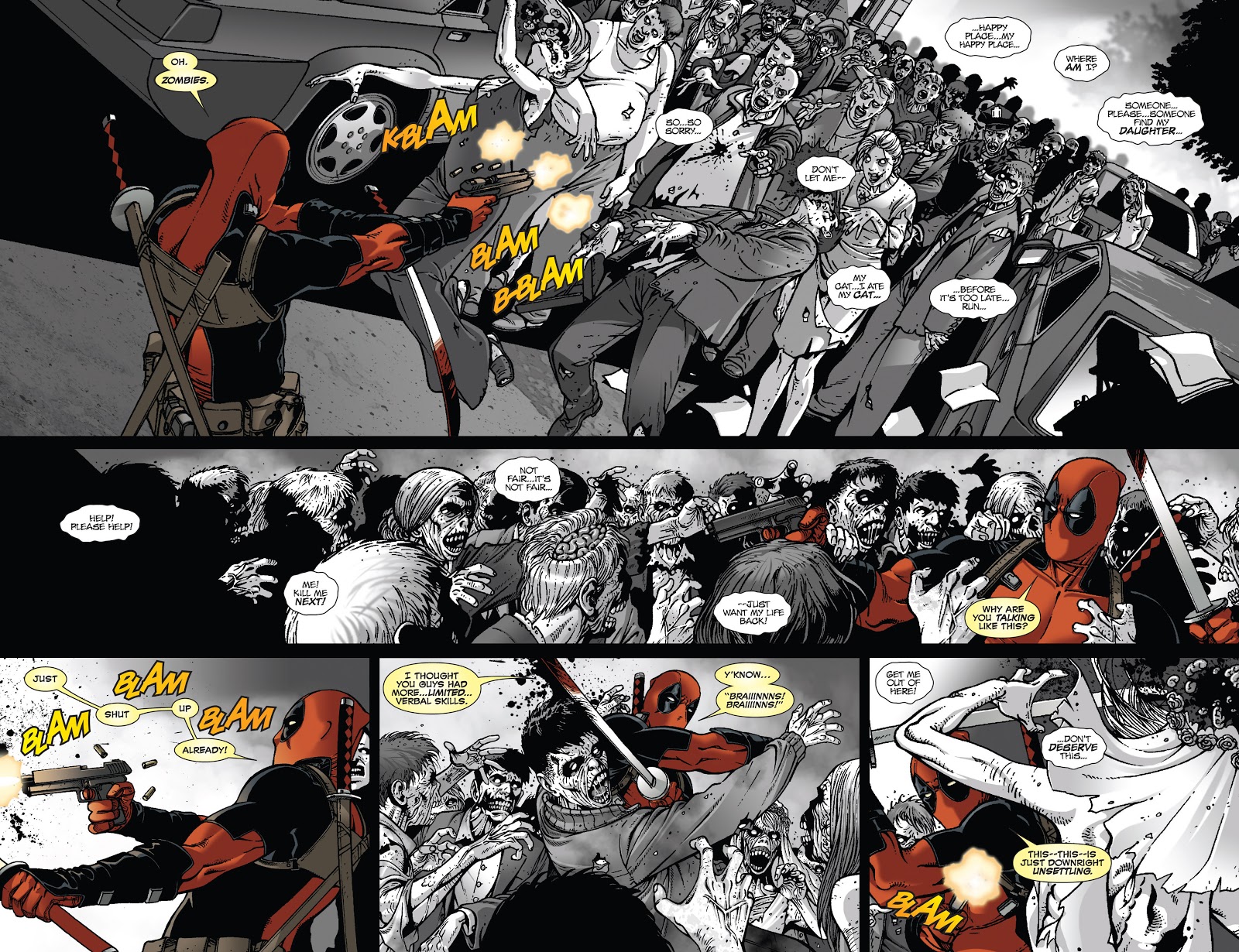 Where’s Deadpool when the zombie apocalypse arrives? Asleep on the table at his favourite Mexican restaurant having monumentally overindulged. Once he emerges blinking into the daylight there’s a vague awareness that something’s wrong, but he can’t quite put his finger on what that is until he runs into the crowd seen on the sample art. It turns out no other superhero has survived, so it’s up to Deadpool to protect what remains of humanity.

It’s a good idea on Cullen Bunn’s part. The survival of humanity rests on a deranged lunatic, although he’s more concerned with his own survival to begin with, and is picky about where he stays, having seen many zombie movies. It enables Bunn to trot out some jokes about their failings and gaps in logic, while Deadpool witters on as Deadpool does. The jokes are there, and Bunn reveals how the zombies came about, but as a story Night of the Living Deadpool is predictable from start to finish.

The one aspect that stands out is the eye-catching art of Ramon Rosanas. The decision to have Deadpool’s costume as the only colour in an otherwise black and white world immediately removes this from the standard Deadpool tale, and Rosanas is an amazing artist beyond that. He’s creative with the viewpoints, a real workhorse when it comes to flooding the pages with zombies and background detail, and he delivers a fine Deadpool in action as well. Movement and detail are so often on the opposite ends of the spectrum when artistic talent is handed out, yet Rosanas combines both, and he’s the star turn.

Despite all the misgivings about the standard plot, Bunn and Rosanas’ work was popular enough to generate Return of the Living Deadpool. Both are also combined with other material in Deadpool Classic 17: Headcanon.