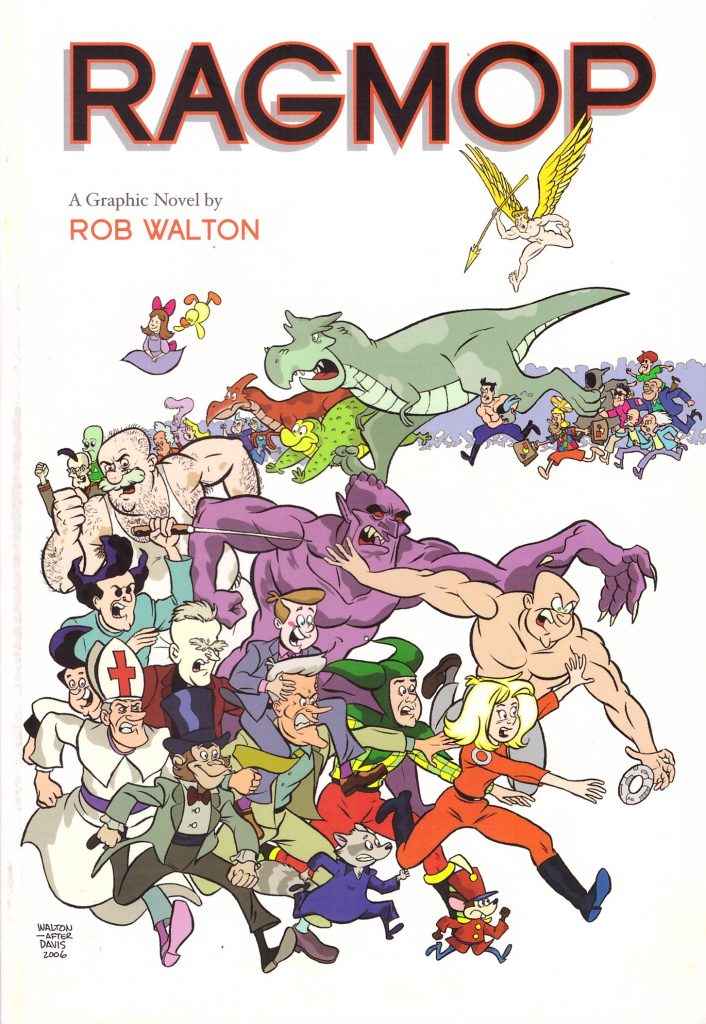 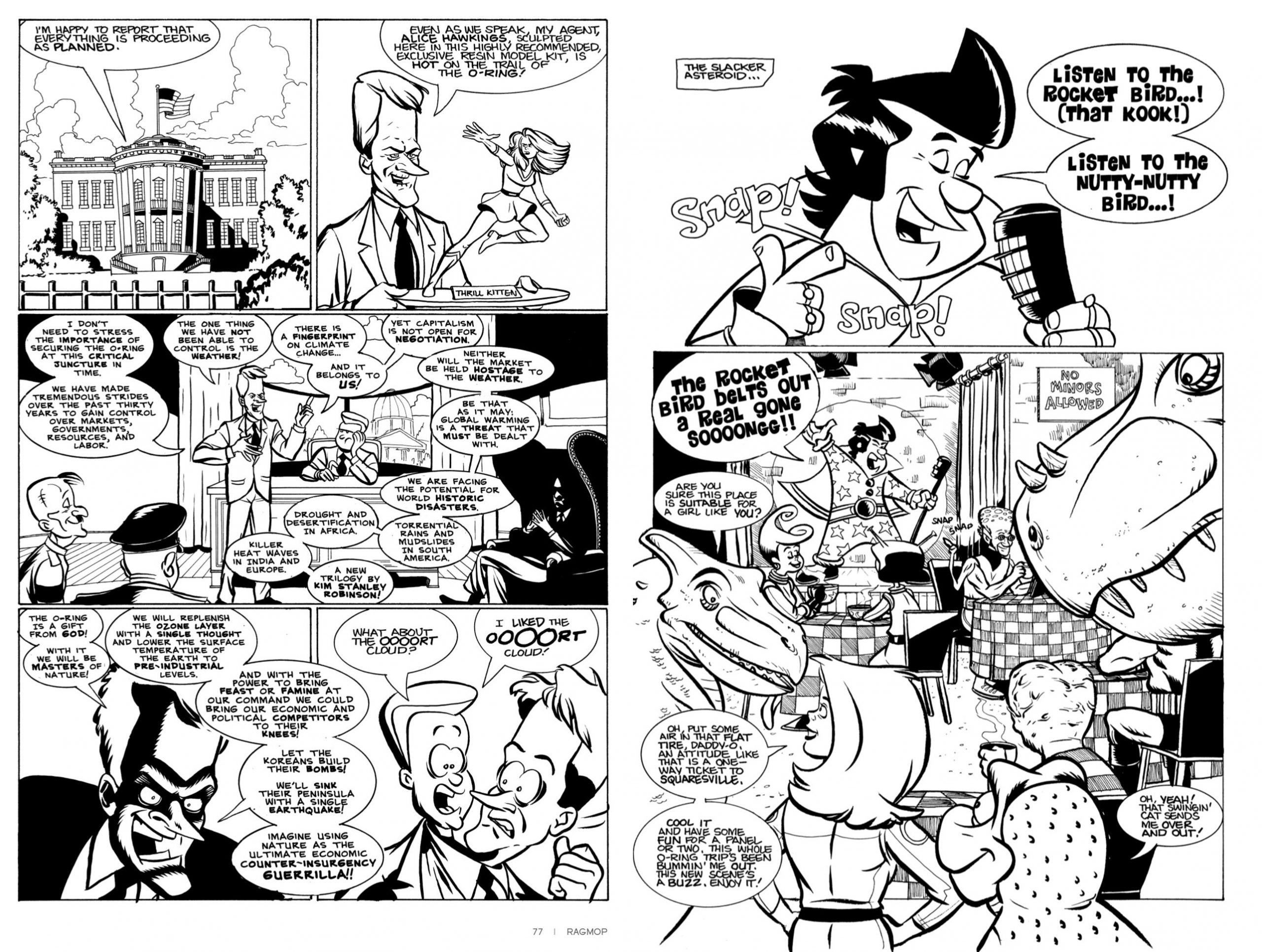 Let’s just restrict the field to graphic novels first published in English. How many have there been since the first tentative steps of the late 1970s and early 1980s? 30,000? 50,000? It’s a subject worth considering because among them all there is no other graphic novel like Rob Walton’s Ragmop. It combines the ambitious planning of Watchmen with the slapstick of Evan Dorkin’s Bill & Ted, alongside the conspiracy theories you’ll find in Invisibles, and like there, they’re all true. It’s a story of personal growth as Alice Hawkins comes to terms with what’s important in life and what she has to do to ensure it continues. It’s a science fiction time travel story where talking dinosaurs fly spacecraft, and it’s a reasoned dissection of what misguided patriots do in the name of their country’s greater good. Theoretical physics, religion and 1960s Marvel comics pastiches are indulged, and there’s a back-up strip explaining the theories of still influential 18th century economist Adam Smith, because Walton also dives into Republican politics.

Attempting to define a central plot is like knitting with spaghetti, utterly pointless, but in the name of convention it concerns a device Walton calls the O-Ring, perhaps best compared to the Cosmic Cube at Marvel, a device that can do anything and everything up to reshaping time and space. Crucially, though, it first has to be commanded by someone. Who should best control such a device? Church? State? A wannabe super-villain? That, however, is just the maguffin as Walton throws in satire after satire, swerving the plot where he will, everything impeccably drawn in a neat cartoon style, yet also a love letter to Jack Kirby. True, the satire sprawls in places, sometimes so much so that the fear becomes that Walton has literally lost the plot and will be unable to pull everything back together, but he does, with precision and hilarity. Among those we meet along the way are Nils Bohr, God, Adolf Hitler, the Piltdown Man and Quentin Tarantino.

Here’s something remarkable. Most creators issue the serialised comics, then collect those comics into a graphic novel. Not Walton. Oh no. He re-mixed Ragmop. Cutting and re-arranging pages, and adding new ones to provide a different reading experience. Some of the cut sections are presented as appendices in the back, along with brief strips by Jon Adams, Rick Taylor, Brad Walton’s Adam Smith biography and surely the longest bibliography ever seen in a graphic novel.

In the interests of transparency and full disclosure, Rob Walton has contributed reviews to the Slings and Arrows site, but that’s not why we’re recommending Ragmop. We’re recommending it as a work of monumental insight and intelligence that’s also screamingly funny and brilliantly drawn. Ultimately its strength is its weakness. Ragmop isn’t for everyone, but if it’s for you, you won’t just like it, you’ll love it.

A sequel, The World Needs Laughter, arrived in 2020.