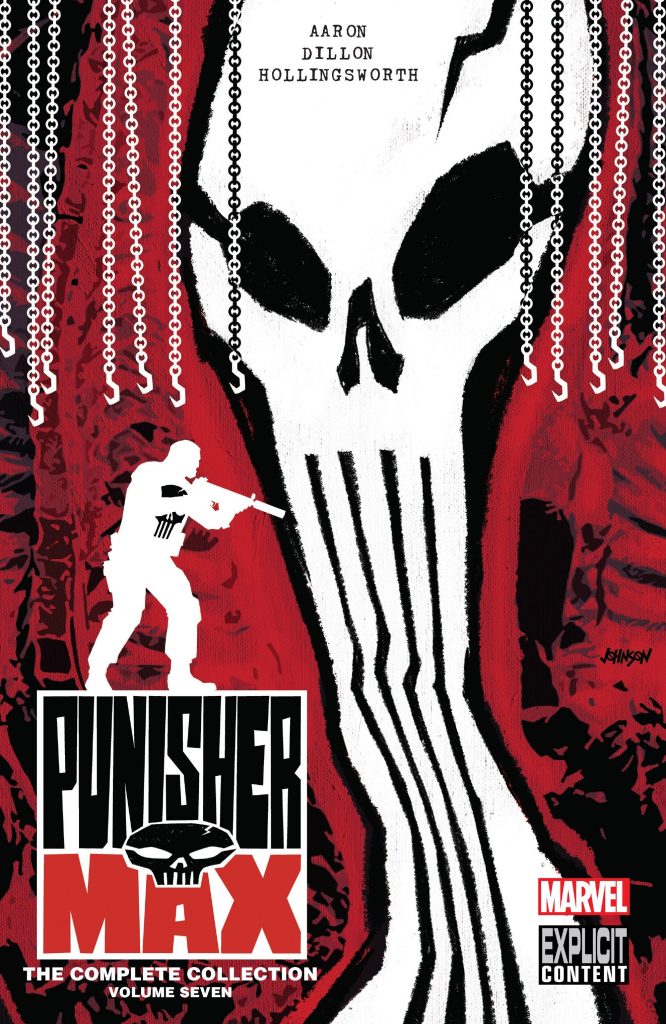 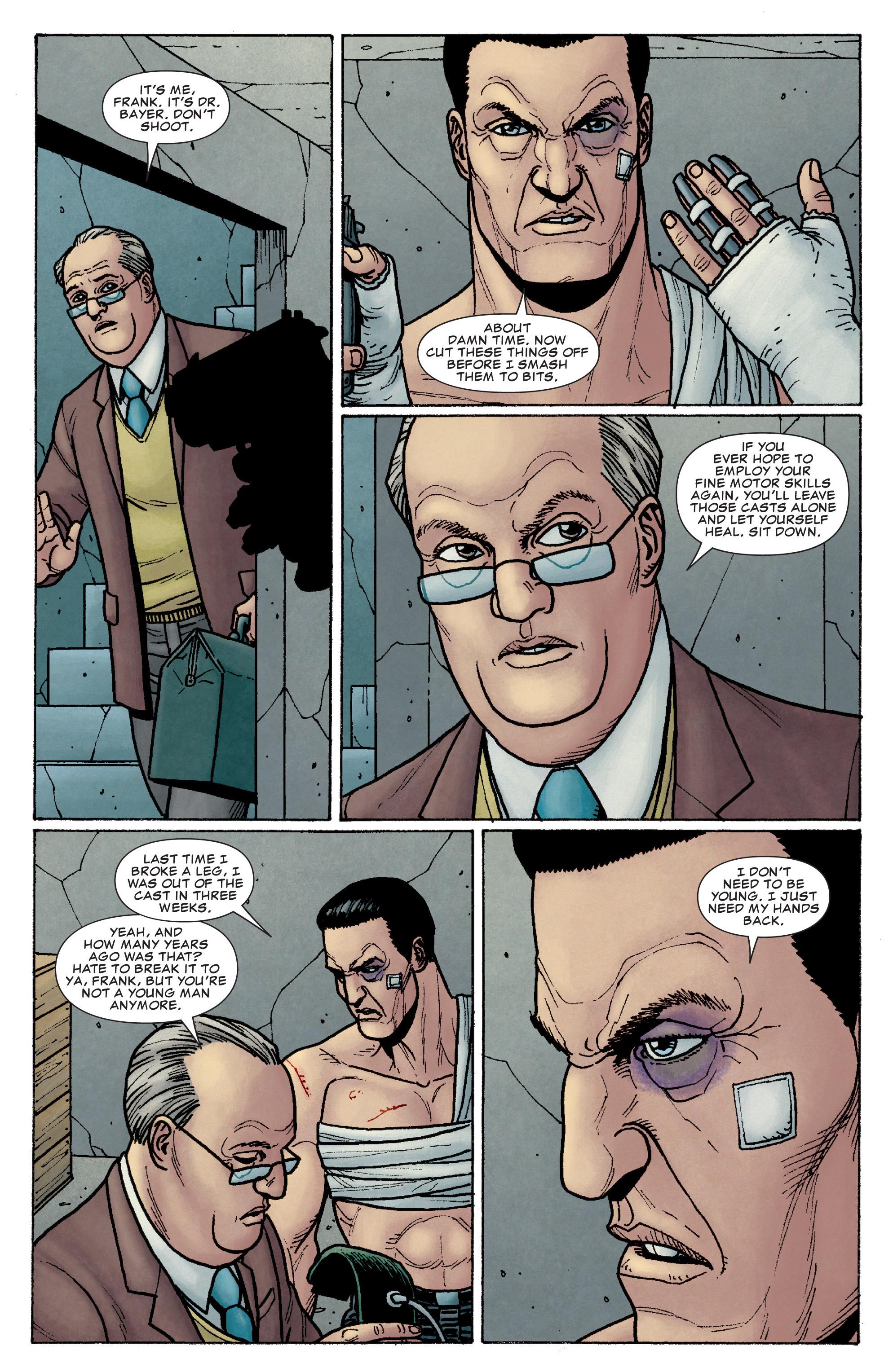 Regular Punisher readers should know from the start that this is Jason Aaron’s alternate universe Punisher. It references events common to the long-running Punisher, but instead of a never-ending war on crime, Aaron’s is a story with a beginning, a middle and an end, and acknowledges the Punisher ageing. Over the course of events Bullseye, Elektra and Nick Fury have substantial roles, but although they may not always be on centre stage, this is the story of Wilson Fisk, the Kingpin, and Frank Castle, the Punisher. It frequently jumps back in time to build a complete picture of who the Punisher is, and more importantly why the Punisher is, and he’s already striking fear into the hearts of gangsters in an opening chapter that begins the Kingpin’s rise to power.

Having Steve Dillon draw every page assures a comforting level of quality. Dillon’s pared down style is no-frills in some respects, but the storytelling is first rate, from the expressions on the cast’s faces to the way the reader’s eyes are drawn from panel to panel across the page. Where he really comes into his own is with the violence. He’s allowed to be far more explicit than in a usual Punisher graphic novel, yet there’s still a line he doesn’t cross, where less considered artists would. The exception is a deliberate lesson in the consequences and realities of violence in a final showdown, which is shocking, brutal and not in the slightest glamorised.

The Kingpin and the Punisher are presented as pretty well two sides of the same coin, both exploiting fear, violence and brutality to their own ends, but the crucial difference is that whatever he’s been through, however dead he feels, Frank Castle still has the vestiges of a conscience. It’s an extremely black and white conscience, but it’s there. Whether or not he’s delusional in claiming he does what he does to protect others, that’s what he does, and without him plenty of innocents would be dead. Aaron’s consideration is that if he weren’t the Punisher, Frank would be employing those same skills and dedication in similar work. Aaron’s version of the Kingpin is that he’s malevolently ambitious, like some latter day Shakespearean schemer, and like, say, Macbeth, he’s not aware of how much he’s manipulated by his wife Vanessa. When she describes a dowager mob widow as “a clever and vindictive bitch”, she might be describing herself. “She could ruin everything you’ve worked for Wilson”, she continues, “you’re going to have to kill her”.

Ultimately there’s only going to be one way for this story to end and retain any credibility, and Aaron doesn’t cop out. There is some padding, but for the most part this is a very satisfying Punisher.

The content is available as four paperbacks titled Kingpin, Bullseye, Frank and Homeless, but better read in this complete edition that offers greater nuance. When these stories previously appeared in hardcover as Punisher Max Omnibus it also included the Crhristmas story drawn by Roland Boschi found in Volume Six.