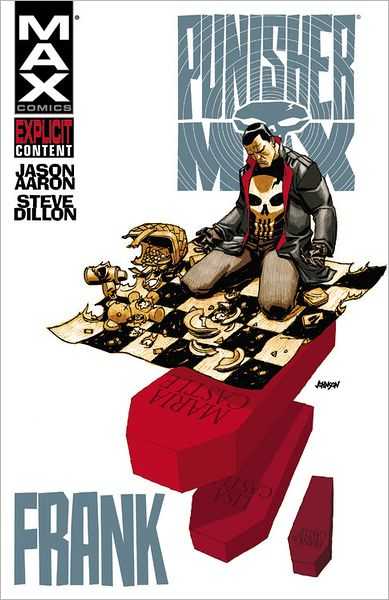 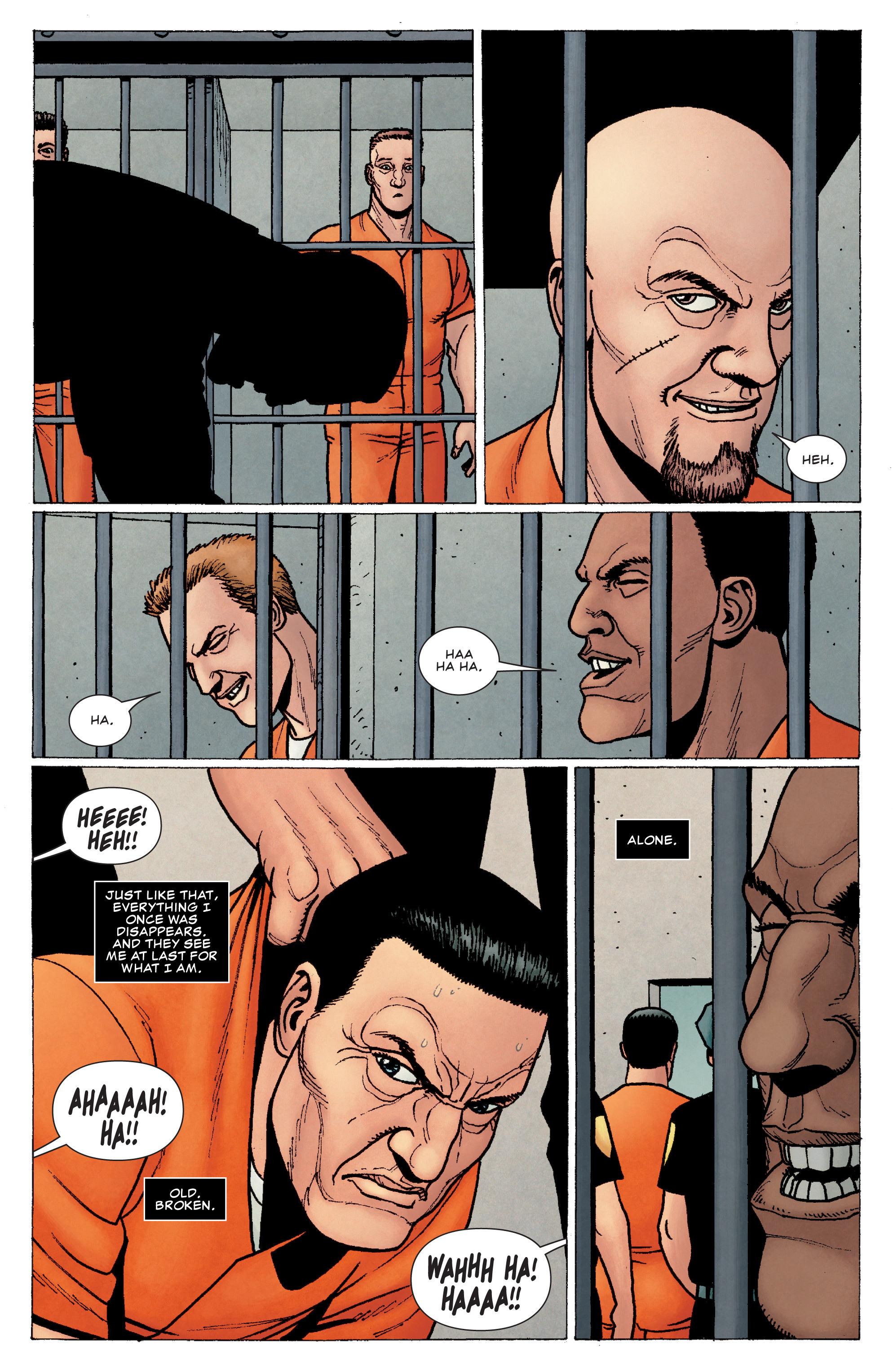 The Frank Castle who opens Frank is a Punisher rarely seen, one who’s been carted off to jail after a thorough beating from the police, but this time with no plan to kill people once he’s in there. Assassin Bullseye spent much of the previous Bullseye attempting to work his way into the Punisher’s head, and eventually whispered something in his ear that proved the Punisher’s downfall.

Over assorted continuity reboots at Marvel the Punisher has remained relatively unscathed, his origin much as it has been since his earliest appearances. Vietnam vet Castle returned home and was having a picnic in Central Park with his family who were killed when caught in a gangster crossfire. That was when he started his war on crime. However, what if it was the stint in Vietnam that changed him and he was never going to settle down back home? “You’re not a family man and you know it big guy”, he’s told before leaving, “and trust me, you never will be no matter how hard you try and fool yourself”. Is that the truth?

It certainly seems to be the truth Jason Aaron and Steve Dillons are presenting for this alternate Castle, cutting the present day scenes of Frank thinking things over in jail with scenes from the past immediately after his return from Vietnam. They’re a succession of depressing dead end jobs for a person now also dead inside, but the story doesn’t work as well as it ought to because the tension’s absent. It’s not that Aaron doesn’t convince about Frank being dead inside, with Dillon’s blank faced illustrations reinforcing that, but the present day scenes in the prison are artificial. We’re not explicitly told what Bullseye said to cause such a change in the Punisher, but can take a good guess. Would being confronted with the truth really crumble the Punisher in seconds? It’s just not likely. Even with this alternate universe Punisher. Despite this, Frank is a decent enough story, but lacking the standard Punisher moments if you’re unconvinced by the premise.

Aaron and Dillon end their collaboration with Homeless. Alternatively all four of their Punisher graphic novels are combined in hardcover as Punisher Max: The Complete Collection Volume Seven.