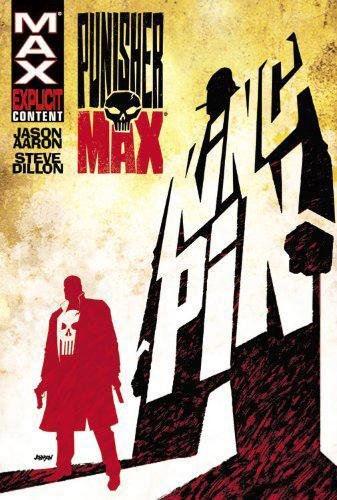 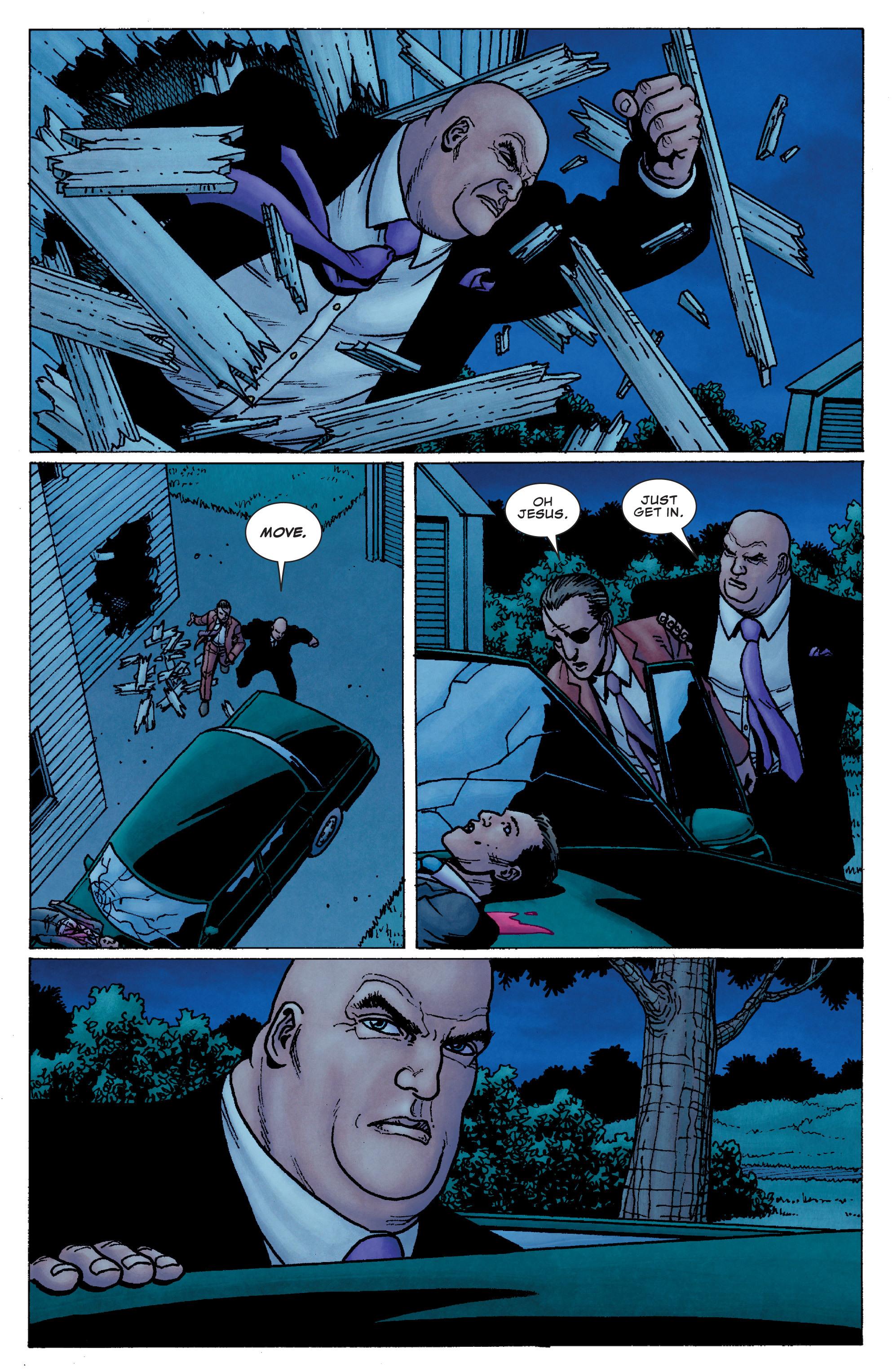 Steve Dillon was the artist on Welcome Back Frank, among the most successful and best Punisher stories ever, so his return to the character ten years later was big and welcome news. This time he’s drawing scripts by Jason Aaron, who references the work of Dillon’s former collaborator Garth Ennis early while dipping back into Marvel’s past. When first introduced Wilson Fisk was already the Kingpin of New York crime, so how did he rise to the top? Well, that’s what Aaron and Dillon tell us.

Kingpin is clever in the way it nods at the readers. Gangster leaders in Punisher stories broadly fall into two categories. There are the craven yes men, and the shouter with the idea, able to convince the remainder to fall into line. Aaron doesn’t mess with the template. When Fisk is introduced to a bunch of them worried that the Punisher is going to wipe them out, it’s as someone who’s more than capable of violence and thinks on his feet, but he’s supposed to be an actor, an imposing figure who’ll pretend to be a Kingpin to distract the Punisher. Readers, however, will know he genuinely becomes the role he’s playing. This is the Kingpin’s story. We learn the unpleasantness of the past, how he became accepted as a spice importer who pays his taxes, and, ultimately, how he reached the position he was supposed to be faking.

Aaron’s plot is paced to perfection, so rolls out with an efficient precision, and he has the Punisher’s poker-faced narrative down from the start, terse deadly and bleakly hilarious: “Last time I saw Mama Cesare I was shooting her husband in the head on his 100th birthday”. For circumstances to converge as we know they do from Punisher and Kingpin stories set further down the line, both have to survive, a trick Aaron manages neatly, but almost everyone else is cannon fodder. Dillon’s previous record on deadpan violence was exemplary, and he repeats the trick for Kingpin.

If there’s one complaint about Kingpin it’s that Aaron is following the Ennis template too closely, a comparison inevitably suggested by Dillon’s art. It’s managed extremely well, though, and the problem solver we’re promised from the start is due to hit New York is Aaron’s magnificent creation, both eccentric and deadly. Those terms also apply to the star of the next arc, Bullseye.

An aspect that isn’t overly emphasised, but is important to know, is that Aaron’s version of the Punisher is an alternate world version for want of a better term. He broadly follows the life of the Frank Castle who’s starred in Punisher stories all these years, but this is retelling rather than a nipping and tucking of the legend. It’s a complete story with a beginning, middle and end over four volumes. As an alternative to the four individual graphic novels, if you have the money all Aaron and Dillon’s collaborations are collected in hardback as Punisher Max: The Complete Collection Volume Seven, or previously as The Punisher Max Omnibus. As they’re all good stories and read better in one volume, these are worth considering. 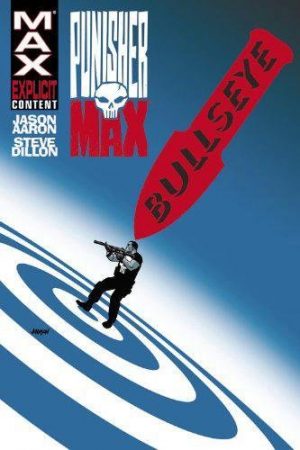 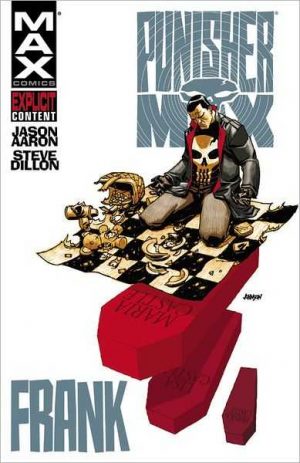 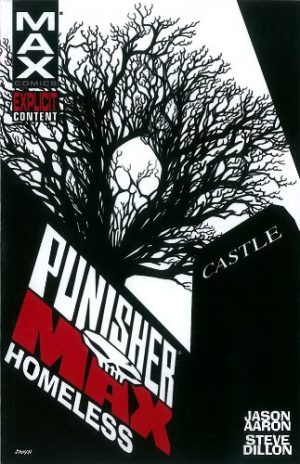 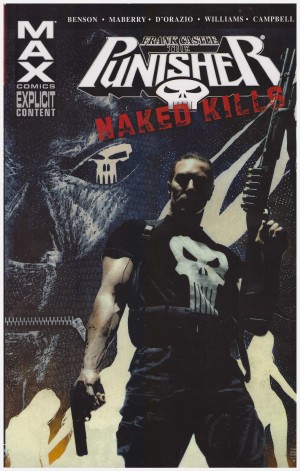