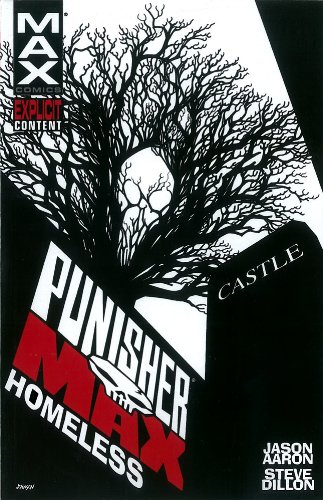 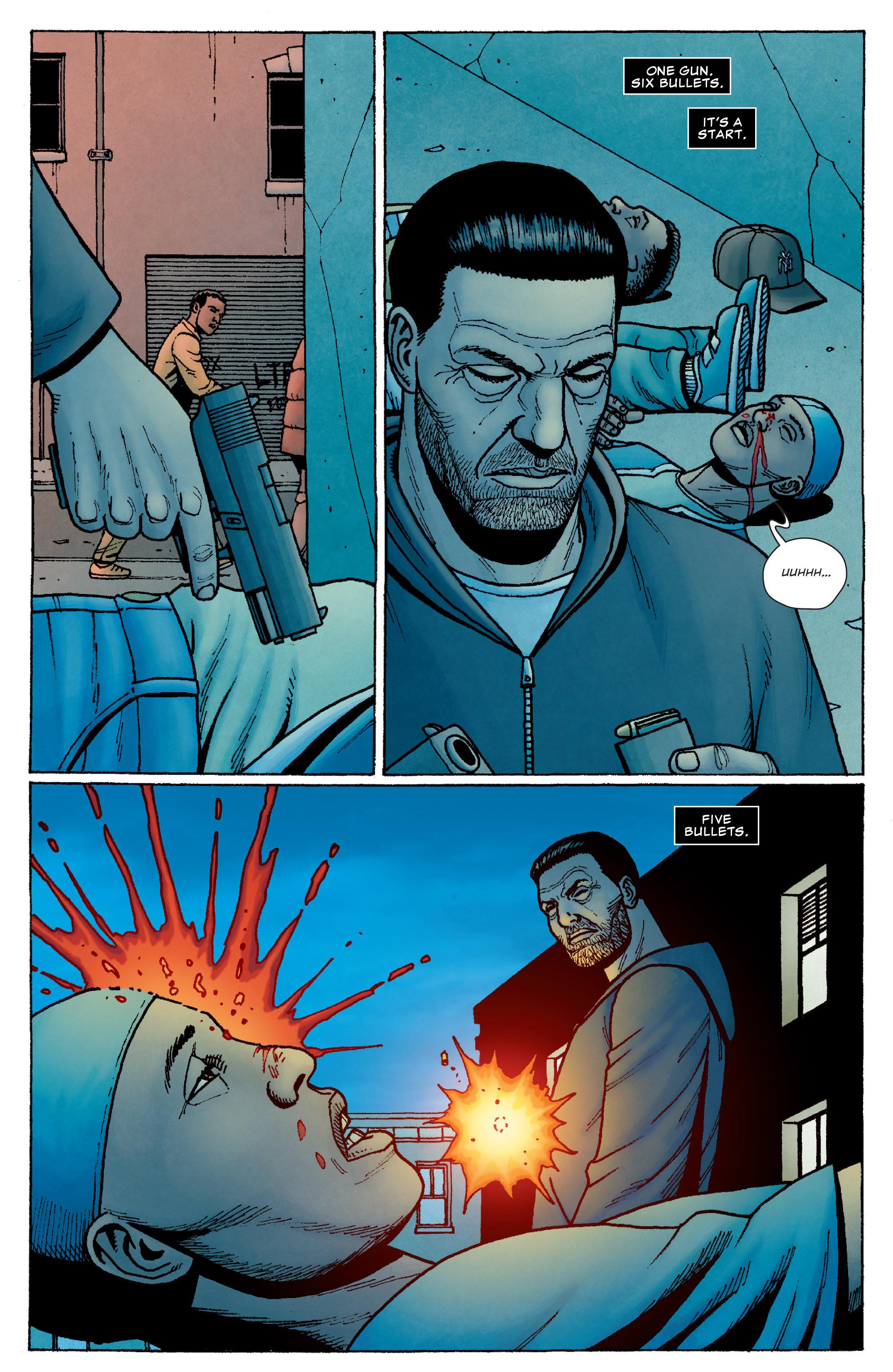 The Punisher had a guilty secret that was exploited, incapacitating him, resulting in his capture, which led to him spending time in prison. As seen in Frank, he worked through his problems, rediscovered his mojo and broke free. Having previously been secure in his position, with the Punisher back on the street the Kingpin now experiences uncertainty and is even slightly fearful, knowing an attack will come despite his increased security.

Over the course of Homeless Jason Aaron needs to take the characters from the starting to point to their ending, and to facilitate this introduces a version of Elektra, who’s had notable run ins with the Punisher in the mainstream Marvel world without ever becoming intimately associated with him. Her inclusion ultimately works, but initially isn’t among the better parts of a story in which Aaron fills in gaps about these alternate versions of the Punisher and the Kingpin while bringing everything to a conclusion.

Disappointingly, in case the explicit language and violence hadn’t underlined this as a mature readers version of the Punisher, Aaron’s script includes plenty of sexual content. Most is gratuitous, and little is believable, especially the lesbian relationship, and even if such scenes were necessary, Steve Dillon isn’t the best artist to have drawn them. There’s something stilted and forced about the intimacy. If these are unnecessary, the mature rating is needed for the knock-down desperation of the final battle between the Punisher and the Kingpin, which wouldn’t have nearly the same effect if the violence were toned down. It’s a deliberately ugly, with no glamour about two entrenched enemies seeing the opportunity to end a lifelong conflict once and for all. “Your city. My World” is an end to it, and very powerfully delivered. Dillon excels here, providing page after page of knuckle-dragging, primitive primal responses.

A final chapter eulogy celebrates what the Punisher has achieved, notably unsentimental and brutal. It’s fitting closure to Aaron’s vision and to a book that pulls everything together over the final chapters, but has some rocky moments reaching them. For all that, it’s still better than average Punisher, notable for the Machiavelian nature of a person who may have been underestimated to this point.

As Aaron and Dillon tell a complete story over four graphic novels, and one that’s for the most part very good, it might be better bought as a single hardcover. There are two options. The Punisher Max Omnibus was published first, featuring one extra story not drawn by Dillon, and more recently there’s Punisher Max: The Complete Collection Volume Seven.