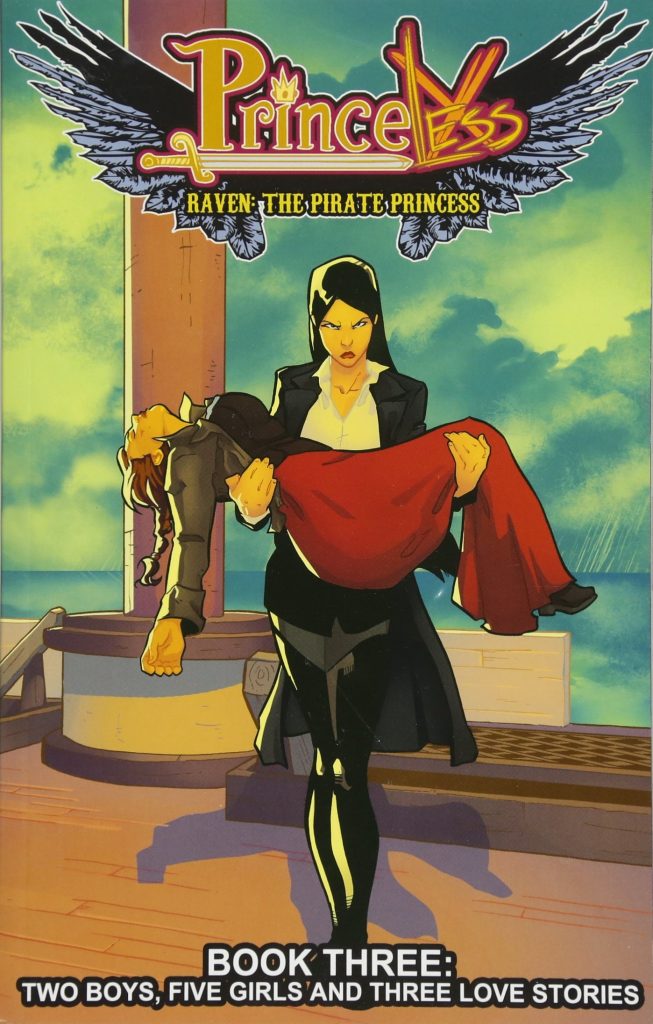 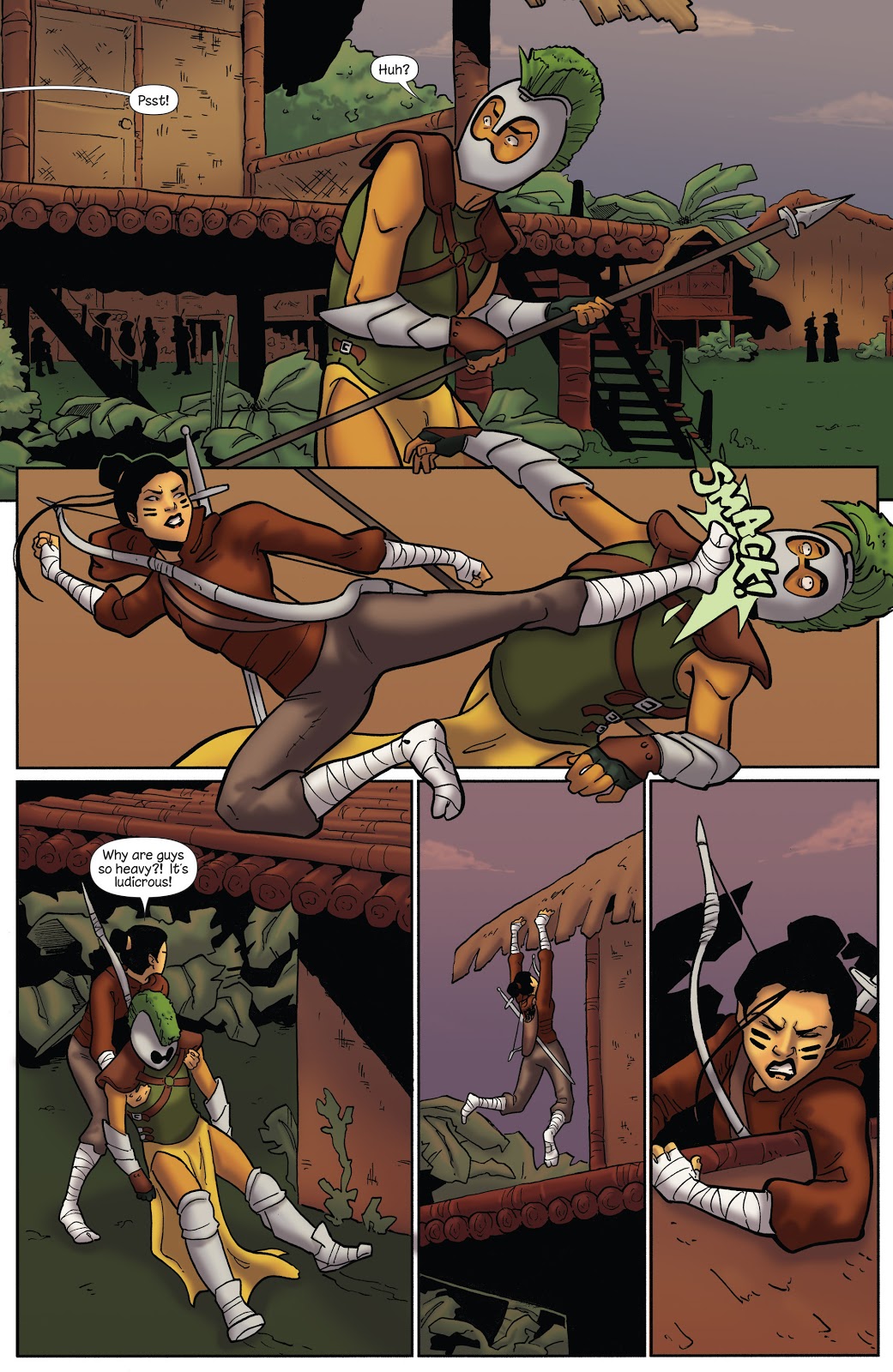 Over two volumes we’ve greatly enjoyed Raven putting her pirate crew together, seeing them bond, and discovering that a pirate’s life is for them. However, at the end of Free Women Jeremy Whitley brought us all back to Earth with some instruction in the realities of piracy.

The reason for the different artists is that this volume lives up to the title. Three stories are told during the course of four chapters, the main story accompanied by two others each giving some insight into the person telling the story. Sorah Suhng illustrates some Xiaotao history and gives the family name relevance over what’s constructed to resemble Chinese mythology, while Jason Strutz illustrates Sunshine’s morality tale about her parents. Both artists take a different approach from the main team of Rosy Higgins and Ted Brandt, but these interludes need to be different, and the styles used by Suhng and Strutz do their job. So do Rosy Higgins and Ted Brandt, as usual good with people, action and locations.

It’s clearer with this volume what an achievement it is to have created such a diverse and interesting crew of women. Whitley writes them sensitively, and it’s apparent there’s more to be learned about some of them. Amirah, for instance, who was interesting in Free Women, and here she has a talent for diplomacy that eludes Raven. Others also show a surprising side.

With the two interlude tales completed, Whitley sidelines all cast other than Raven for what’s a cleverly plotted mission. Raven isn’t one to take rejection, yet the reasons for the rejection are logical and well explained, and as her actions take their course, some home truths are cleverly revealed. It’s also an indication of how competent Raven is when it comes to physical combat, as to date we’ve seen her skill with a bow and arrow and her athleticism, but while she’s talked the talk, here she has to walk the walk. Or fight the fight.

It’s a great volume title, and another really enjoyable volume. Two Ships in the Night follows.