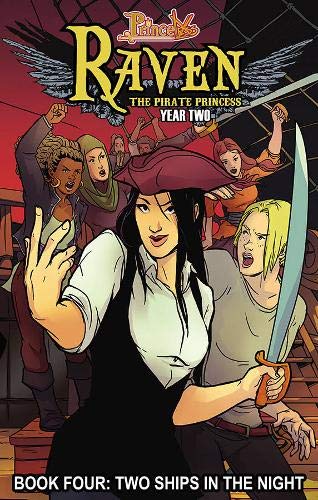 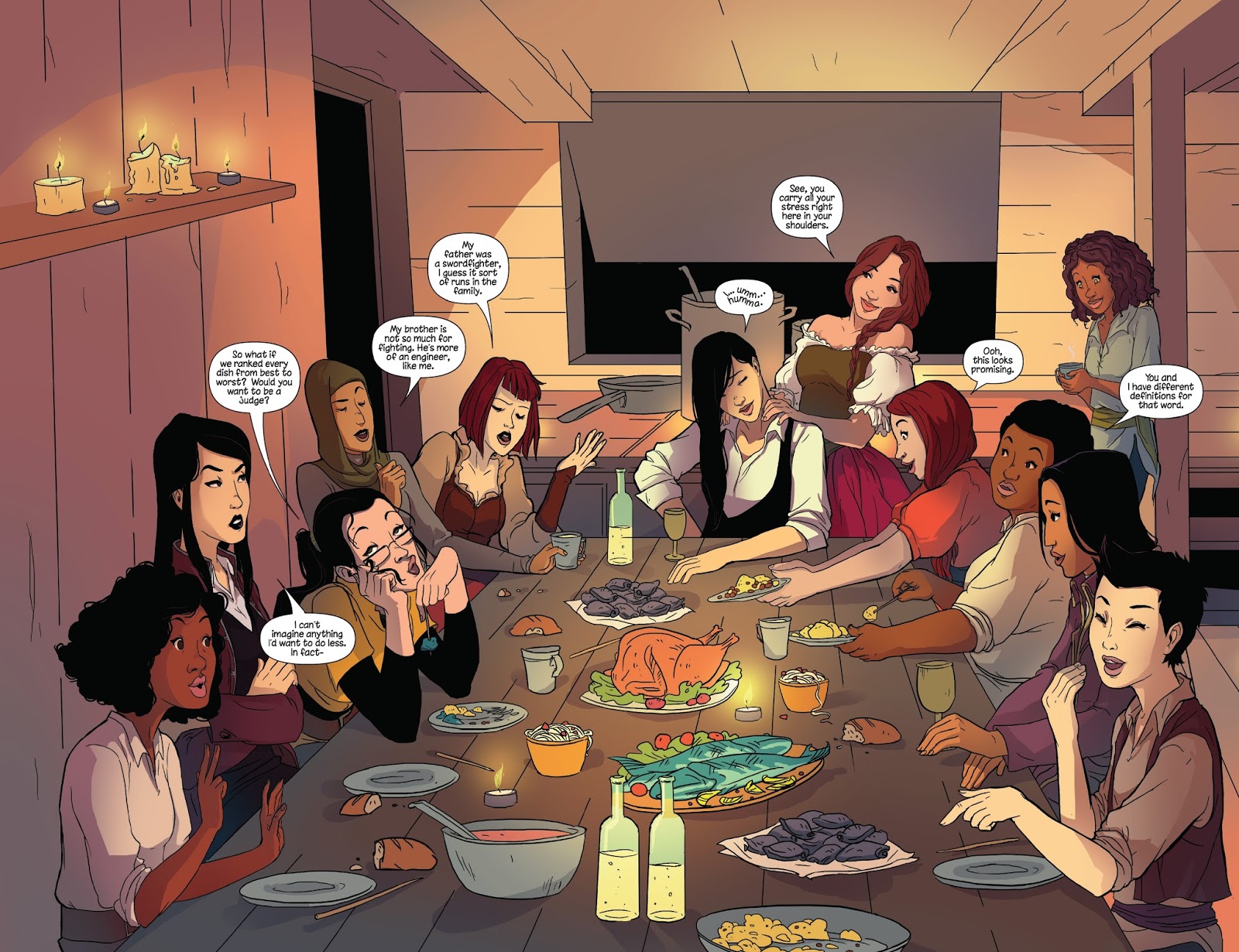 With this volume the Princeless title is considerably reduced on the cover, an acknowledgement that Raven, the Pirate Princess is strong enough to stand on its own. Two Boys, Five Girls and Three Love Stories surely cemented that status.

Until now Raven has been a relatively light reading experience. Yes, there have been problems, but they’ve all been solvable, some perhaps more easily than expected. So what happens when there’s a threat that’s more personal and sinister? After all pirate crews are generally all male, and not of the nicest sort.

There’s a new artist in Xenia Pamfil, who’s not quite as proficient as the art we’ve been used to, but scores on the most important aspect of keeping the crew diverse and recognisable, as shown by the sample spread. Some aspects of the art that need work, such as the poses and expressions being too exaggerated are likely to be just teething problems, but too often the action doesn’t flow as it should. The windswept hair reflecting the crew are aboard a ship is a nice touch, though.

Jeremy Whitley uses the threat of attacking male pirates as a means of exploring Raven’s crew, and their different reactions to violence. Some take to it far more readily than others, and not necessarily those you might assume. The different capabilities seen to date have a smaller effect than the ability to think. For all the threat and the action, Ships in the Night is the weakest Raven outing to date. The four chapters cover a single deadly night, and the following day’s recriminations, but with these Whitley heads overboard himself, the emotional drama dropping into melodrama on several occasions, and this isn’t just due to Pamfil’s lack of subtlety.

Christine Hipp draws the final few pages, a big surprise and a taster of what’s to come when she illustrates Get Lost Together.