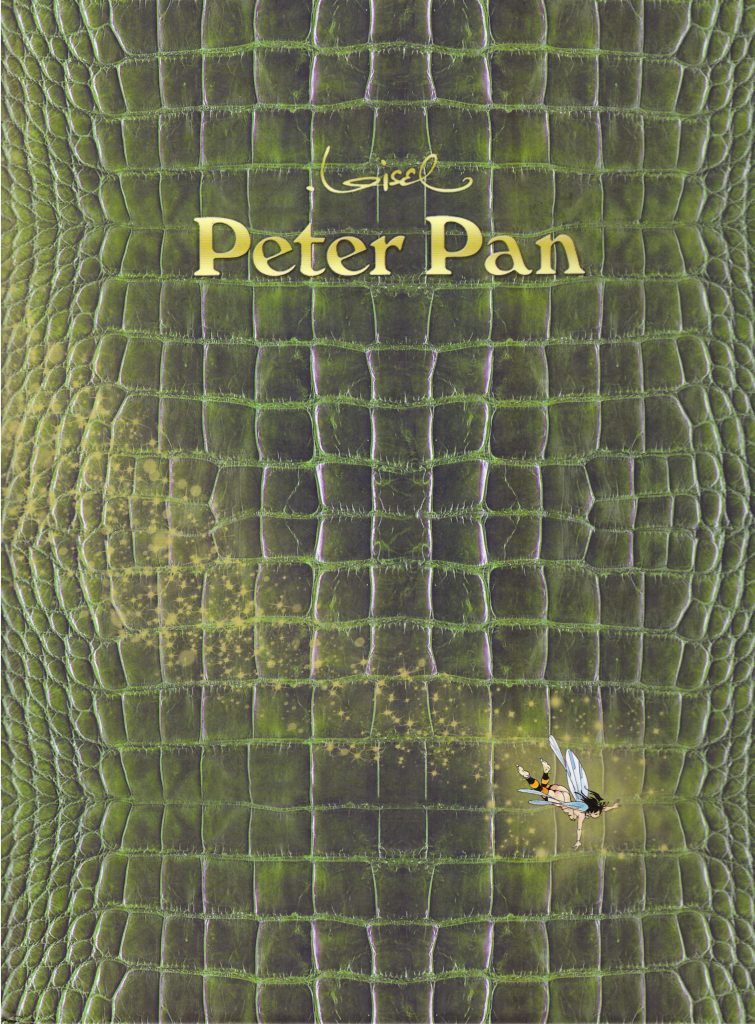 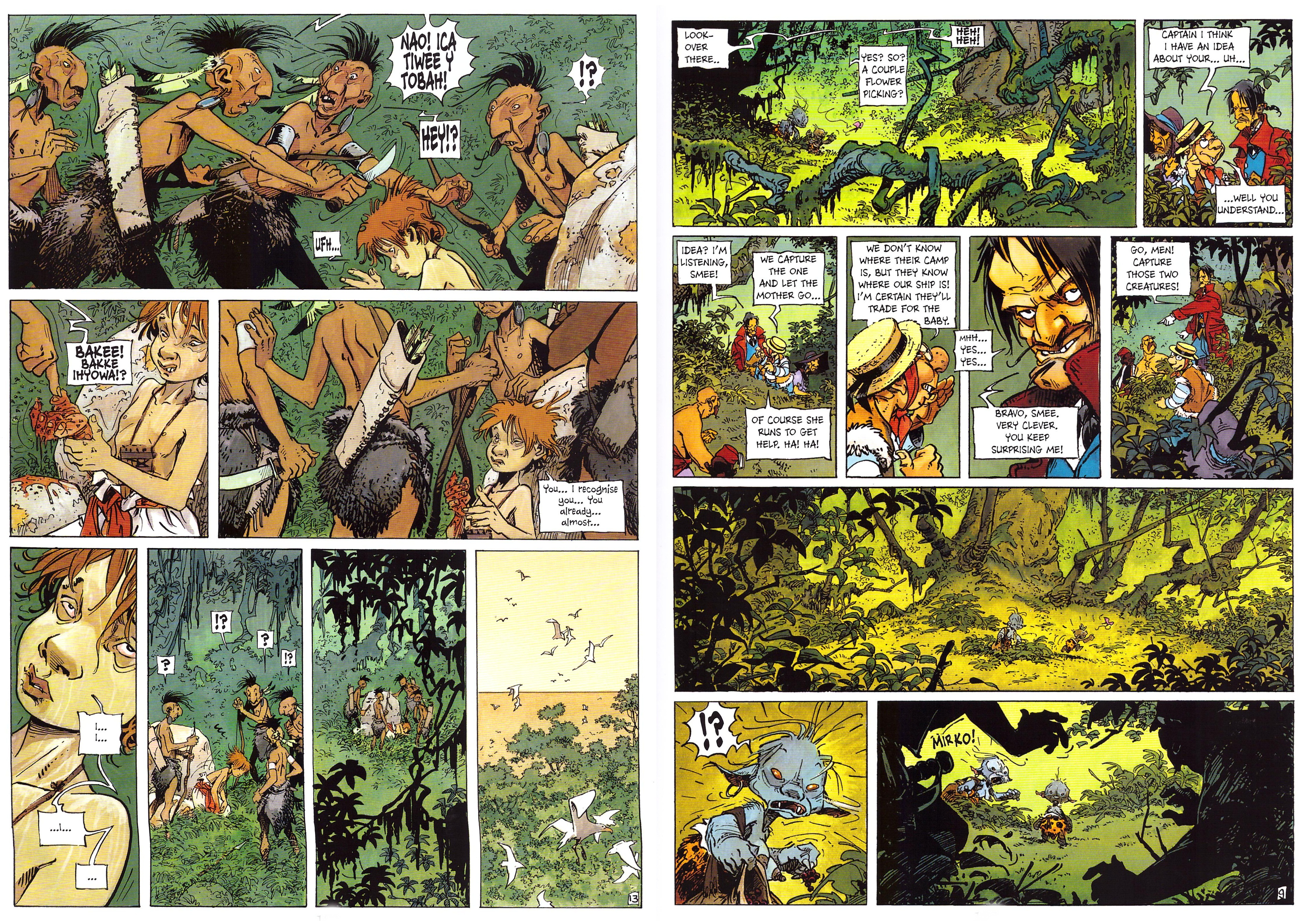 Don’t come to this version of Peter Pan expecting Disney cuteness and antics for children. Yes, there’s some cuteness to be found, but Régis Loisel’s story is that of how a late 19th century London street urchin became the Peter Pan of the novel, films and plays adapted from J.M. Barrie’s story. In the telling Loisel doesn’t hold back on the appalling conditions endured by the Victorian poor, nor of Neverland’s dark underbelly.

Loisel’s story can be compared to the superhero writer filling in continuity gaps, and tinkering with origins in order to make sense of what had been previously unexplained, but he carries this out to far higher standards. Along the way we learn about Peter Pan’s unusual name, how the crocodile swallowed an alarm clock, how Peter’s friends arrived in Neverland and how Captain Hook, here mainly just referred to as “Captain” through the first four chapters, lost his hand. In order to make sense of what Barrie created, Loisel introduces a whole tribe of mythical creatures, more fairies and sirens, but also centaurs, imps and others. By the end of six chapters everything has been explained and some wonderful new elements have been added to Peter Pan’s story, some quite shocking.

Holding everything together in this value for money hardcover is Loisel’s superb art. It’s difficult to find fault when every character is so well defined according to their personality, and embedded in such well realised surroundings. Loisel’s Captain is magnificently malevolent, Peter Pan a beguiling mix of charm and temperamental whimsy, Tinkerbell delightful, and everyone else exceptionally well designed. The horrors of Victorian London slums are suitably dark and atmospheric, the deliberately contrasting verdant lushness of Neverland beautiful, and Hook’s ship glorious.

The beautiful art notwithstanding, Loisel’s Peter Pan is a very dark story even after Peter escapes London, Neverland inducing people to forget so much, their morals along with their memories. Hook’s evil is apparent in his every expression, but Tinkerbell’s beguiling presence belies a petty, jealous nature given full flow in the final chapter.

There are a few slight mis-steps. While nasty people use nasty language, and Loisel can be given some leeway for using the same terms as Barrie, terms that would now be considered derogatory, there’s no excuse for the racial caricature among Hook’s crew. Narratively, involving Peter with the real world mystery of Jack the Ripper really adds nothing but greater danger to an environment already offering many opportunities for an early grave, and compared to some horrors Loisel conjures, he’s lightweight. There are few characters who could be considered completely wholesome, which echoes Barrie’s work, and Loisel delivers a profoundly disturbing twisting of innocent self-defence into selfish aggression. It makes this Peter Pan a story to rattle around in the head long after it’s been read, and the glorious art makes it a treasure to return to again and again.