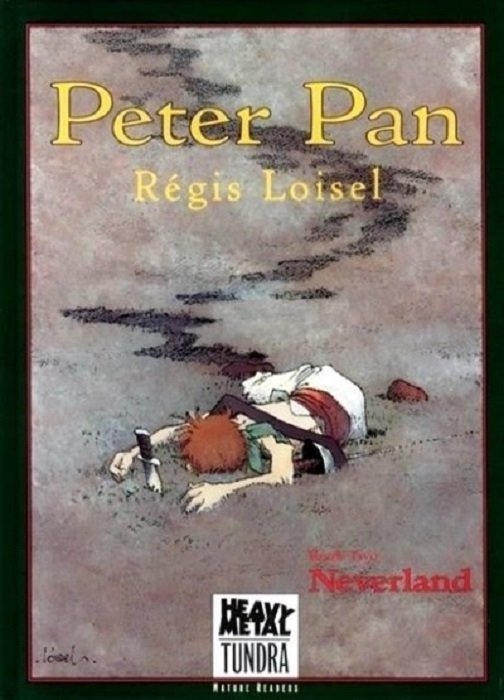 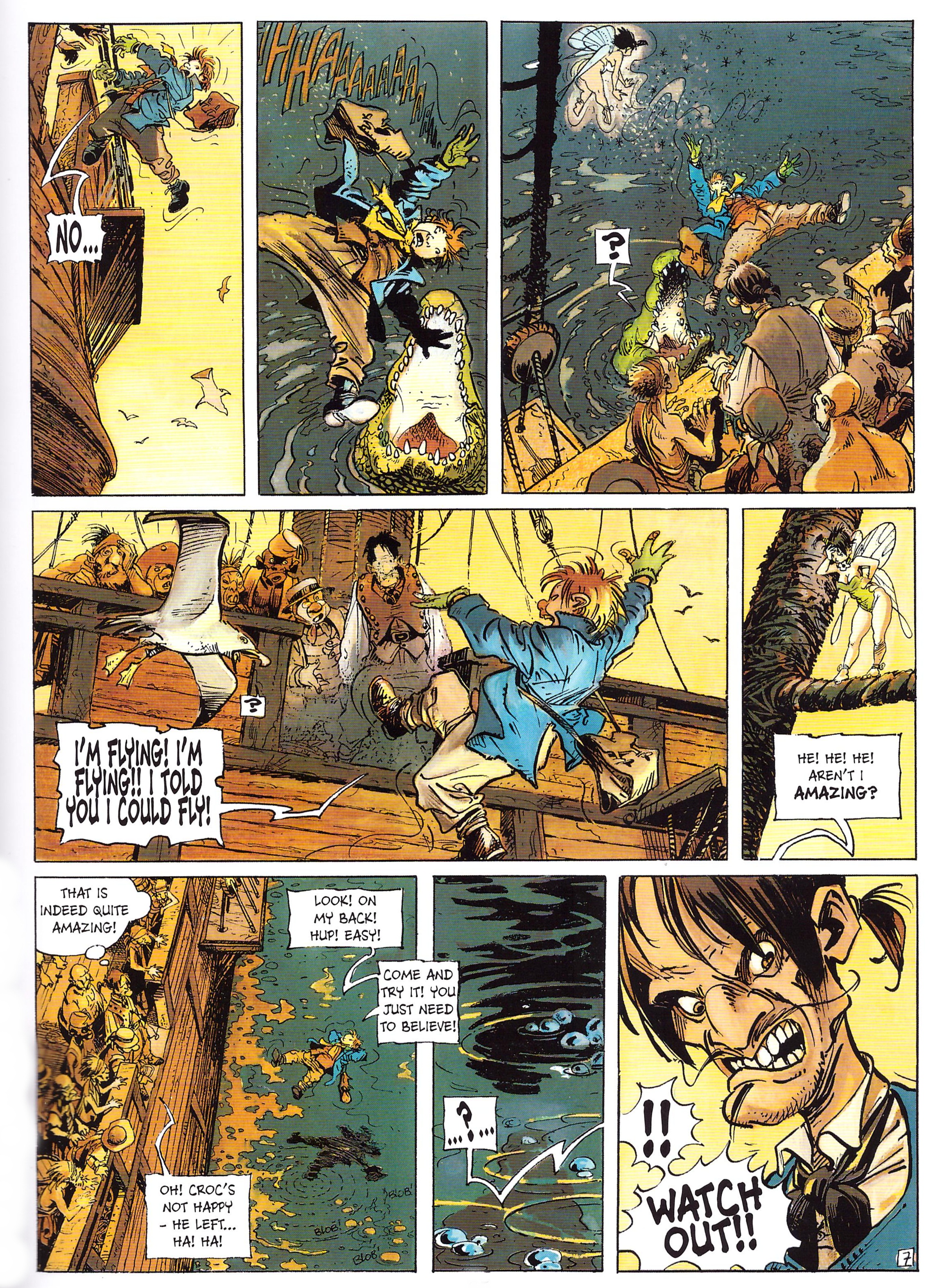 The opening London showed the appalling late nineteenth century life of the young Peter in a society that cared nothing for their poor. His escape was a random meeting with the fairy Tinkerbell, who sprinkled him with the fairy dust that enabled him to fly, and led him to Neverland. This continuation opens with him waking up on the Captain’s pirate ship.

As with London, don’t pick this up expecting a comforting children’s fantasy. The language, the attitudes and some scenes are definitely adult, as is the way violence is depicted, and unpleasant people use unpleasant terms used to refer to others. Also to be factored in is that Barrie’s original Peter Pan featured in a novel for adults (Little White Bird, 1902), whereas today most people’s familiarity is via the Disney or Robin Williams films. Another possible cause of offence is that Régis Loisel and his translators remain faithful to Barrie’s times, meaning some terms used would be considered racist today.

Accept all that, and Neverland is by turns delightful and disturbing, anchored by Loisel’s phenomenal art bringing threats and environments to vivid life, yet never straying from glorious cartooning. Loisel draws a magnificently malevolent Hook, here just addressed as Captain because the story take place before the events of J.M. Barrie’s book and Hook still has both hands attached. His eyes are either slanted or staring, he has a snarling expression and is never far from violence, yet this is among some charming art that deliberately sets Neverland apart from the degradations of Victorian London. Key to this portion of Loisel’s story is Pan, drawn as if the Greek myth with goat’s legs and horns, one of several mystical creatures in Neverland who have something planned for Peter. It was established in London that Peter’s smart and quick witted with an active imagination, which is important to Pan and his allies, and by the end of the book they’ve introduced Peter to their world and recruited him to their cause without ever being specific as to why he’s needed.

Unfortunately Heavy Metal only published the opening two episodes of Loisel’s Peter Pan, and it took Loisel himself a further four albums and twelve years to complete his story. Thankfully in 2014 Soaring Penguin issued a hardcover collection of the complete epic. Although in slightly smaller format than the Heavy Metal albums it’s still considerably larger than standard US trade size and competitively priced for combining six albums.