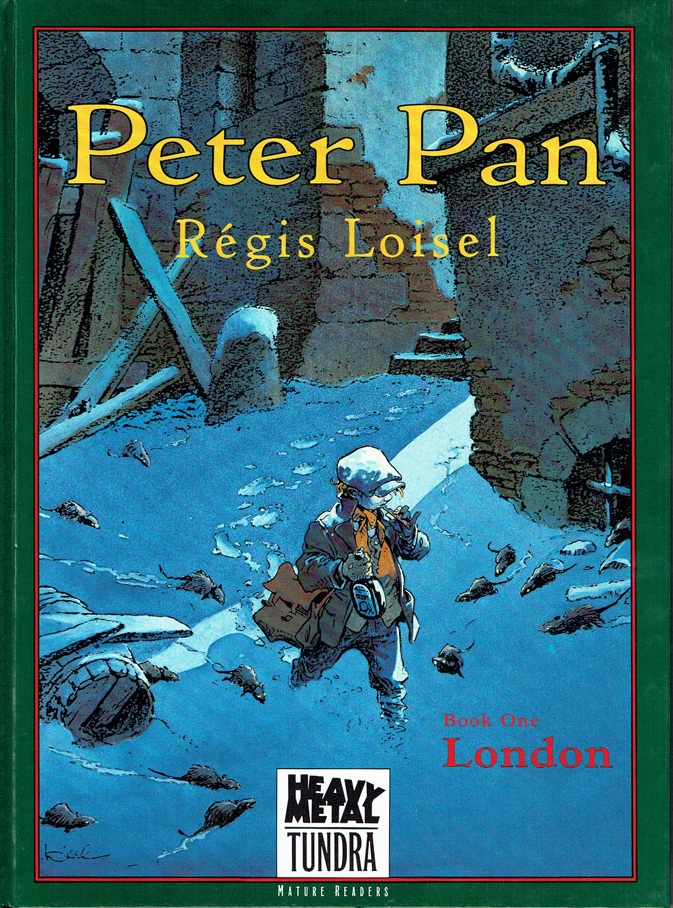 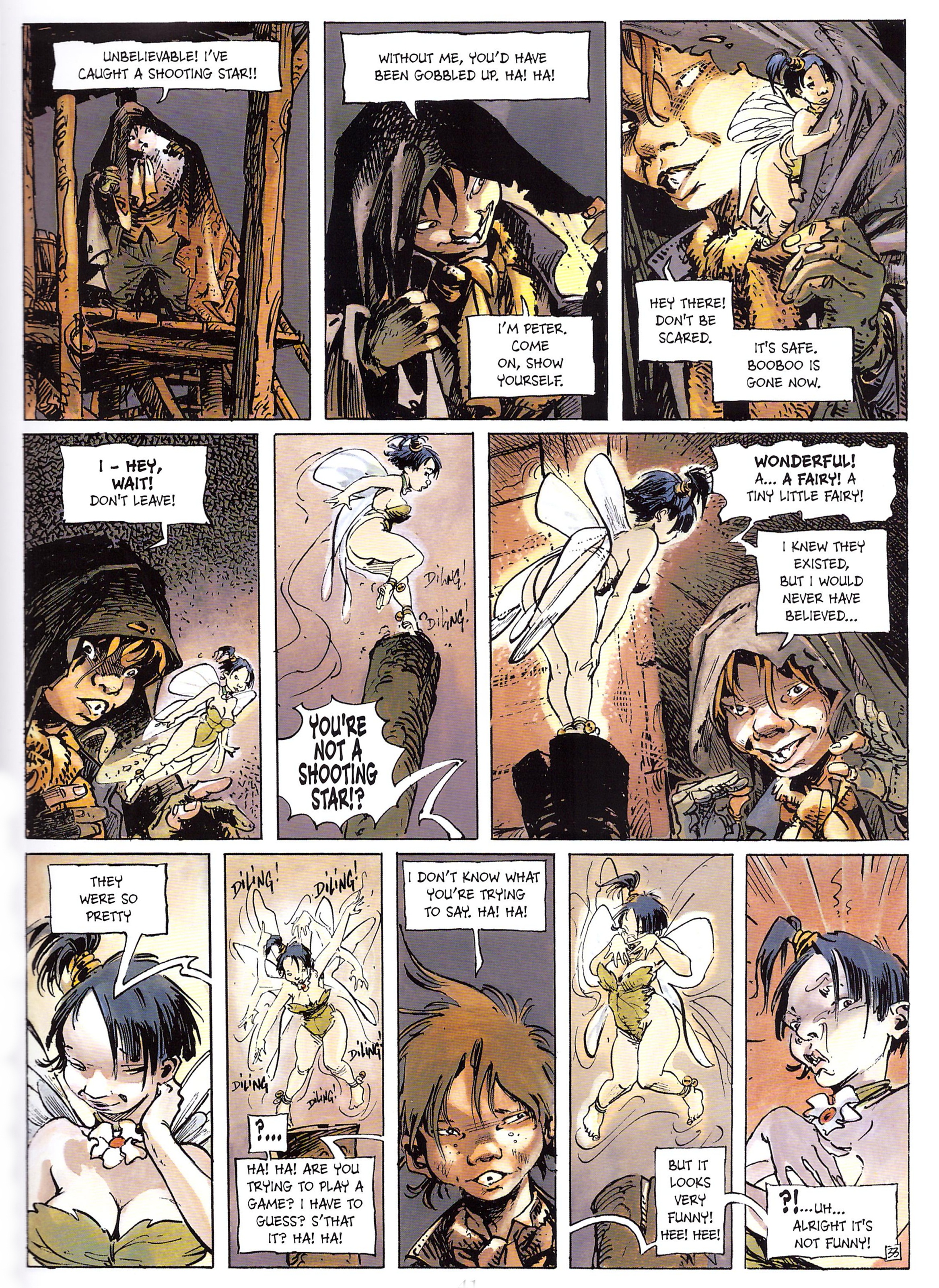 Régis Loisel’s London is going to shock the unwary picking it up expecting an adaptation of the cheery J.M. Barrie story. Loisel is faithful to the narrative, if not the tone, in conceiving an ambitious telling of Peter Pan’s story up to the point Barrie picked it up. It eventually ran to six albums, although only this and Neverland were published by Heavy Metal in their hardcover album format. The remainder didn’t see print until Soaring Penguin’s complete English translation in 2104.

In the original novel, Peter Pan’s background remains untold, as he and the Lost Boys who’ve never grown up live a life of unfettered freedom provided they avoid the clutches of Captain Hook and his henchmen, or the crocodile. In concentrating on the hand to mouth lives of the poor in late Victorian London, and their daily struggle, Loisel maintains there are far more frightening threats than Hook. He opens with Peter’s day to day life in the London slums. He has a little more intelligence and imagination than others left to wander the streets, and the patronage of the kindly Kundal, who not only feeds him, but teaches him reading and arithmetic. However, his mother is far from the loveable woman he lies to his friends about, and there are other daily dangers to face.

Loisel’s entire opening chapter is a fiery condemnation of the lack of basic humanity applied to the poor in the 19th century. Because it’s Peter Pan he’s dealing with London, but it could equally be Paris or Rome. Peter may be smarter than many adults, but still hasn’t the strength to fight them off, and when immersed in the desperate worst of humanity day after day, is it any wonder he vows never to grow up? Loisel’s art matches his disgust, with filthy, rat-infested surroundings, crumbling old buildings in dark night streets, and debris everywhere. His young Peter is cute, but already beginning to show the strains of his life, while everyone else seems far older than they are.

Redemption arrives in the form of the fairy Tinkerbell near the end of the book, and she prompts Peter into several discoveries despite being unable to speak to him. It leads to a closing section in which we’re introduced to other residents of Neverland, Hook, the crocodile, the sirens, and the mysterious Pan, a man with a plan.

This Peter Pan is so far removed from the cheery atmosphere of Barrie’s book that its dark twisting isn’t going to have a universal appeal, but keep an open mind and there’s a great story brewing, and it continues in Neverland. Alternatively, as these were the only two individual albums printed in English, a better bet is all six albums collected in one hardback as Peter Pan.