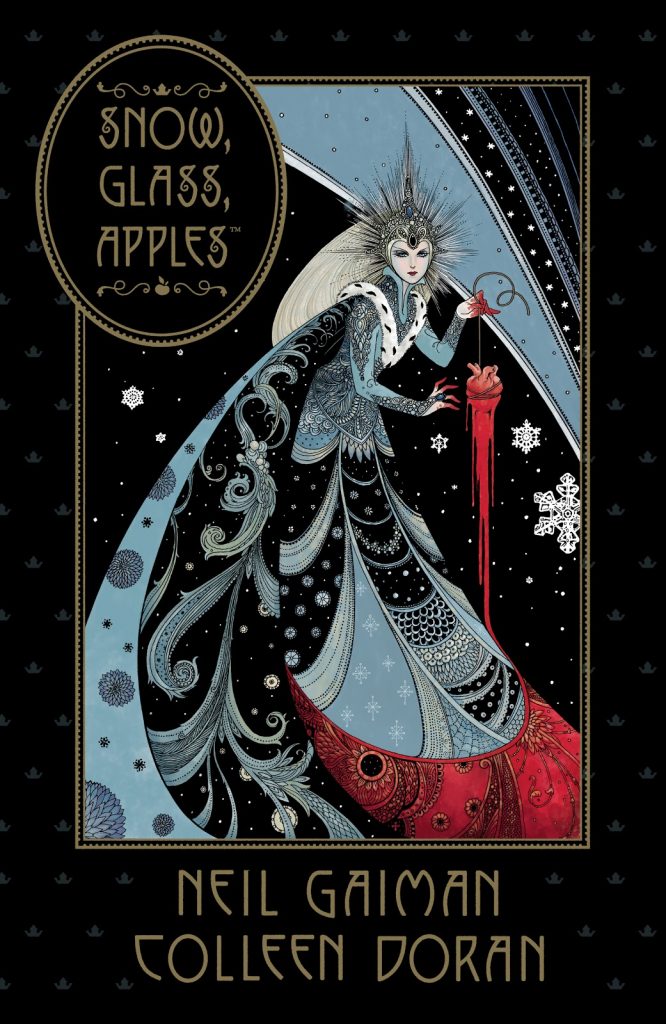 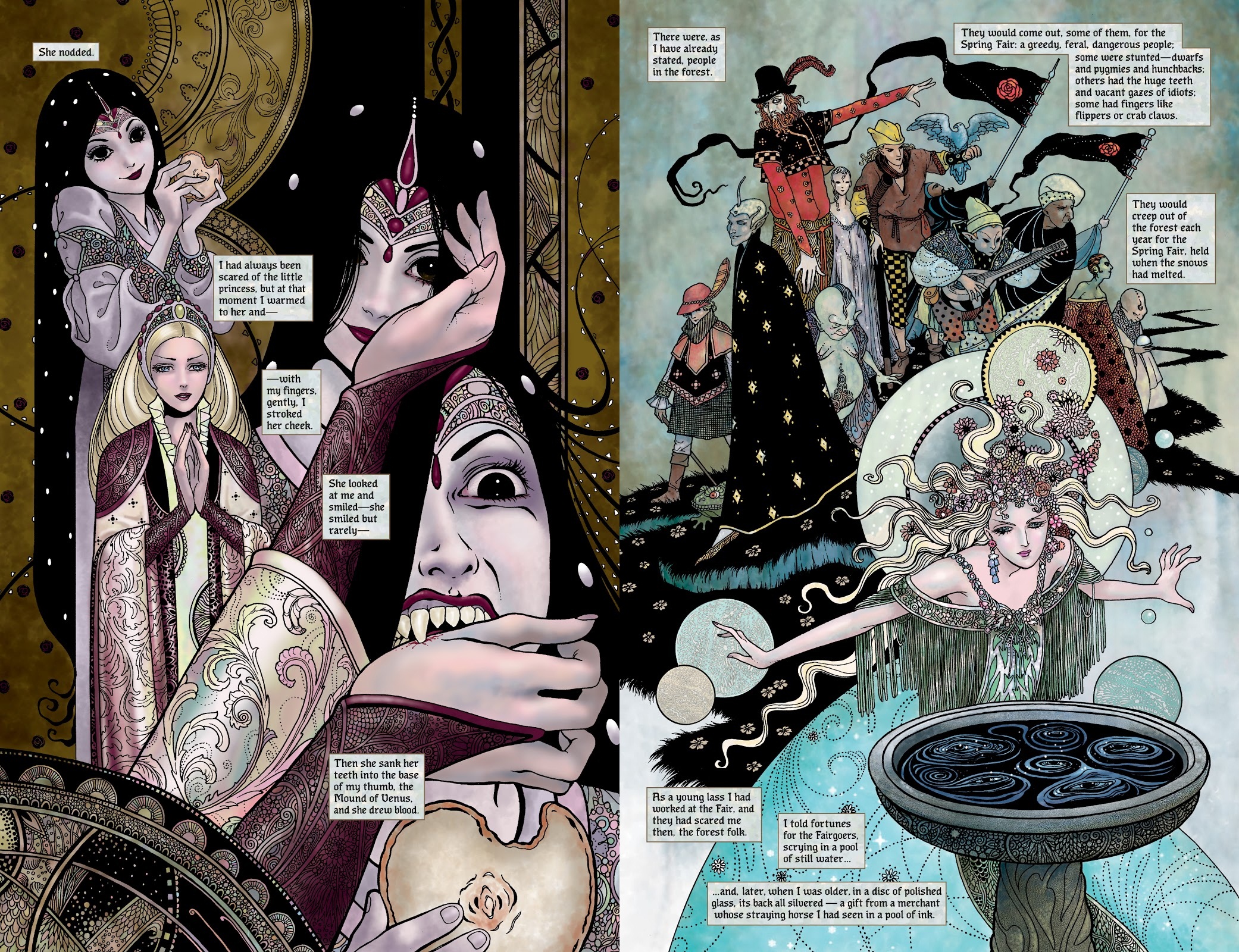 Without reading the back cover blurb it takes several pages for it to fall into place that Snow, Glass, Apples is a revisionist version of the Snow White fairy tale, told from the viewpoint of the woman cast as the vengeful, wicked stepmother and Queen in all other versions. As may be expected, her own justifications vary considerably from what until now we believed to be the truth.

By the time the narrator and her fame has been identified there has been considerable opportunity to be seduced by the sheer beauty of Colleen Doran’s art. Because Neil Gaiman’s story is slim, Doran’s adaption breathes visual life and beauty into it via a succession of baroque, detailed montages, every page to be appreciated as a single composition, while also moving the story forward. Doran’s influences are those of classic decorative children’s book illustrators. In her notes after the story Doran notes Harry Clarke as the person she was aiming for, but there’s also some Edmund Dulac in the detail, with Doran applying a brighter colour scheme to her painting than either. As seen by the sample art, the effect is stunning.

The story is less so. Once the novelty of the parameters have been established there’s really nowhere to go. A first person narrative works in creating sympathy for the Queen, but otherwise innocence and wickedness have been transposed, and roles have been reversed as history is written by the victors. For all the well-chosen language, the underlining that witchcraft has to be worked at, and the expansion of vague sexual imagery into full blown pulsing undercurrent, without the art this would remain a clever exercise. That art, though, is a career peak for an artist not short of fine work in her back catalogue, and contributes significantly to the overall rating. 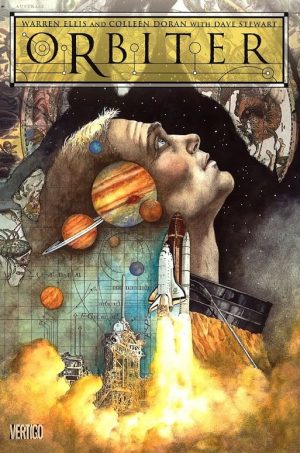