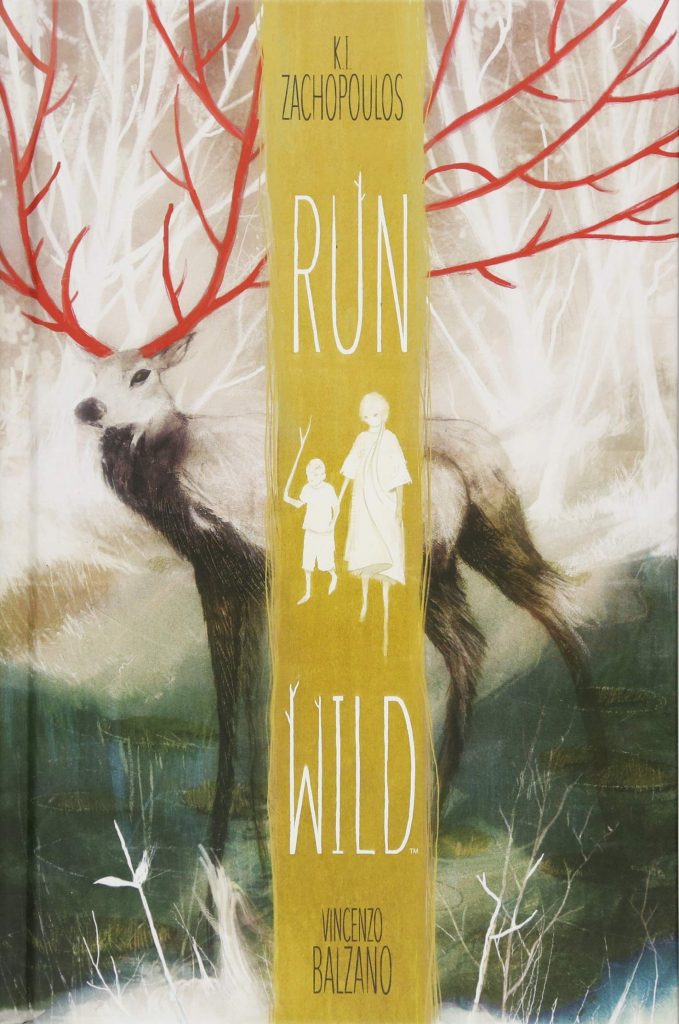 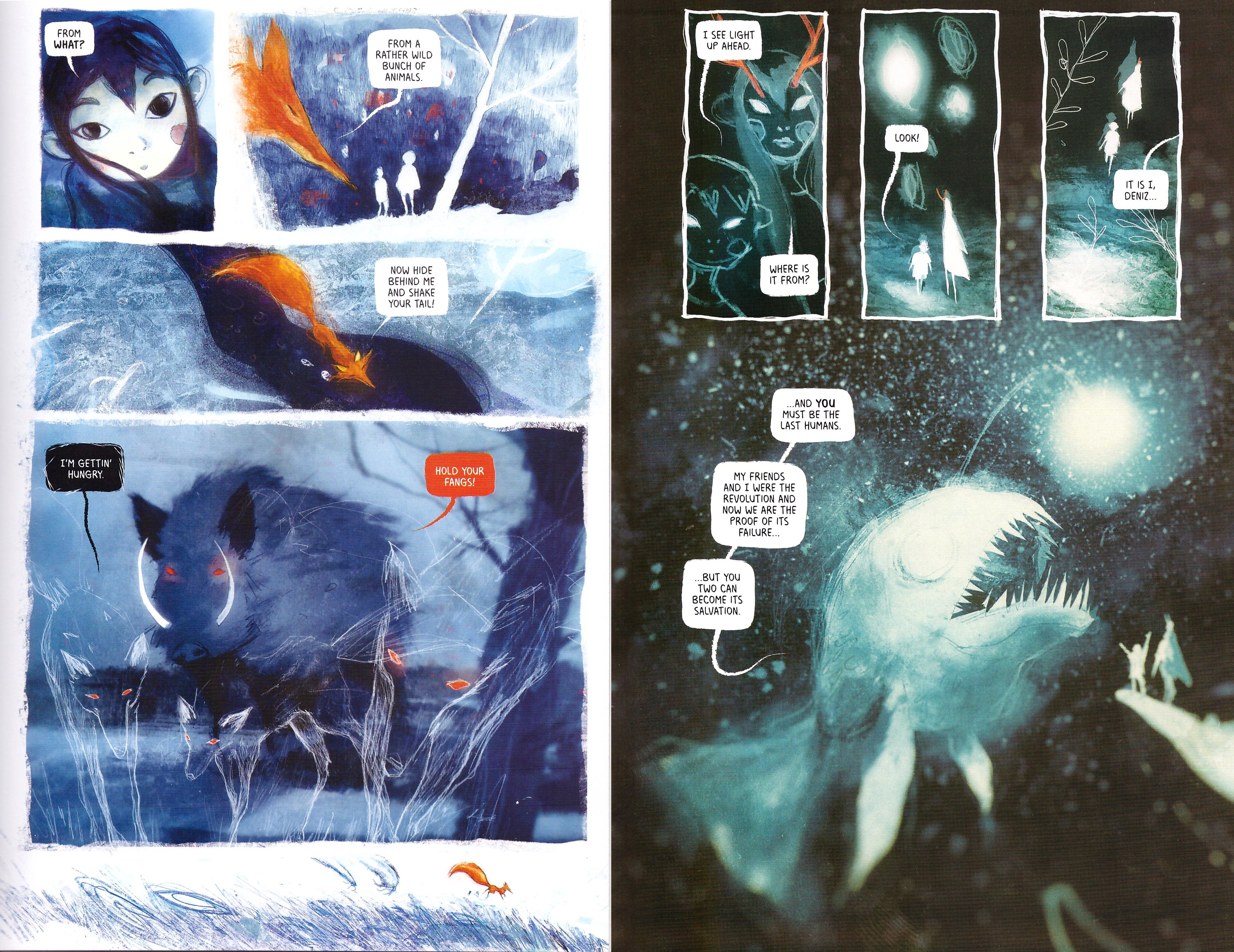 Children Ava and Flynn wake up to find their mother missing, circumstances that Ava takes extraordinarily calmly, leading the younger Flynn into a dangerous world where humans are extremely small alongside most animals. Ava and Flynn are the only remaining humans, and hunted by almost every creature in the world, acting on behalf of the mysterious Papa, somehow responsible for the changed environment. They’re fortunate that the first creature they meet is the friendly fox Bea, able to steer them in the direction of others that might help them in what becomes a relentless pursuit.

Run Wild prioritises mood and experience over plot, and as long as that’s the case the extraordinary painted art of Vincenzo Balzano carries it a long way. Balzano makes Run Wild an immediately connective experience. He mixes his styles, sometimes drawing realistic animals whose fur you can almost stroke, and at other times simpler forms. Some are scratched white on dark backgrounds to indicate ghosts, and Bea the kindly fox is most vivid, a streaked outline of orange against the vast canvas of nature. There are echoes of the civilisation that was, and Balzano draws this as jumbled buildings, roughly merged together.

K.I. Zachopoulos presents a strange set of circumstances eventually fully explained in the final third. It’s already been revealed that most of the animals were once human, and almost all humanity has transformed, but not everyone is happy with the decision taken on their behalf, hence the conflict. That final third of the book is almost all explanation, followed by a brief desperate quest, and it’s clumsily contrived, shifting the tone considerably. Run Wild would have been a better story without presenting the transformations as a mystery and so having a better narrative balance. However, Balzano’s art is excellent, and 132 pages of it in hardcover are worth considering independently of any story.