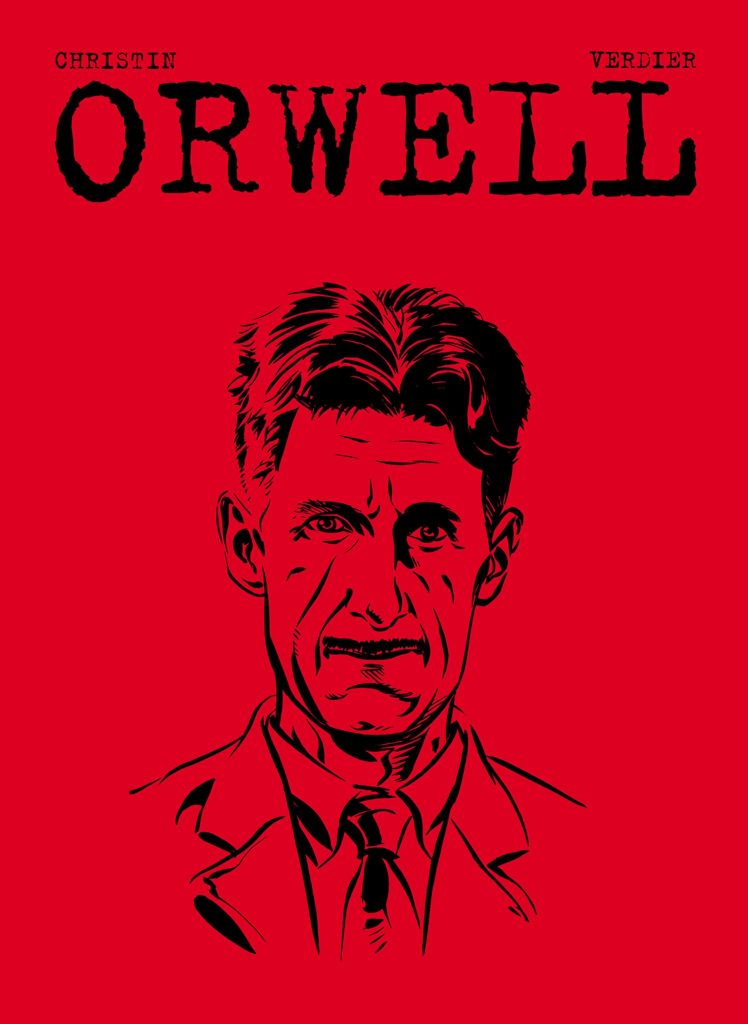 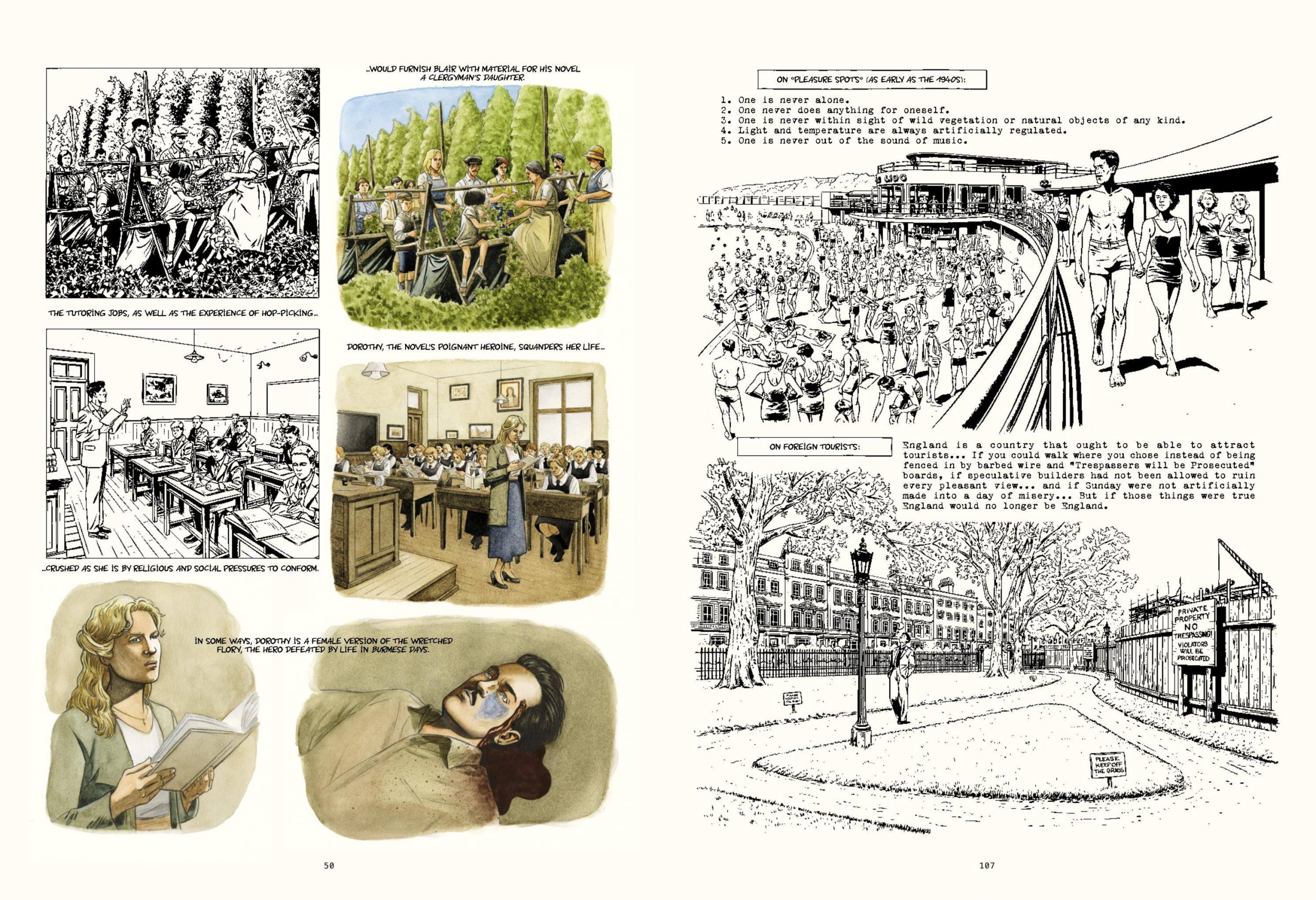 George Orwell can seem a man of contradictions, an Old Etonian who campaigned for social justice, yet vehemently opposed the imposition of “equality” in totalitarian states. He’s known under an alias. During his lifetime he was famed as an essayist and political commentator, yet now most people are introduced to his novels as part of the school curriculum. He also specified in his will that he wanted no biographies written about him, although certainly understood better than most that we don’t get all we want in life. Pierre Christin begins this biography by noting many of the descriptions applicable to Orwell on the title page, and proceeds to reconcile them over what’s a very readable introduction to Britain’s most important 20th century social chronicler.

Broad biographical details are combined with excerpts from Orwell’s writing, attaching his feelings to incidents and events that would otherwise carry a different interpretation. It’s Christin offering his own speculations, though, that raise Orwell higher. An intelligent writer who places humanity at the centre of his own work, Christin is an ideal commentator on Orwell and his world, noting Orwell’s opinions were always formed by direct observation of social realities. He’s also adept at supplying clarity to some complex circumstances, such as the factions of the Spanish Civil War.

Talented artist Sébastien Vernier moves from impeccably detailed black and white precision to full paintings when presenting summaries of Orwell’s novels. It seems at first as if he possesses an even greater versatility than he already displays because several guest artists are called on for special features. André Juillard, for instance, supplies children’s book style illustrations to accompany Orwell’s recollections of his prep school days. The other guests have equal or near equal reputations, but the massive shift Vernier puts in shouldn’t be diminished by over-emphasising others supplying a couple of pages at a time. Just as contradictions apply to Orwell, there are contradictions to the art, Vernier supplying the squalor and deprivation Orwell investigated with such attention to detail that the panels become moments of beauty. Their styles differ, but the art, particularly on the Spanish Civil War sequences, brings to mind Joe Colquhoun’s dedication on Charley’s War. An occasional use of photographs supplements this.

Orwell’s social observations have a broad range, and Christin doesn’t confine the inclusions to poverty, as seen on the sample art. If there’s a quibble it’s that there’s little detail about the writing of his most famous works Animal Farm and 1984. Both are represented, but whereas Christin elucidates regarding the creation of lesser known works, this pair are almost orphaned. Perhaps more justifiably, Orwell is shown as well received within his circle, yet no prolific and prominent state critic escapes opposition criticism, and that’s ignored. Welcome, however is Christin’s assessment of Orwell and his misappropriation in an era where a version of much that he predicted exists in some form. There are several levels of irony in American spelling being used in an English presentation translating a book about a great British writer, written by a Frenchman.

What would Orwell have made of a Hartlepool resident voting Conservative in 2021 because there are now nine food banks in the town, while none existed when Labour ran the Council? The best guess is that he’d deplore how many of his observations remain valid, but he’d also want to know why. It’s the defining characteristic of his investigations, and that’s brought through by Christin and Vernier whether showing Orwell in Wigan, Catalonia or London. The result is a biography to cherish. 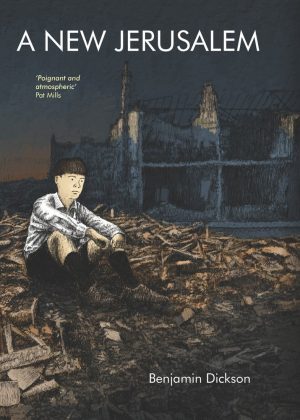