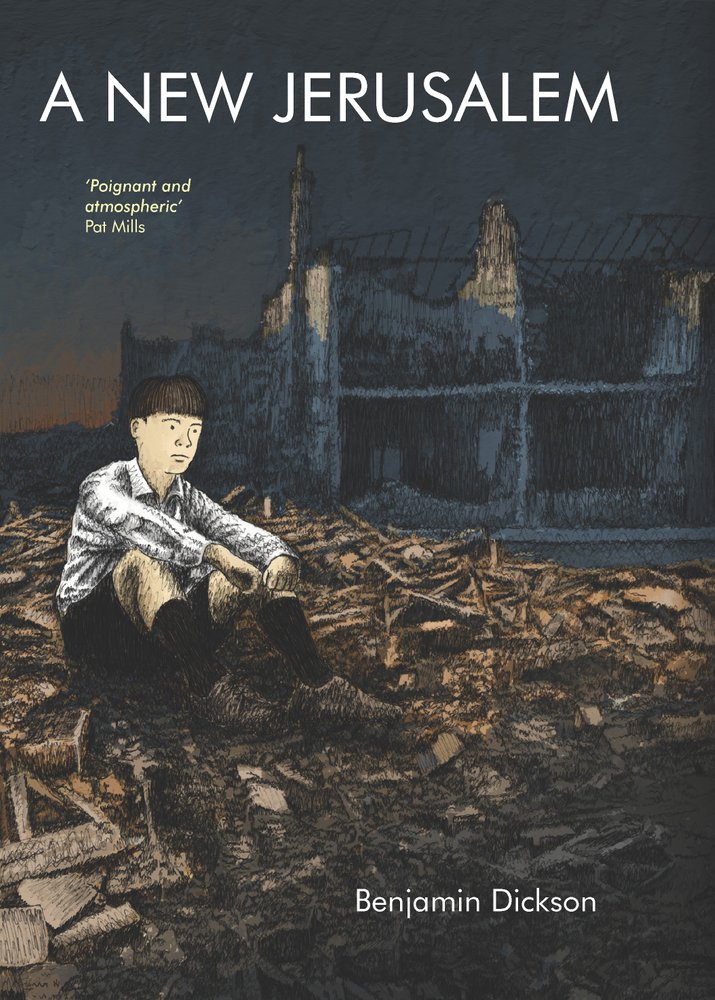 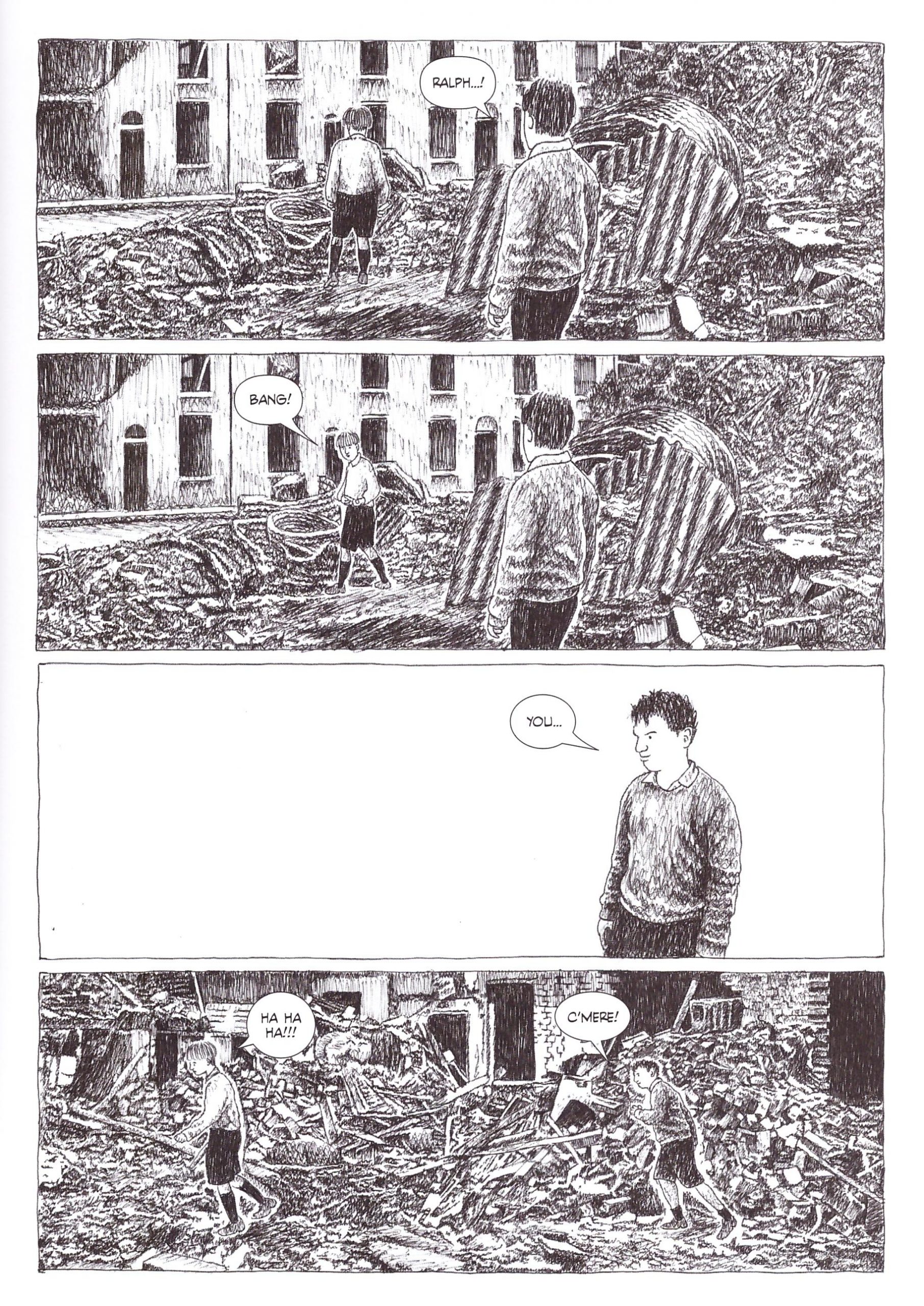 Named after William Blake’s sarcastic poem, now better known as an uplifting hymn, A New Jerusalem is Benjamin Dickson’s look back to 1945 and problems never adequately addressed. In the 21st century, the era immediately following World War II has almost become a historical neverland. Those who lived through it as youngsters are now the UK’s oldest citizens and there’s little glamour to what in hindsight seems like constant lives of struggle under restrictions. This was the first generation to grow up under the protections of the Welfare State, but the overwhelming task of reconstructing the nation left little time for dealing with the problems of the ordinary men who fought to save it, and PTSD was rife. Using the experiences of his own father as a starting point, Benjamin Dickson explores that world via eleven year old Ralph, largely left to his own devices while the father he barely remembers returns to England a very different man after combat.

Dickson captures the period perfectly, not just with the meticulously composed rubble of bombed buildings and attention to period clothing, but also via attitude, to circumstances, to problems and to the nation’s place, with Ralph’s optimism about the future completely at odds with his surroundings. This is combined with his being at an age where, although well-meaning, he doesn’t have the maturity to understand the world or his father, seeing combat only in terms of excitement and heroism.

Throughout most of the 20th century PTSD was associated with the effects of war, and referred to as shell shock. Ralph’s father suffers from depression and mood swings, resulting in violent outbursts. For all the casual violence routinely seen in comics, Dickson gives these moments the shocking impact needed by not sensationalising, then the understanding they also need, no matter how disturbing. The delicacy of the storytelling is notable, and Dickson follows a horrific revelation with a series of full page illustrations that could be picture postcards of an English town were it not for the central, forlorn figure in each picture.

The understanding of human nature is combined with Dickson’s dramatic intelligence to ensure A New Jerusalem is a story, not a lecture, and it’s constructed to build toward closure that’s hardly inevitable, yet typical for the time when so much was swept under the carpet. The one weakness is a priest confiding in Ralph, the disclosures setting him on a path. In a story otherwise so fixed to reality, it’s an unlikely occurrence. Dickson raises issues, yet also acknowledges the difficulties of dealing with them, and that honesty isn’t always the best policy in a story that’ll rattle around in your head for some time after reading.