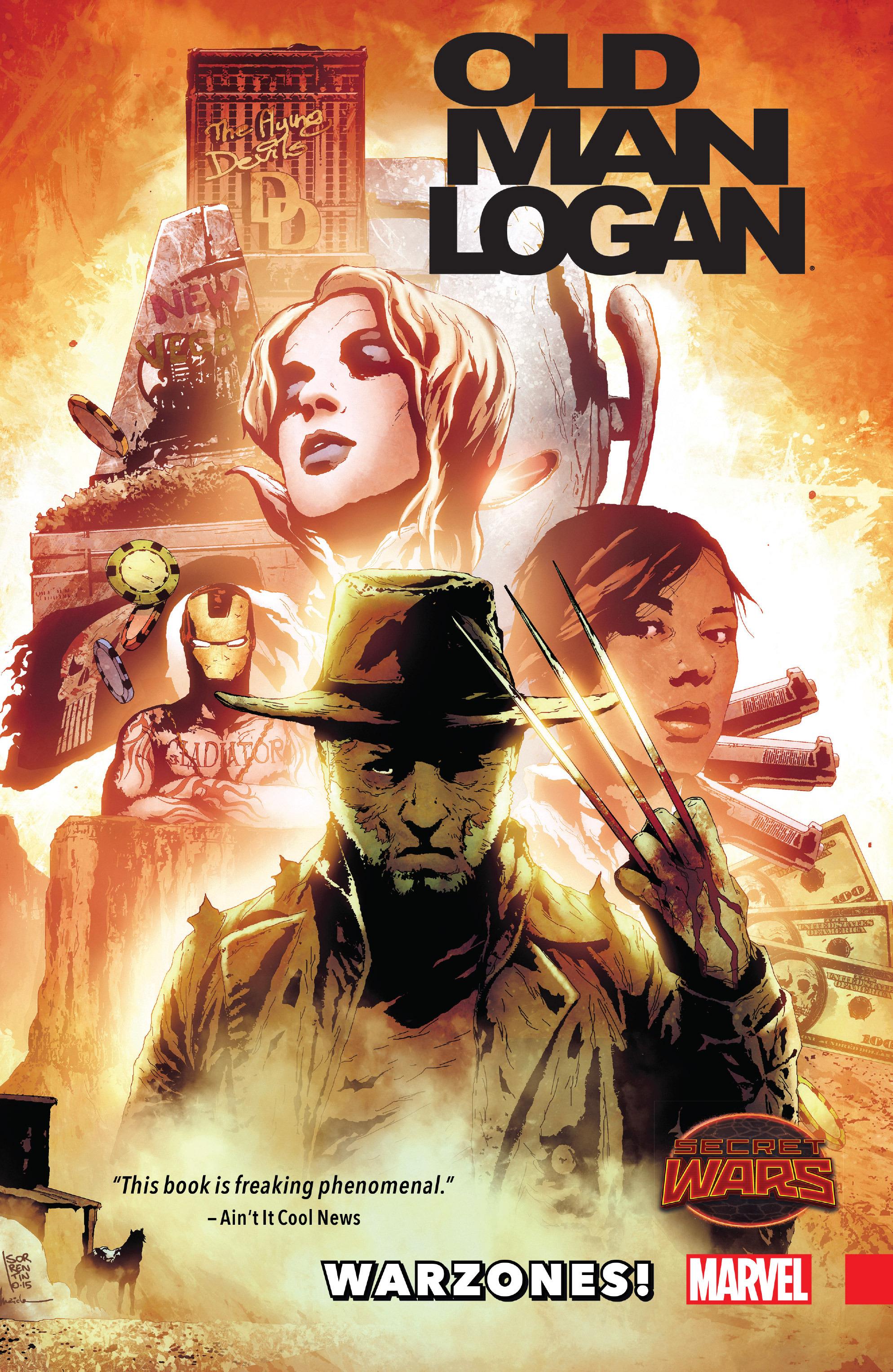 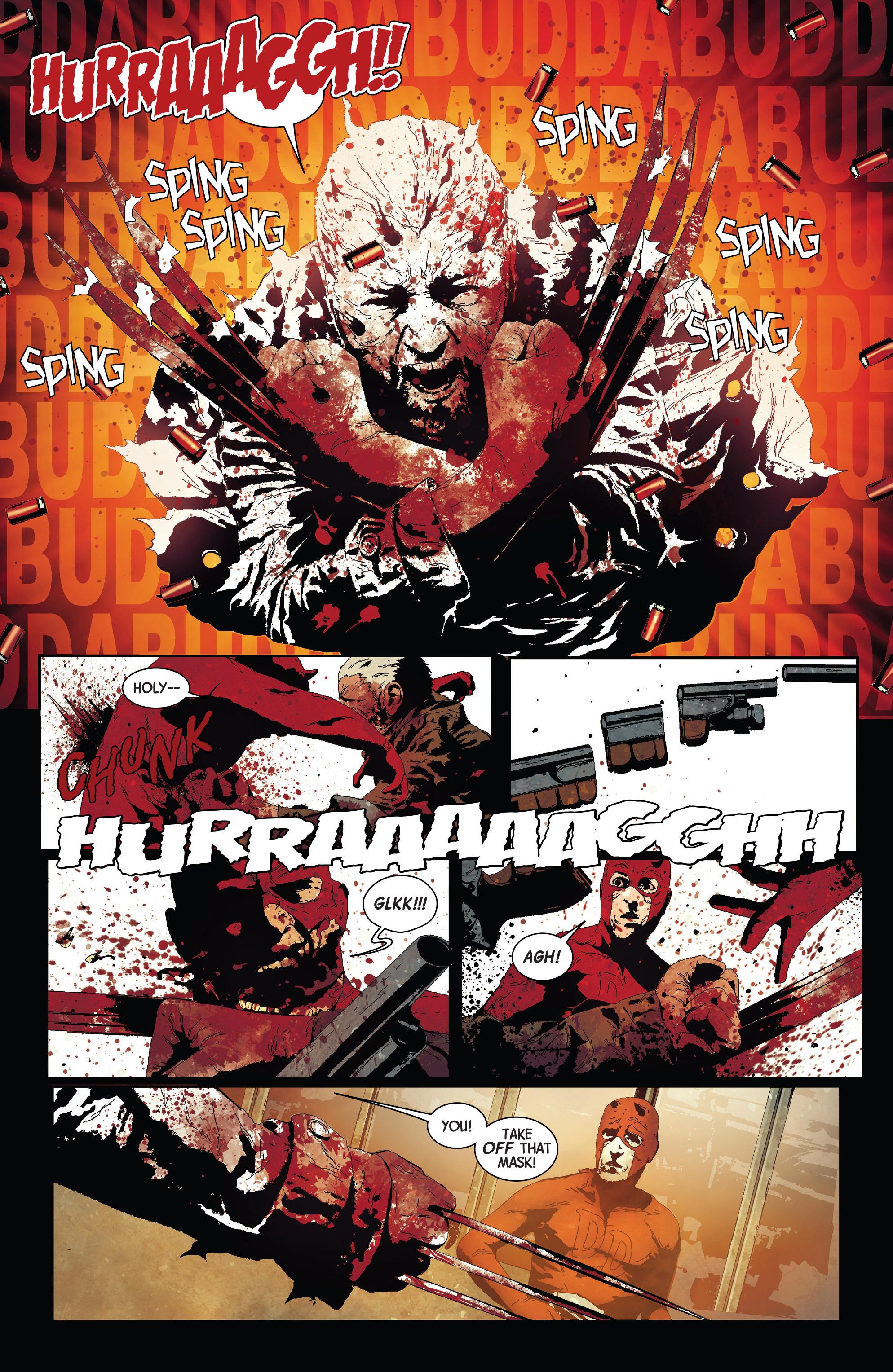 It’s been established for a while that Wolverine is older than pretty well any other human on planet Marvel (in Origin for those who want to check). This was used to good effect by Mark Millar and Steve McNiven in the first Old Man Logan story, in which a settled Wolverine had remained relatively capable when pretty well all his early 21st century contemporaries were no longer active. In 2015 when Marvel mushed all their alternate Earths together Brian Michael Bendis and Andrea Sorrentino took another look at the character.

Sorrentino has an astonishing, effective storytelling style drawing heavily from cinema techniques and throwing in the occasional Frank Miller homage, although his pencils are far more delicate than Miller’s chunky look. Bendis follows that lead by casting Clint Eastwood’s 1960s screen persona as Wolverine, a man of few words, but words that count, and decisive actions over a violent and gripping opening chapter.

Sadly, the subsequent enjoyment is limited to the art for anyone who’s not followed every jot of Marvel’s 2015 Secret Wars story, as Bendis makes no concessions. While Marvel have imprinted the cover with a Secret Wars logo, some explanations for the uninitiated would be only polite. Perhaps Marvel should consider that not providing the entire story is as likely to deter a potential buyer from venturing further as it is to encourage them.

Wolverine ends up on a world partitioned into various sectors, encountering versions of familiar Marvel characters who’re either very surprised to see him or have no idea who he is. It’s more an exercise in page filling than anything else, and a scene intended as an emotional introduction is entirely bereft and utterly pointless. Unless of course it has some relevance outside this graphic novel. Even Bendis’ signature strength, his conversational dialogue, comes across as hollow. “Now ya can build something new, y’can build something worth living for” exhorts Wolverine like some born again Christian. Even when he reverts to type there’s a feeling of soundbites for their own sake.

As Secret Wars reconfigured Marvel’s universe the point of this graphic novel was to have the familiar, and at that point dead, Wolverine supplanted by his alternate universe future self. Warzones does this, but in a manner displaying almost no inspiration. It leads into Berzerker, where the good news is that Sorrentino remains as artist. He’s done the heavy lifting here.