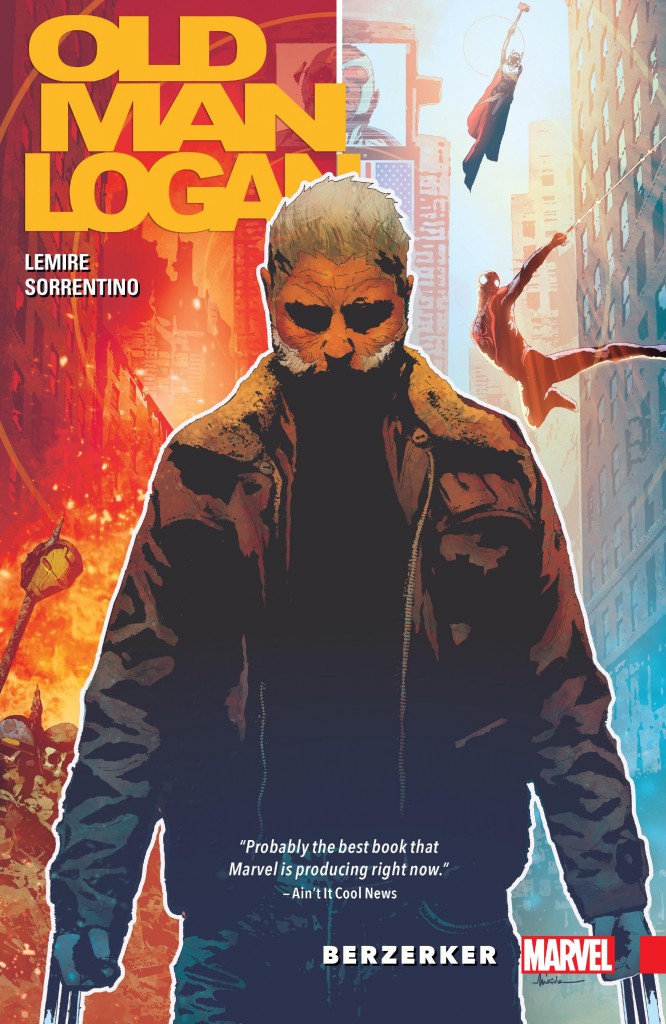 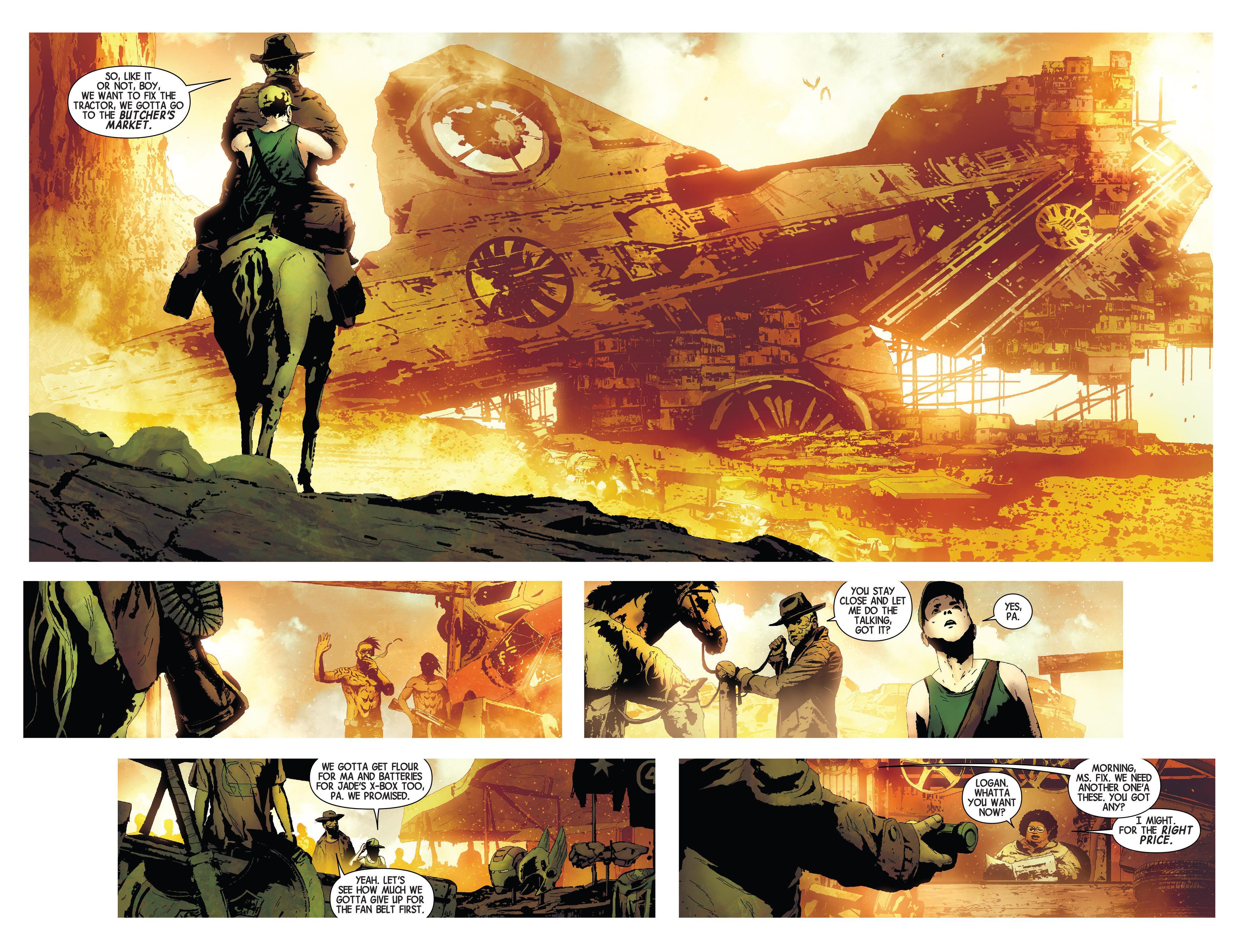 In Marvel’s 2015 reconfigured universe the Wolverine of old was shuffled off this mortal coil and replaced by his aged alternate universe counterpart, introduced in Old Man Logan and integrated in Warzones.

By far the best aspect of the latter was the superb art of Andrea Sorrentino, and for Berzerker he’s joined by new writer Jeff Lemire. Together they turned around a lacklustre series of Green Arrow graphic novels, and settled into their partnership. This is even better. Sorrentino employs some of the artistic techniques he introduced on that series, tinkering with storytelling structure. We have characters in moments of intense violence set against a massively lettered sound effect background or an item of importance highlighted in a panel within a panel, usually as white and red rather than full colour. Sequences from the past occur in panels without borders, there are Frank Miller homages, and these ornate flourishes of stylistic licence deliver one incredibly impressive looking graphic novel.

Lemire plays his part also. This Logan isn’t too far removed from the injured and dispossessed personalities Lemire excelled in portraying in his pre-superhero work. By dipping back into his alternate universe past he offers a contrasting character more dignified than the berzerker giving the book its title suggests.

Wolverine has always been a pragmatist, and stranded in what to him is the past, irrespective of it being a different Earth entirely, he determines his purpose as ensuring the future he lived through never comes to pass. He has a hit list, and in each case Lemire and Sorrento not only provide us with the present day smackdown, but look back into Logan’s past to show exactly why he’s enraged by certain people. “That memory is eclipsed by one I wish I could wipe from my mind forever”, he muses before tackling the Hulk, “I see what this monster’s children will do to mine. The rest is easy.”

If in a mood to pick, there are story devices that prioritise style over reality. For instance, with only four names on his hit list would Logan really write them on his wrist? So much of this is so good, that to quibble about dramatic licence is nitpicking well beyond the call of duty. There’s a great fight with the Hulk, a team-up with Hawkeye, Old Man Logan against Old Man Rogers, and within each chapter a surfeit of fine touches, both written and drawn. Unlike Warzones anyone can pick this up, grasp the essentials immediately and have a full jolt of Wolverine thrills. It’s a collection that ranks with the best Wolverine material, definitely top ten.

To pad out what would otherwise be an extremely thin looking collection for the cover price, the book’s completed with the final chapter of the Mark Millar and Steve McNiven story that introduced this version of Logan. It’s excellent, but loses something for its presentation in isolation, lacking the indignities and horrors leading to this catharsis.