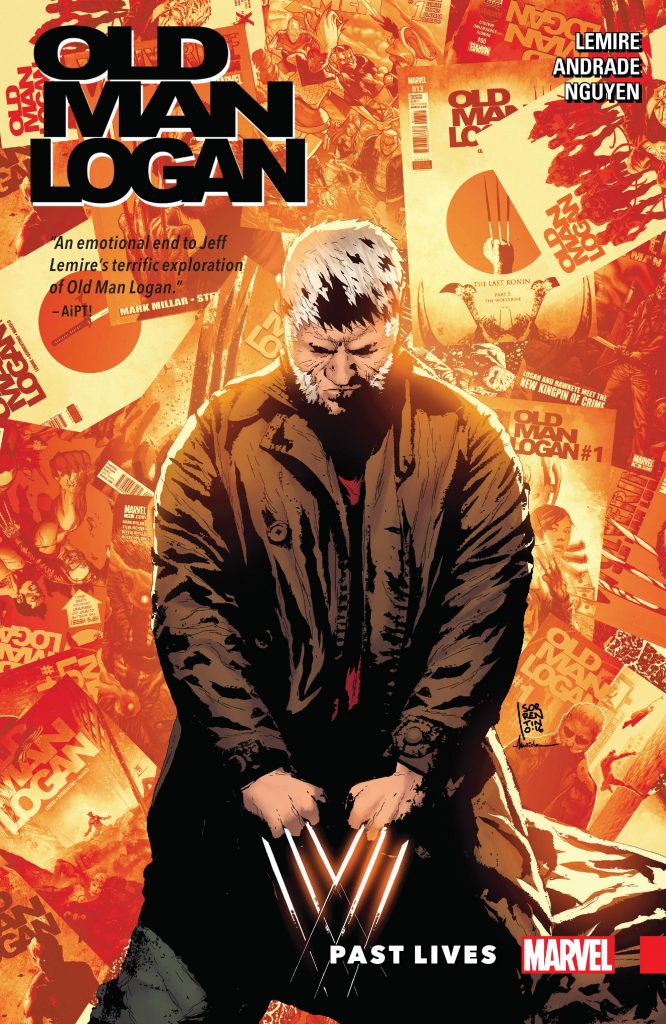 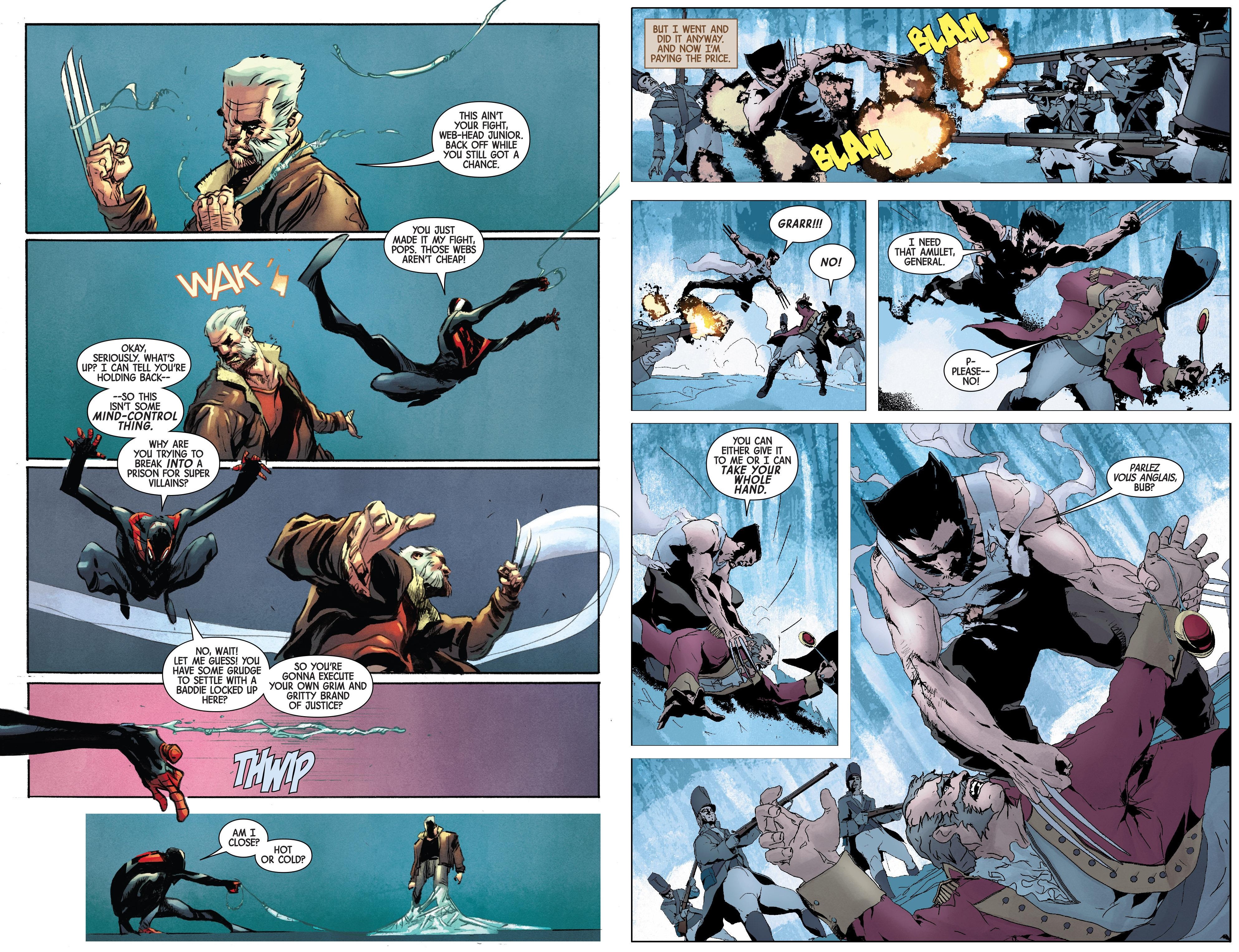 When this older version of Wolverine was first introduced, it was on a world dominated by a cruel version of Bruce Banner as the Hulk. Logan solved that problem, but the experiences of Old Monsters reminded him of a loose end. It’s a matter he feels he has to deal with, but getting back to a possible future that may have been wiped from the timeline is hardly a matter of popping to the corner shop. Jeff Lemire has Wolverine touring the superhero and mystical community for answers, eventually settling on someone who needs to access a lock-up in New Jersey.

Filipe Andrade is a frustrating artist. On one page he’s delivering a fantastically creepy illustration of Spider-Man stuck to a wall, which is followed by the bizarre exaggerations seen on the sample art. In one panel Spider-Man looks to have generated a horse’s leg, in another his leg’s become a twisted paper streamer, and on the following page it’s extended to over twice the length of his torso. Not every page of art needs to be super naturalistic, but some consistency within a style is surely necessary for good storytelling. It’s poor fare for a character whose adventures have been drawn by some spectacular artists, but thankfully Andrade’s part is restricted to the two chapter prologue, after which Eric Nguyen takes over. His style is smudgy, and dominated by shadow, but infinitely preferable.

The reason for the Past Lives title is that Logan doesn’t exactly get what he wants, perhaps not a surprise when the best he can do in bigging up his ally is “I had to resort to a piece of scum like you with no morals”. His consciousness vacates his body in the present day, but then skips back in time to the 19th century before skipping forward again, keeping hold of an amulet essential to his ability to return. While re-living Wolverine’s greatest slashes is fun, it’s hardly Lemire stretching himself. This is his final work on a distinguished series, and much of the tension is propelled by the unlikely scenario of Logan losing the amulet time and again in what could be a Chuckle Brothers plot. The true story occurs in the final episode, and that’s the heartbreaking depth we want, hinging on a near impossible choice, although it may not have quite the same resonance for anyone who’s not read the original Old Man Logan graphic novel.

Lemire and Wolverine might have seemed a strange match to begin with, but give it some consideration and he ticks pretty well all the boxes for personality traits Lemire exploits so well in non-superhero work. He’s a surly and aggressive loner with few social graces, but with his own code of honour and an incredible tenacity. Over four previous graphic novels it’s been an incredible fit, and if this doesn’t match it, neither is it Lemire departing with a whimper. Old Man Logan continues with Days of Anger, but under a new creative team. 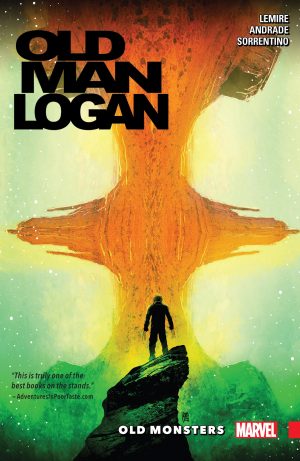