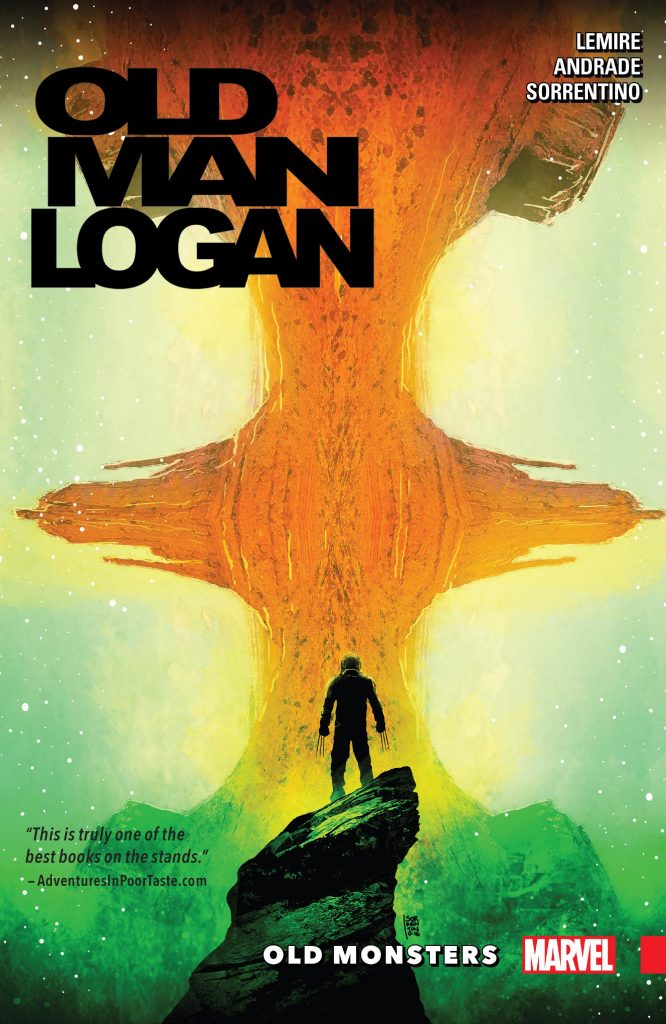 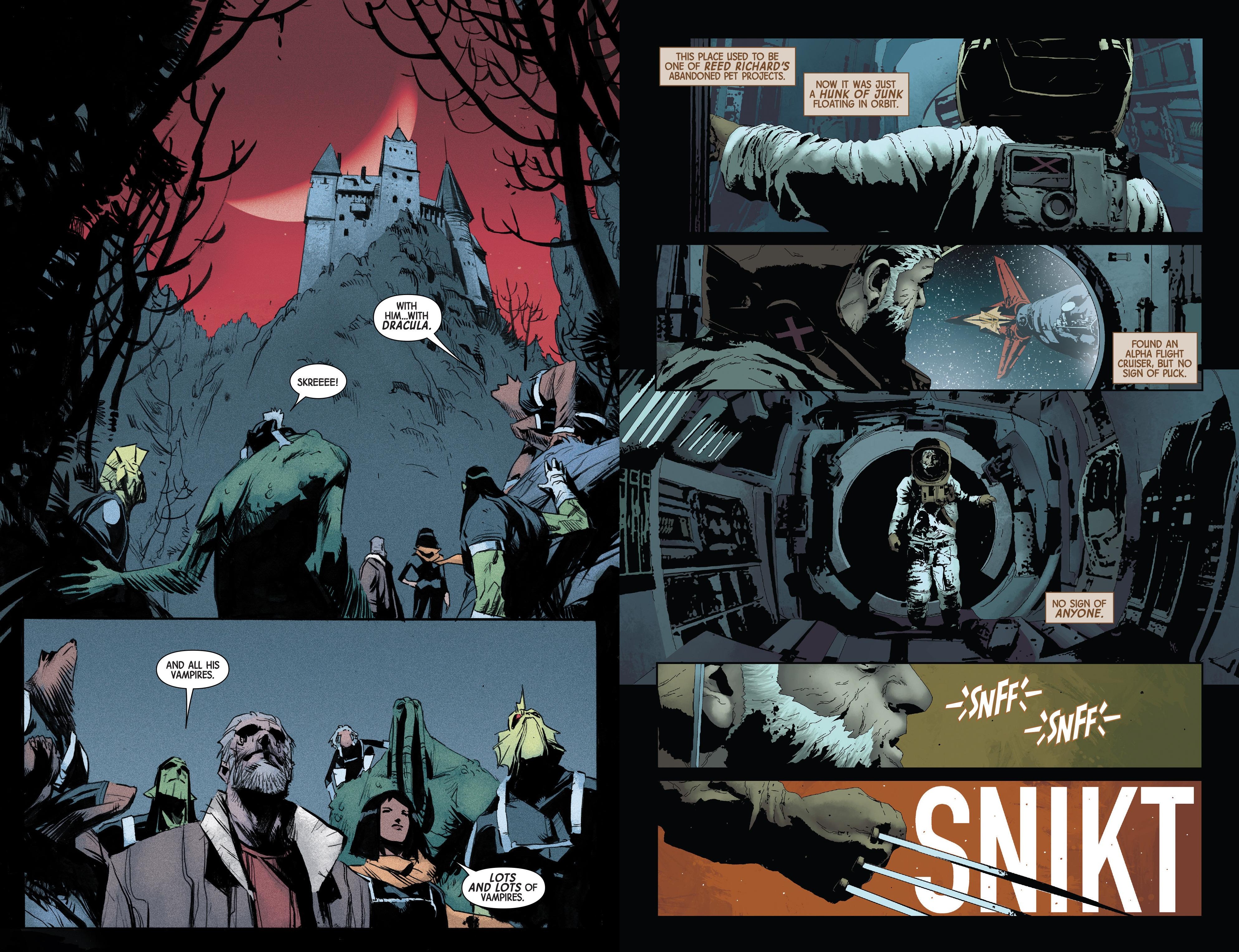 Old Monsters is two completely contrasting stories. It features the ancient vampire culture and the modern idea of space travel, two very different artists, two very different ways of Wolverine’s healing factor being his lifeline, and one story trivial, the other excellent,

In Curse of the Mutants Wolverine’s friend Jubilee was converted to a vampire. There has been no cure, but it’s a condition she’s learned to cope with, and science has provided methods of negating the vampire’s restrictions. When Dracula summons, however, there is no resisting. This version of Wolverine has a far longer history with Jubilee, and his first thought is to hit up Castle Dracula for a rescue attempt. Filipe Andrade’s loose, sketchy style continues the theme of contrast. It’s good at conveying night scenes and monsters, but elsewhere his figures are so flexible some of them seem to lack spines, and there’s no consistency when it comes to the cartooning, some characters more realistic than others. There’s a fantastic ending to the story, although fatalistically noted as likely to be ignored, but this is otherwise Lemire on autopilot. He can write pompous lines like “I can do anything I want you wretched little rodent. You are of me. You belong to me.” in his sleep, the appearance of S.H.I.E.L.D.’s monster squad is seemingly only for a deus ex machina moment, and Dracula caves too easily.

Andrea Sorrentino has drawn much of the series, but for the second story he modifies his style. His layouts with colouring recall Richard Corben in places, which is no bad thing, and as the story changes, so does the art. This is a far better story. It’s deliberately disorienting, starting with Wolverine back in the Wastelands, his final location before being absorbed into the revised Marvel universe, but he’d gone into space, responding to an emergency call from a friend. Lemire is telling two stories in parallel, and we’re not sure which is true. It could be that neither is, but they’re both compelling, and the uncertainty is maintained until well into the concluding chapter. It’s all very satisfactory, well up to the standard of Lemire’s previous work, and leads very naturally into Past Lives.

Old Monsters is a clever title, fitting both stories, but proves Lemire’s better on Old Man Logan when he’s not attempting comedy.