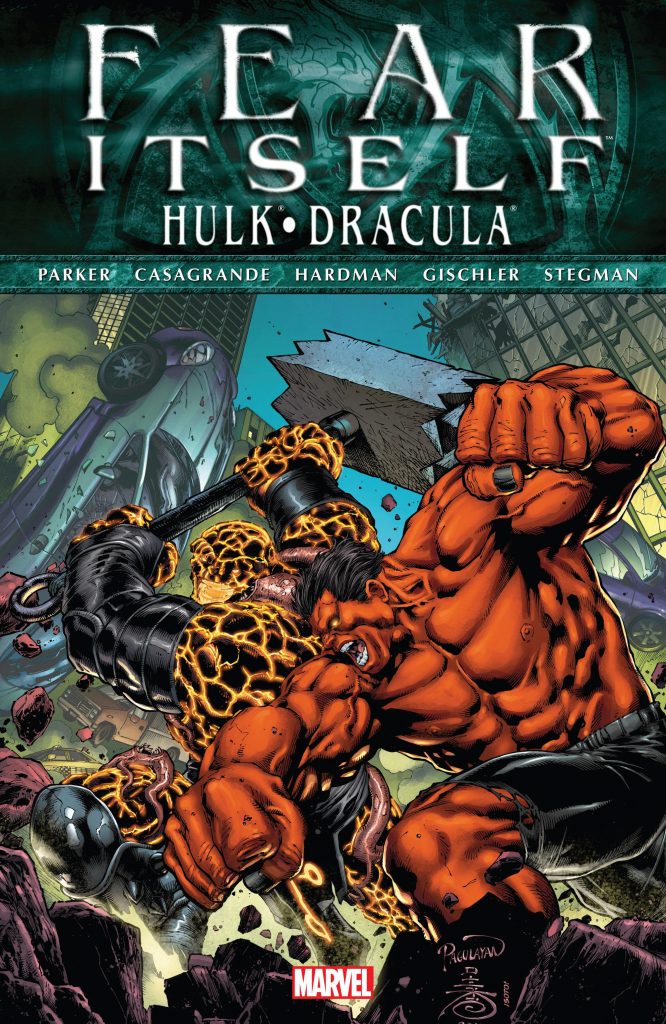 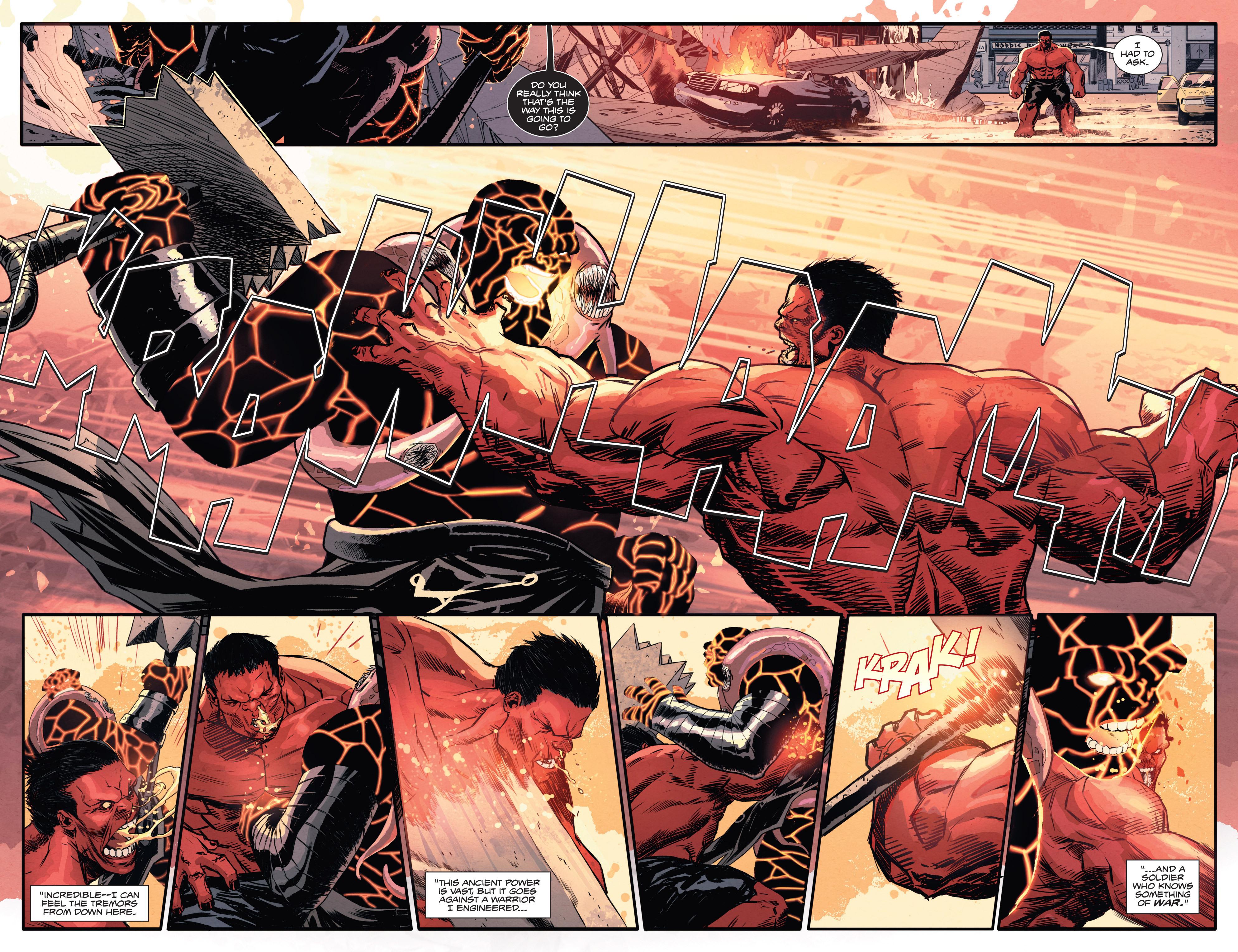 As part of a plan set in motion by the Red Skull’s daughter, ancient evil has been awakened, and hammers have been sent to Earth transforming already powerful beings into even more unstoppable behemoths. One of those transformed is the Thing. Who could possibly stop him? Well, it’s the Hulk’s name on the cover, but anyone who’s read other Fear Itself tie-ins knows Bruce Banner also picked up an evil hammer and went on a rampage, so it’s down to Thaddeus Ross, the Red Hulk to save the day.

After all these years yet another Hulk vs Thing battle, albeit one with a couple of twists, doesn’t really make for compulsive reading, so recognising this, Jeff Parker adds another layer to the story by having the Hulk observed and tested by M.O.D.O.K., also a revised version. M.O.D.O.K. serves as a form of erudite sportscaster, commenting on events and assessing them, and there’s also the mysterious presence of Zero/One to contend with. Parker finds them far more interesting than the events of Fear Itself, and who can blame him? However, what he supplies instead doesn’t have a great resonance in the context of this collection, although that’s not his fault. As part of the ongoing Hulk stories he wrote there’s a great revelation, but it’s lost amid the Fear Itself content.

Artitically, Elena Casagrande’s looseness has an appeal and she can turn out a great Hulk action scene (sample art), but her layouts for other sequences aren’t as powerful or imaginative, and some of the M.O.D.O.K. scenes look dull. Gabriel Hardman is the better artist overall. His pages have a strange delicacy about them, appropriate for some scenes, but not when sheer power is required.

As noted, the original Hulk has also picked up a hammer, and the result was his being walloped into the Carpathian mountains by Thor. That’s Dracula’s kingdom, where he maintains his Vampire Nation, and the graphic novel’s second story has Dracula, for once out-powered, attempting to protect his power base from a vengeful monster.

Much like Parker’s script, Victor Gischler has Dracula observe the Hulk in action against his minions before taking some direct action. It’s very much prolonged tease that will mean little to anyone unfamiliar with this iteration of Dracula and his court disputes. There is a good ending, but that only accounts for five or so pages, so not enough to compensate. Ryan Stegman’s art, however, almost does. His clean style and well considered page designs impress, but not enough to make this collection anywhere near recommendable.