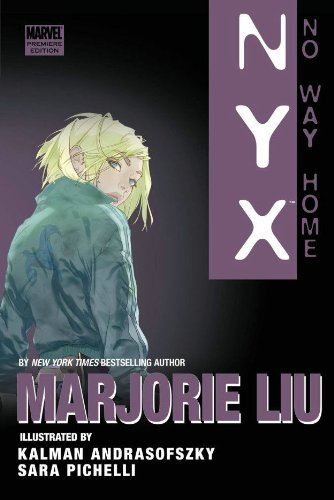 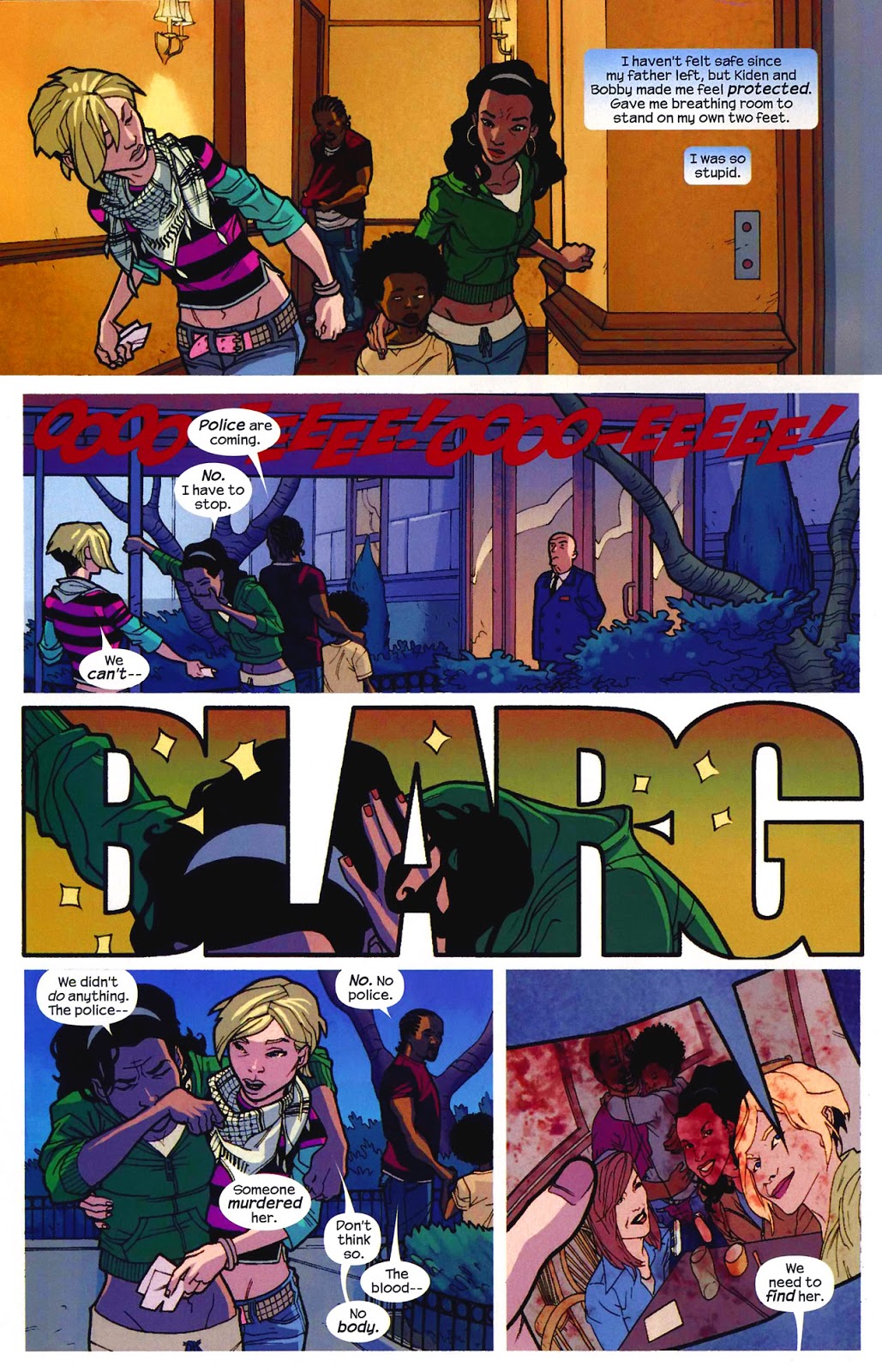 When originally published almost four real world years separated No Way Home from the first NYX story Wannabe. Only a few months have elapsed here, but Bobby, Kiden and Tatiana are all a little older and so is Li’l Bro.

There are some close ties to the previous outing, John Rauch’s vivid colouring strongest in recreating the look, and also distinct differences, required to avoid NYX steering too close to the very similar territory occupied by the subsequently launched Runaways. The major difference is Laura being absent with no explanation provided, although her disturbing past had been laid bare over two X-23 stories, beginning with Innocence Lost. Thematically, new writer Marjorie Liu switches the process from people running away from problems to the cast being chased, an unpleasant incident engineered to cause maximum distress, and there’s a slight integration with the wider Marvel universe, although not intrusively. Where it’s closer to the first story is that No Way Home starts well and slowly deteriorates, although the problem here isn’t lack of attention, but a plot that was obviously curtailed before the intended finish.

Kalman Andrasofszky is responsible for almost all art, although Sara Pichelli pitches in with a few nice contributions. Given time he’s an expansive illustrator, and the opening chapter has some lovely scenes of Kiden and Tatiana wandering around New York, but it’s equally obvious that as the story continues he’s not able to spend as much time on individual pages. He never reaches the stage of sloppiness, but neither does he ever match the heights of the attractive opening chapter again.

Liu switches the narrative captions from chapter to chapter, providing some insight into all primary cast members, extrapolating the pasts of some along with their fears and intentions. “I used to think a lot about the choices I’ve made. I guess I’ve learned one or two things, but mostly it’s a big waste of time”, is Kiden’s assessment of herself, and the others are equally well constructed. This is welcome as previously all bar Kiden served the story. No Way Home starts to make good use of plot points established over Wannabe, but that’s just setting us up for disappointment, as so many of them remain hanging by the time a standard ending arrives. The final chapter is a lump of cryptic comments, callous unrevealed villains, and some seemingly pointless events. The lack of resolution makes it profoundly unsatisfying.

No Way Home is combined with Wannabe as NYX: The Complete Collection.