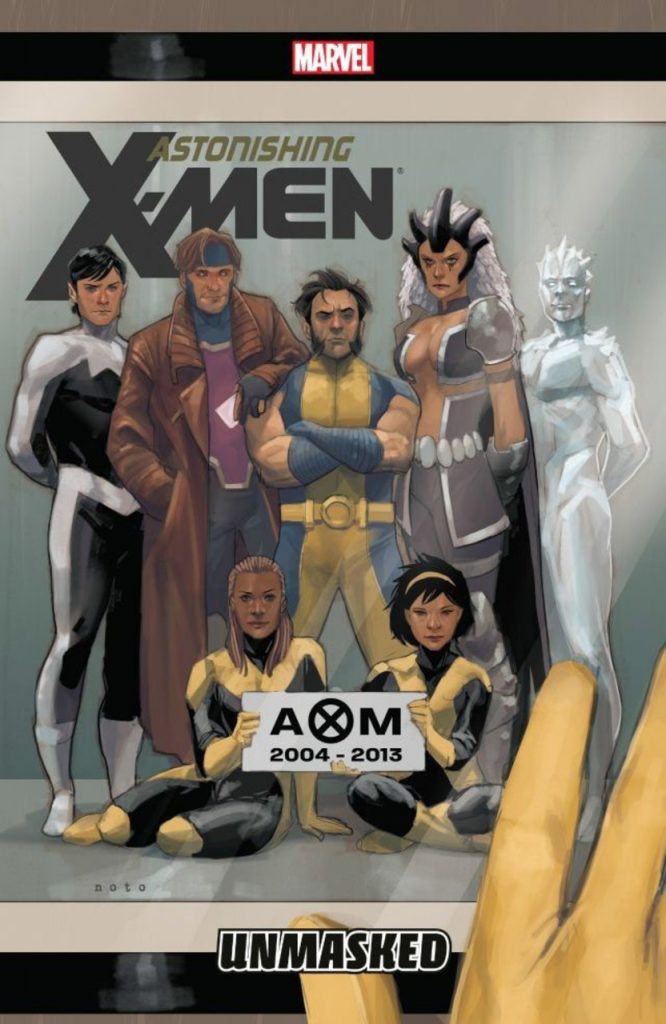 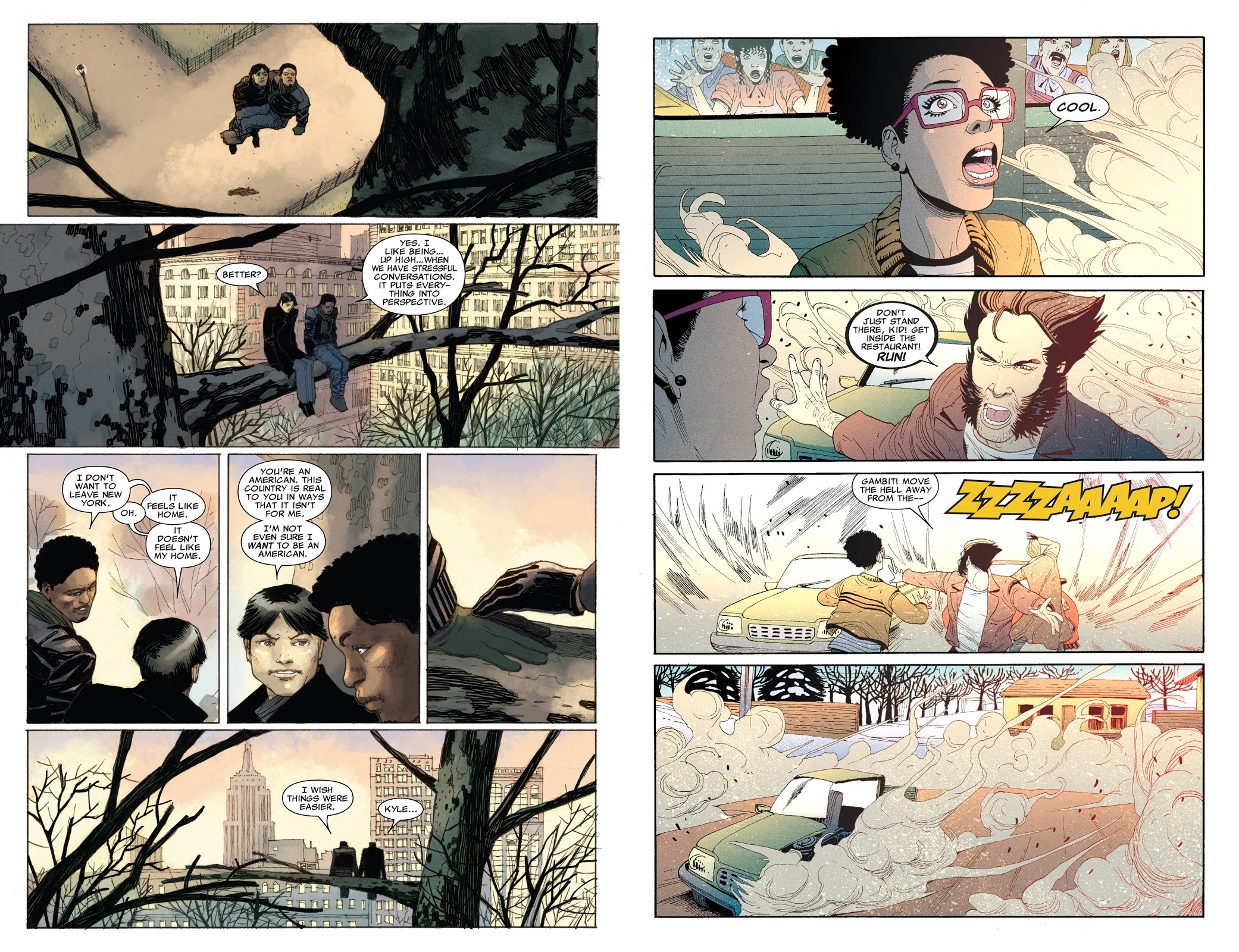 For some while alien Shi’ar warrior Warbird has been hanging around with the X-Men, but to no great purpose. She’s been okay for a cheap snigger not understanding Earth customs, a violent over-reaction and some muscle, but that’s hardly in-depth characterisation. It’s almost as if no-one’s known what to do with her. Marjorie Liu puts that right over an excellent first episode of Unmasked, boring down into what Shi’ar culture values, and what it fears. It’s surprising, touching and has a lasting effect, at least for the remainder of this bulky collection. Her alien presence is juxtaposed with the subsequent attempts of American authorities to deport Northstar back to Canada, and as with all Liu’s plots there’s an underlying humanity to the characterisation. Instead of violence for violence’s sake because this is a superhero story, if there is violence, there’s a better underlying reason for it than you’ll find in many X-Men graphic novels.

The most intense exploration of this is in a tragic story that’s incomplete here, as it leads into X-Men: X-Termination (not to be confused with X-Men: Extermination), where the final fate of a Nightcrawler from an alternate universe plays out. This prologue, however, is heartbreaking, given the right poignancy by the superbly intuitive art of Gabriel Hernandez Walta. He’s excellent, his pages detailed, interesting looking and if visual emotion isn’t a strong point, at times this prevents a dip into melodrama. Amilcar Pinna’s fine line graces a couple of chapters toward the end (sample art right). His figures are stiffer, but he’s also adept at making the pages look interesting, and Felix Ruiz’s more graphic-oriented style is also seen for a few pages.

Liu begins her second story here strangely, with a consideration of Iceman’s previous love life, this set in the days before he was retconned as gay, and he’s feeling a little insecure. This coincides with extreme winter conditions manifesting suddenly around the world. Liu institutes an extreme change for Iceman, and one that’s perhaps not entirely consistent with his past, but it’s intriguing and well set up. Until this story Iceman’s always been good for a few snowballs and ice slides, but what if he could do so much more, affecting the entire planet? And of course, one of his old passions was Mystique, never a woman to be trusted.

Despair motivates the Iceman story, and to a lesser extent also the two-parter that follows, which isn’t as satisfying. That it’s two very different but connected stories is nice, but Liu over-eggs the messages of empowerment. It leads into a finale that is satisfying, with Warbird bringing this run of Astonishing X-Men to an end by considering how she’s been changed by her time on Earth. A form of destiny is a theme Liu’s reiterated throughout her run, never emphasising it, but frequently considering what the cast would be if not X-Men, and how being X-Men has been positive for them. There was a shaky start with Northstar as Liu found her way into the team, but Weaponized and now Unmasked are two character-rich and under-rated X-Men graphic novels.