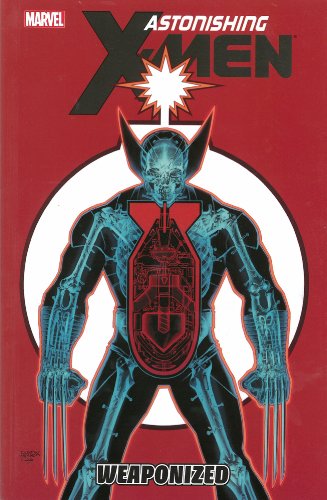 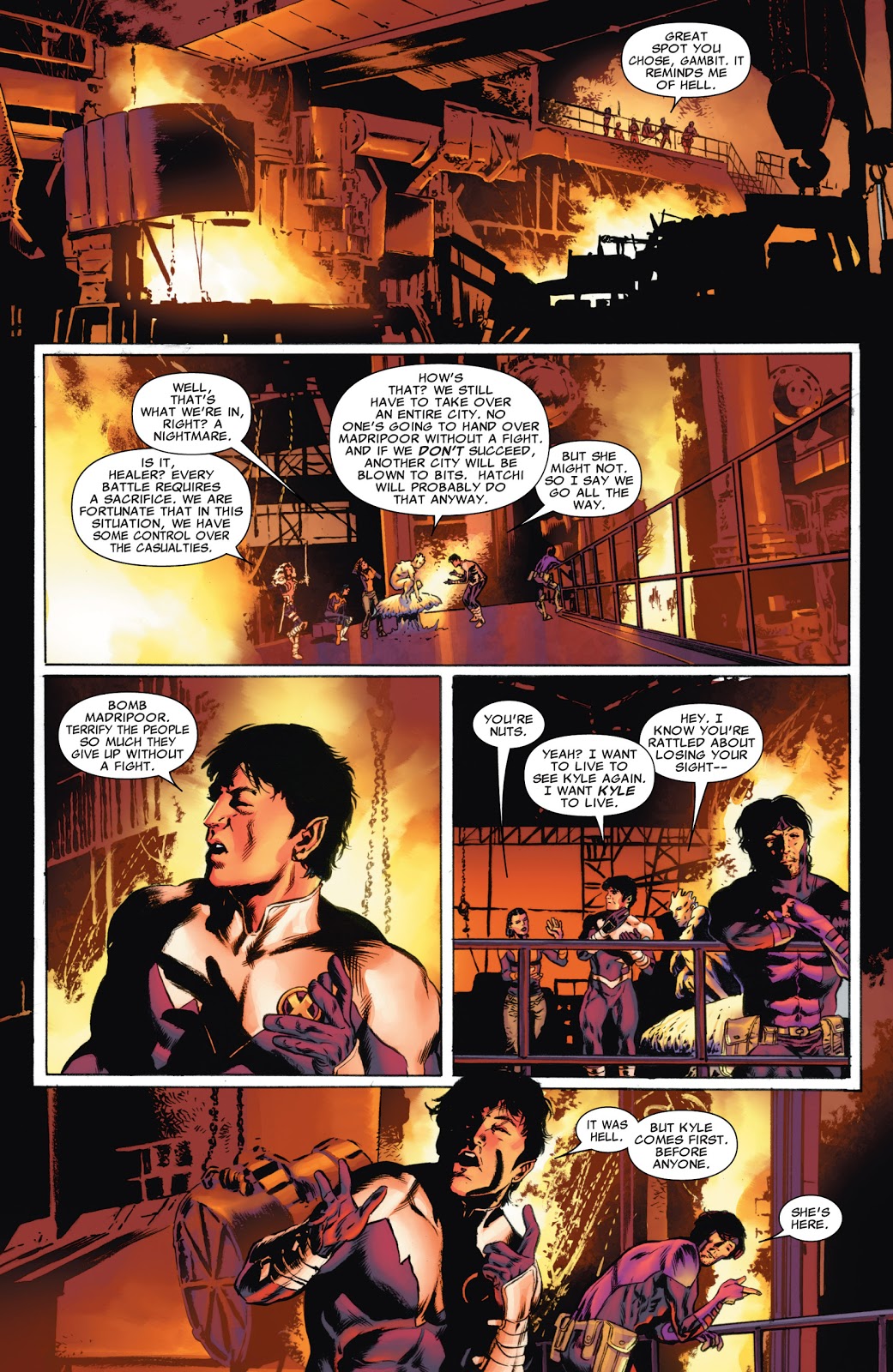 For much of the previous Northstar writer Marjorie Liu had to concern herself with the soap opera focus leading up to Northstar’s wedding, meaning Karma’s problems were given short shrift. She was able to identify someone else had seized control of villains’ minds and had them attack the X-Men, but a short time later fell prey herself. In a nicely written first episode the doubts Karma’s been having about her life are aired, and Liu explains the conveniently random manner she brought the X-Men together when the opening events of Northstar kicked in

Gabriel Hernandez Walta contributes some flashback pages nice enough to earn him the gig as regular artist with the following Unmasked, but the naturalistic precision of Mike Perkins remains the art of choice for Weaponized. He’s superb at providing locations. As seen by the sample art, when the X-Men need to be in an industrial plant he doesn’t just draw large X-Men with a couple of vats in the background, nor does he only put the effort into the establishing panel. Later in the story the setting is a burned out building, and Perkins is as impressive with the debris there, all the while bringing the cast to life and giving them a solid emotional presence.

There’s been no secret about who’s behind Karma’s problems, genius industrialist Susan Hatchi, once a mutant herself now wanting to test some new weapons she’s developed. She’s utterly amoral, ruthless and confident, and there’s a reason she’s targeted Karma, all of which flows naturally as Liu drops more of Karma’s Vietnamese past. The layers service the remainder of the plot nicely, although one particular stunt has been pulled a little too often for comfort. However, Liu takes us through some twists and turns, pretty well everyone has decent motivations for what they do, and she’s a rare writer that uses Wolverine as part of a team rather than the X-Men as his supporting cast.

There’s not the same subtlety about Christos Gage’s final story, which begins with Kyle Jinadu talking individually with assorted X-Men attempting to discover what life will be like with them as friends now he’s married Northstar. The responses are all too obvious, and in Warbird’s case bordering on unintentional comedy such is the exaggeration. David Baldeon’s a decent enough artist with no great depth perception and prone to stumpy X-Men to fit them into the panels. It’s a disappointing ending to an otherwise entertaining X-Men collection. 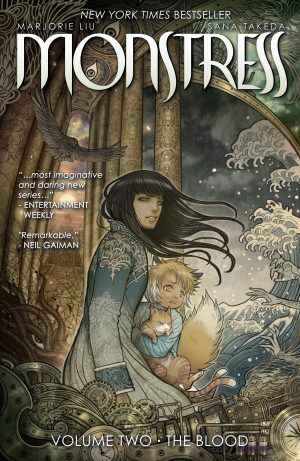 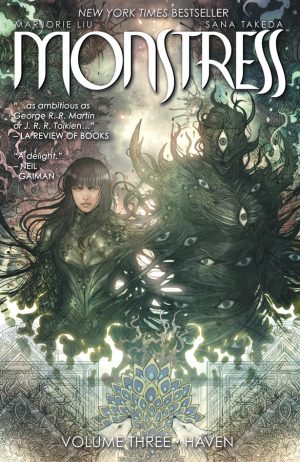