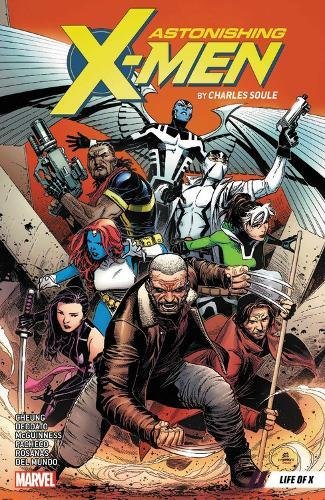 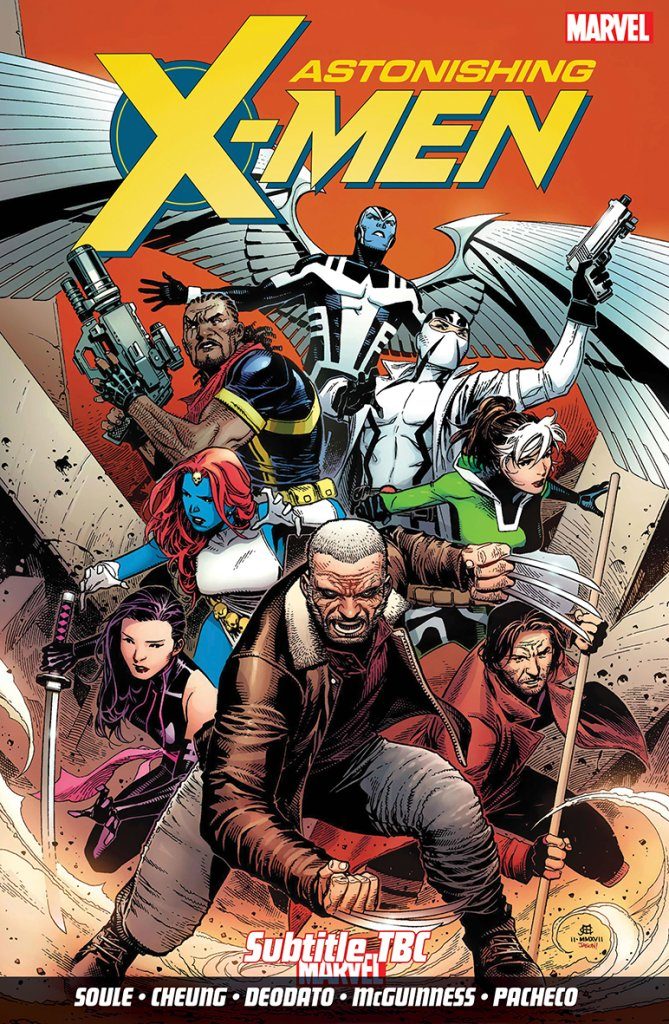 Charles Soule’s plan was to create an X-Men event over twelve chapters occurring on a single day, each chapter drawn by a different artist. It’s an interesting plan. Did it succeed?

Back in Marvel’s 2012 crossover series Avengers vs X-Men the major casualty was the X-Men’s mentor Professor X. Now, make sure you’re sitting down. It turns out six years later that he’s not entirely dead after all. Who saw that happening? All those years his disembodied mental essence has been hidden away, trapped by his old enemy Amahl Farouk in the Astral Plane.

To give Soule some credit, tasked with the Prof’s resurrection, he sets his tension well over the opening two chapters. A group of X-Men race to stop a possessed Psylocke from destroying London, and she realises Farouk is attempting to access the physical world. The solution is to send other X-Men into the Astral Plane to prevent that, but as they do so they’re unconscious in our world. Meanwhile the authorities have clocked the X-Men, registered them as threats, and are preparing to act, but the X-Men can’t be moved or all will be lost. That’s good. There’s much that’s predictable about Life of X, but Soule’s ending is a stunner, and once revealed the foreshadowing is excellent. However, a lot of what’s in between is nothing X-Men fans haven’t seen before, and in places it’s dull, because the plot has been over-extended.

Part of that might to be accommodate a stellar line-up of artists. Marvel has been plagued in the 21st century by artists unable to draw more than three consecutive episodes of a series, so rotating the art chapter by chapter among the top of the line artists is an acceptable solution. In order, Jim Cheung, Mike Deodato (sample page), Ed McGuinness, Carlos Pacheco, Ramon Rosanas, and Mike Del Mundo each contribute. Everyone will have their favourites, some have their weaknesses (only able to draw the single face, not the best at layouts telling the story), but by superhero standards this is a fantastic selection of artists.

Most people would surely want Professor X back. It would be nice if in future Marvel didn’t resort to cheap sensationalism of killing viable characters, when they’re always going to return, and for the time being Professor X is back. Unfortunately, the price appears to be another character. Maybe so, maybe no. A Man Called X will explain more.