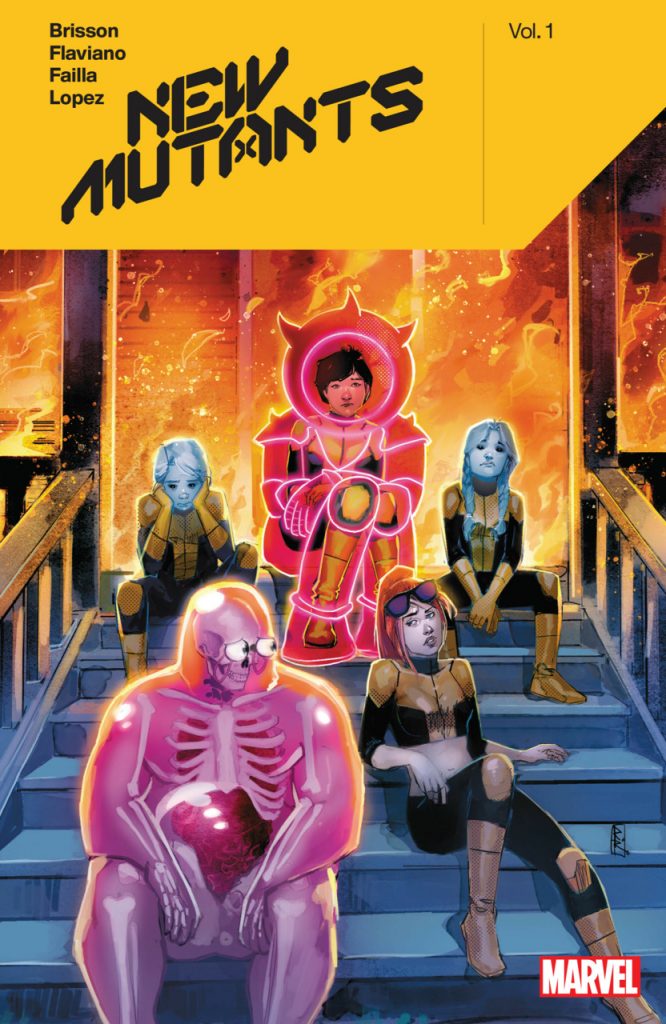 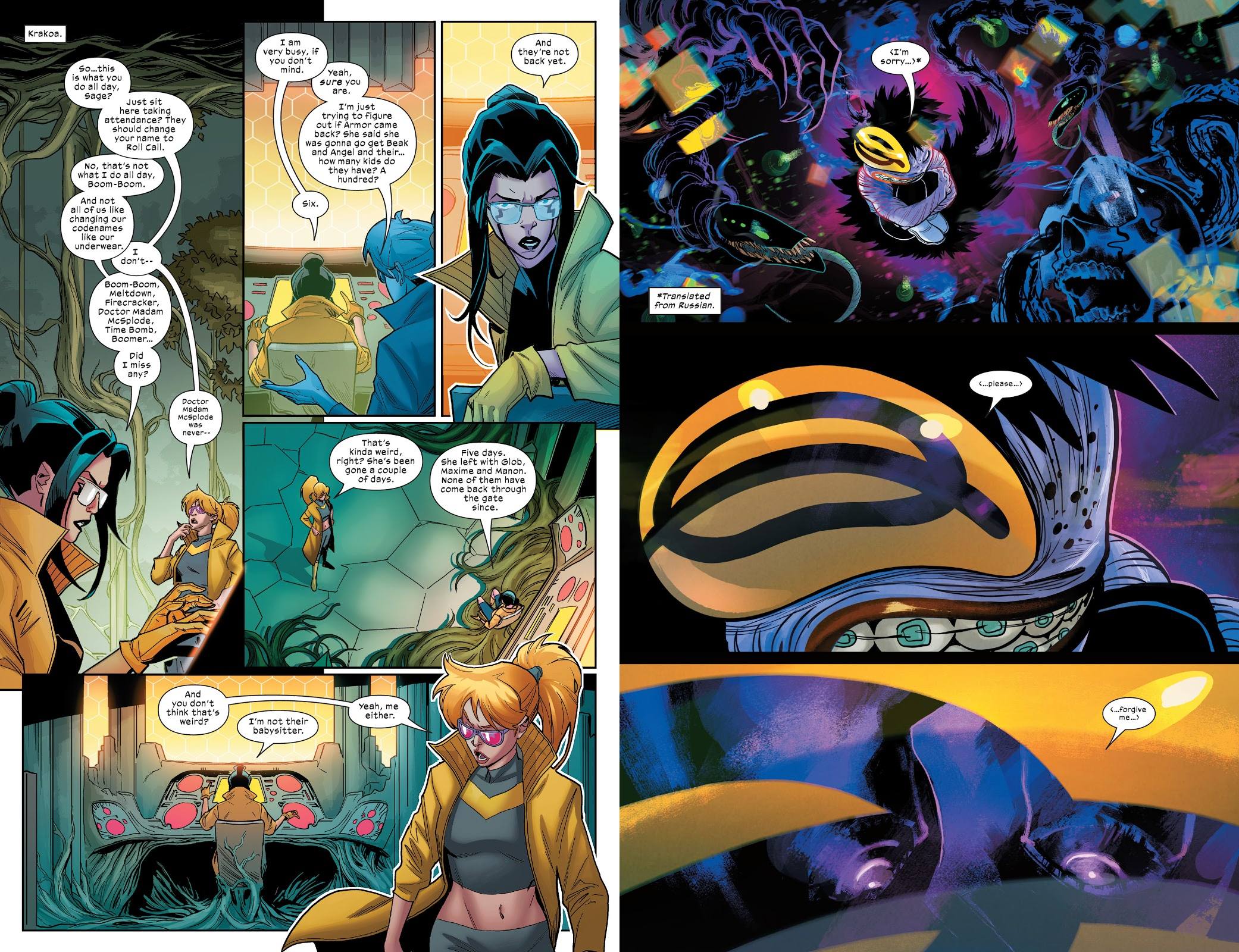 Perhaps confusingly, from 2019 there were two teams of New Mutants, both sharing the same comic. The characters first introduced in the 1980s can be found as New Mutants by Jonathan Hickman, while initially at least, Ed Brisson concentrates on a more random selection of younger mutants, although several were introduced during Grant Morrison’s X-Men run.

What’s supplied here are stories greatly differing in tone from Hickman’s work. If that’s the light, this is the dark, incorporating real world issues, some thinly disguised, others not even having that veneer. The two longer stories are both crafted to expand from an ordinary situation, such as a visit to old friends or a routine mission to locate a mutant who’s just developed powers. The first becomes a crime story with an escalating hostage situation, and the second is a renewal of mutants standing in for the real world persecution of minorities. That’s even set in a fictional Eastern European country, an area of the world where mere tolerance is at a premium, never mind acceptance. Both constantly surprise by placing very powerful teenagers into situations where those powers aren’t going to help them, and Brisson has both stories take a dark turn.

Marco Failla and Flaviano (Armantaro) share the art between them, each a good storyteller, but Flaviano given the greater chance to shine by virtue of the content he works on needing some strange designs, these duly supplied. He switches effectively from linework to digital painting for the wilder sequences, in which colourist Carlos Lopez really brings out the rampant weirdness.

Brisson’s plots are well constructed, but he’s a little weaker when it comes to the personalities, many of whom are almost interchangeable. He obviously enjoys working with Boom Boom’s entitled character – “Your Dad killed this thing with spears and my bombs don’t do anything to it! How is that fair?” – and although they’re not used as much, there’s an intelligent role for younger mind-altering twins Maxim and Manon. At the final knockings there’s also an interesting insight into Glob, whereas earlier attempts at whimsy aren’t as convincing even if they generate a good Laska recipe for the text pages. Some of the previously absent original New Mutants return halfway through, and Brisson also throws in some surprising others.

Two single chapters also feature, the first occurring in Brazil where someone is trapping mutants wanting to head to the haven of Krakoa. That’s largely a set-up, followed up by the next to take a turn at writing New Mutants in New Mutants by Vita Ayala Vol. 1. His final story concerns an online site noting all mutant activity outside Krakoa, again a thinly disguised version of real world trolls. Here Brisson can provide a satisfyingly ideal ending sadly not applicable outside comics.

This is a fun collection offering thoughtful entertainment with some points to make. It’s worth your money.