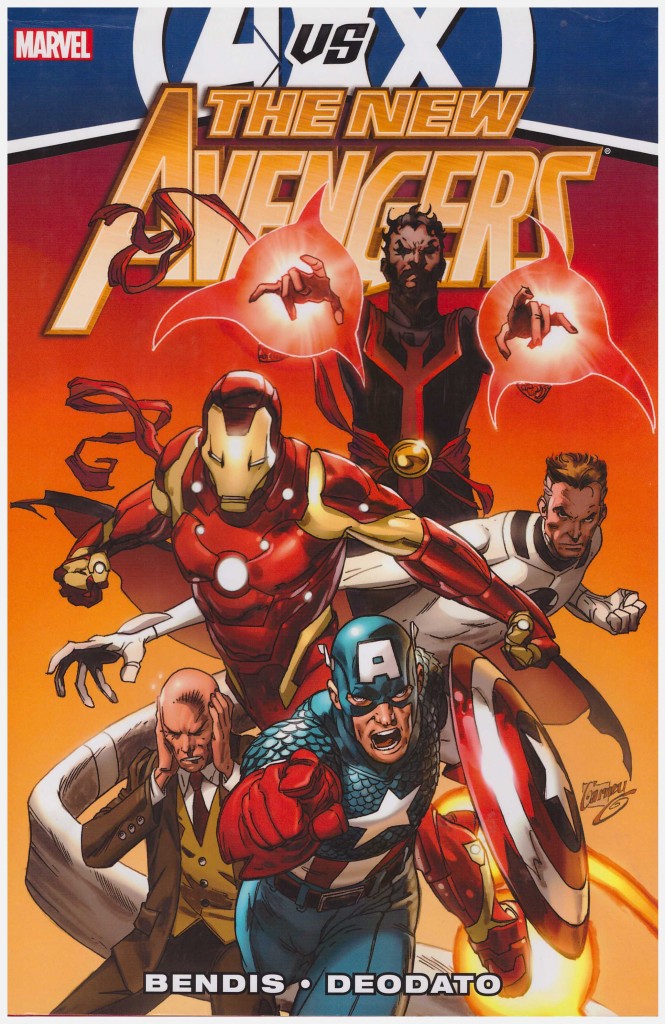 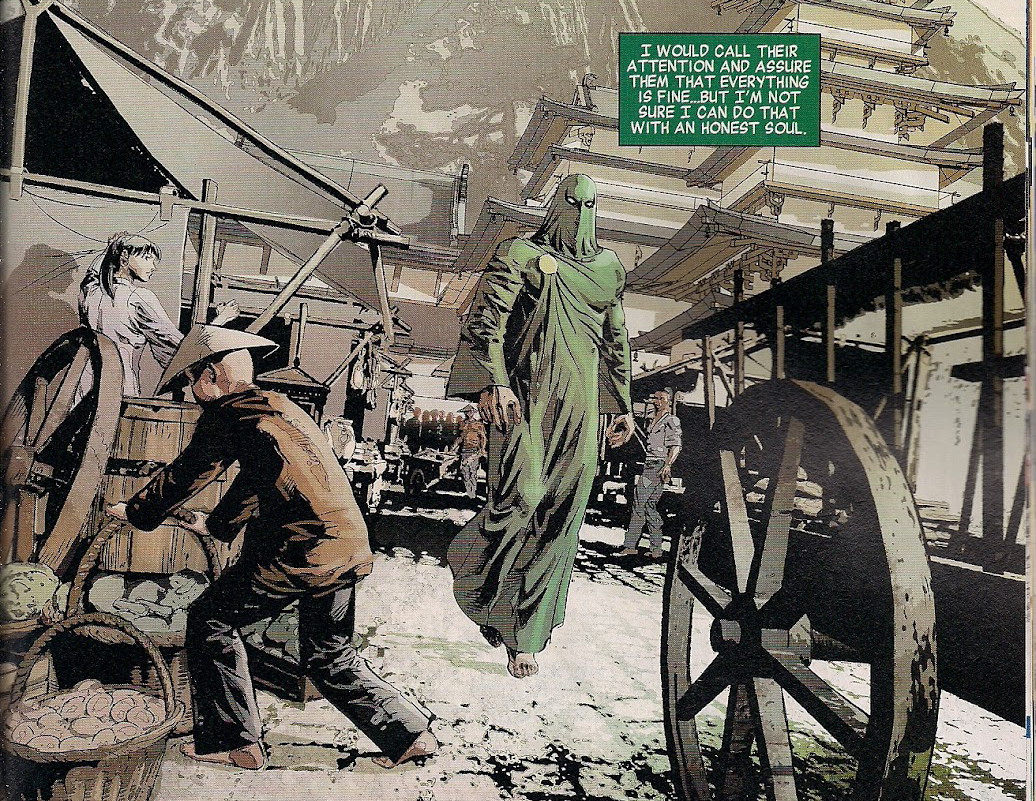 With the machinations of Norman Osborn dealt with in the previous volume it’s time for the big Avengers vs X-Men tie-in. Or not. The stories here dance around the edges, but in a far more satisfactory manner than the equivalent material in Brian Michael Bendis’ Avengers series. There’s a cohesion to the content that, for the most part, can be read and understood with no reference to the main crossover. There’s also an admirable narrative variety presented.

The longest sequence has zero involvement from the Avengers as we drop back a few centuries to entwine the idea of the all-powerful cosmic Phoenix force with the mystical elements of the secret city of K’un Lun. The iron fist now possessed by Danny Rand has a long history, and one of those who previously attempted to acquire the power was 14th century girl Fongji. The story follows her discovery and training, and is a well-conceived and executed change of pace with spectacular art from Mike Deodato. Will Conrad contributes sections featuring the Phoenix, and the action switches to the present day when Hope Summers, expecting to contain the Phoenix force when it arrives on Earth, receives an endearing pep talk from Spider-Man.

As good as that is, it’s not the best on offer here, which is a story that takes place after several Avengers have been captured by the X-Men. Hawkeye, Luke Cage and Spider-Woman are imprisoned way below the X-Men’s island headquarters and are looking to escape. Bendis crafts a thrilling escape story with a twist, with Deodato again delivering top notch art.

The other material has nice moments, but doesn’t hit the same peaks. The strongest element of the opening chapter reprises a scene between Cage and Jessica Jones from volume 3, but to diminishing effect, and Cage is again the best part of a very average closing chapter. The remaining sequence deals with the Illuminati, the world’s most influential heroes, which in some ways is Bendis’ Waiting for Godot. Depending on what you want from a story it’ll either be an accumulation of tedious waffle, or a fascinating insight into iconic heroes at a time of crisis. It does build up to a fine conclusion.