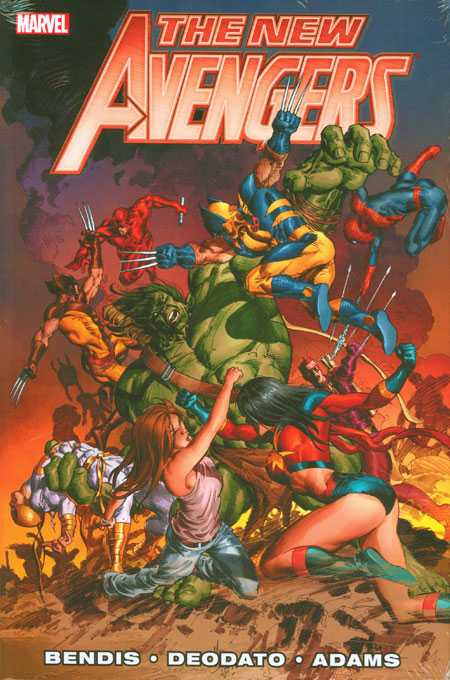 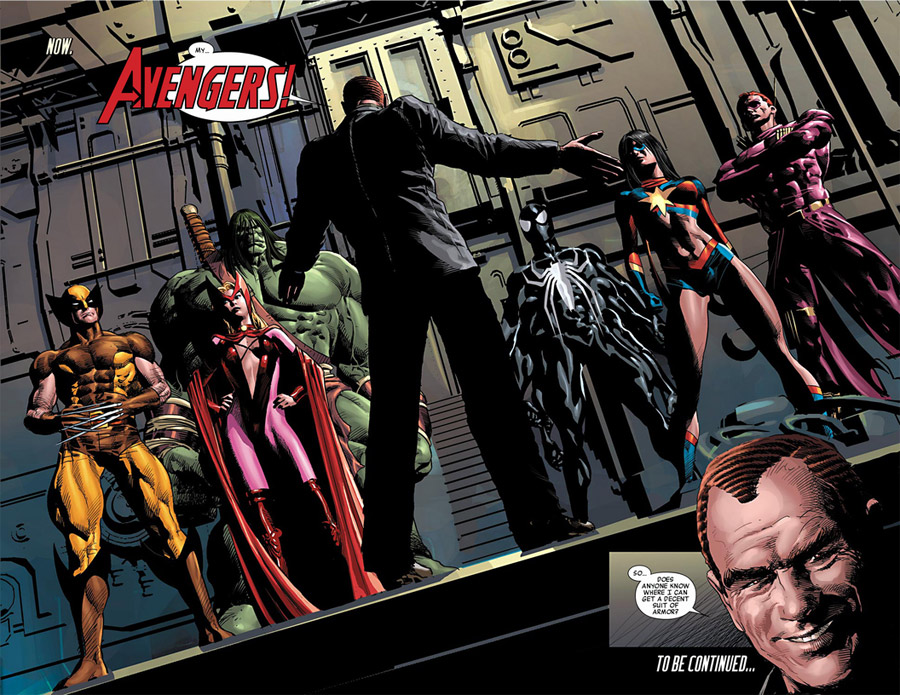 Rather than continuing from volume two, there’s a detour into Avengers: Fear Itself before matters continue here.

The opening sequence details Norman Osborn’s escape from the supposedly impregnable security of the Raft, pencilled by Neal Adams with Tom Palmer putting in a significant inking shift. There are glimpses of the artist Adams once was, his graphic style particularly impressive when depicting Osborn himself, but many of the other pages are standard material for a genre that Adams once dominated.

Mike Deodato draws the remainder in spectacular fashion, and initially far more interesting than the Avengers sequences is Osborn compiling a new squad of Dark Avengers, none related to his previous iteration. His Spider-Man stand-in is particularly skin-crawling, and the eventual dust-up between the two teams lives up to expectation. Osborn’s strength throughout his Avengers appearances, though, has been his masterful media manipulation, and he once again manages to cast doubt on the intentions of the Avengers.

Brian Michael Bendis has been equally adept at concealing the true allegiance of Avengers liaison and former Osborn associate Victoria Hand. Is she as genuine as Captain America claimed, or has she been using her privileged position to weaken the Avengers? Both explanations have been possible to this point, but the truth is revealed here.

Osborn’s machinations also play out in Avengers by Brian Michael Bendis volume three, and it’s there that his final fate is revealed, while this volume concludes with a second round against the Dark Avengers, this time with a little extra help. With running the story over two titles, Bendis chose to prioritise the action elements here, and they should satisfy any Avengers fan.