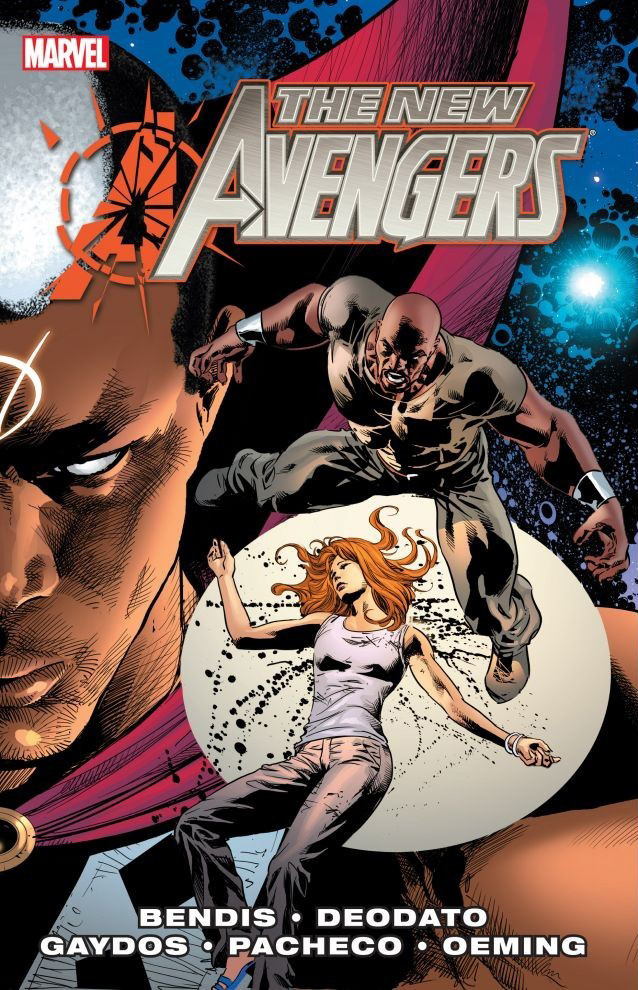 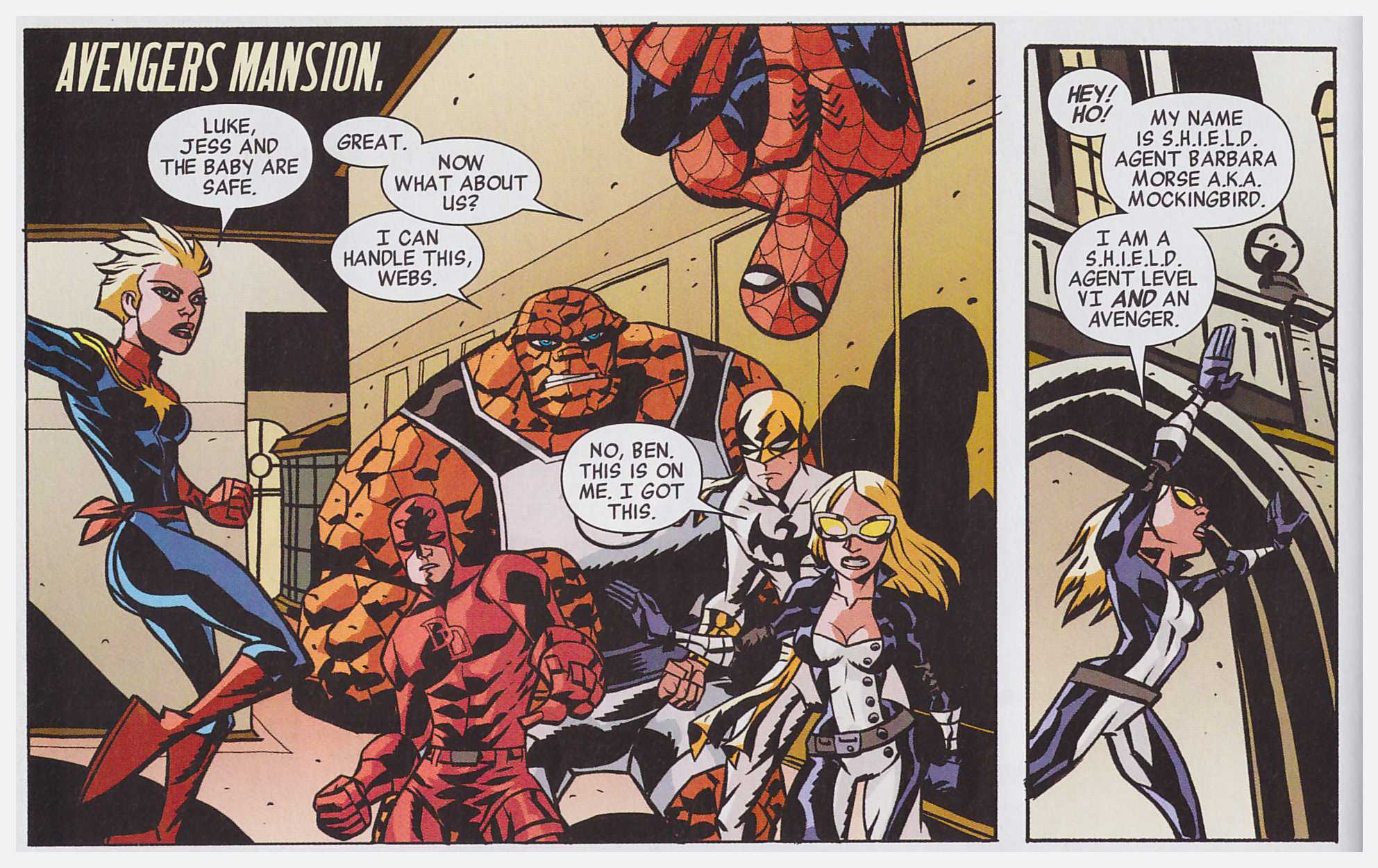 The concluding run of this New Avengers iteration disappoints due to artistic inconsistency. In their own right Michael Gaydos, Carlos Pacheco, Michael Avon Oeming and Mike Deodato vary between very good and excellent comic artists, some better suited to superheroes than others. Were any one of them the illustrator for the entire story complaint would be muted, but to throw all their wildly disparate styles at the audience for a continued story is at best editorial complacency and at worst editorial contempt.

Brian Michael Bendis picks up on elements he’d introduced during this run’s first New Avengers volume, with an otherworldly threat that strength and technology can’t handle. It’s delivered far more adroitly than previously, beginning with the slaughter of magic adepts by a surprising source who’s been well characterised throughout the run. There’s some initial confusion when the police turn up at Avengers Mansion with an arrest warrant, followed by some uncharacteristic behaviour on the part of some team members. It’s at this point the Avengers realise what, if not who, they’re battling.

The confrontation rapidly escalates to involve all then current Avengers as Bendis deliberately echoes his début on the title a decade previously with Avengers Disassembled. This time, though, casualties are fewer. As with the final volume of his other Avengers series, as has been noted elsewhere, this is very much Bendis putting the toys neatly back in the toybox for his successor. The status quo is restored and there’s a bantering stroll into the sunset for Luke Cage and Jessica Jones, the two characters at the heart of this run.