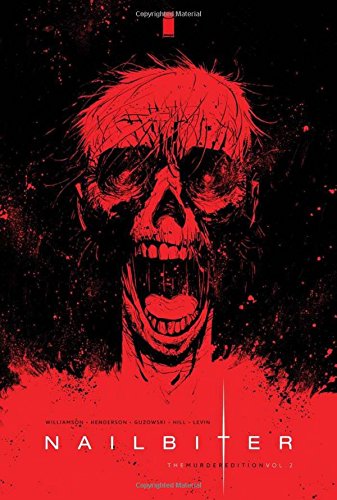 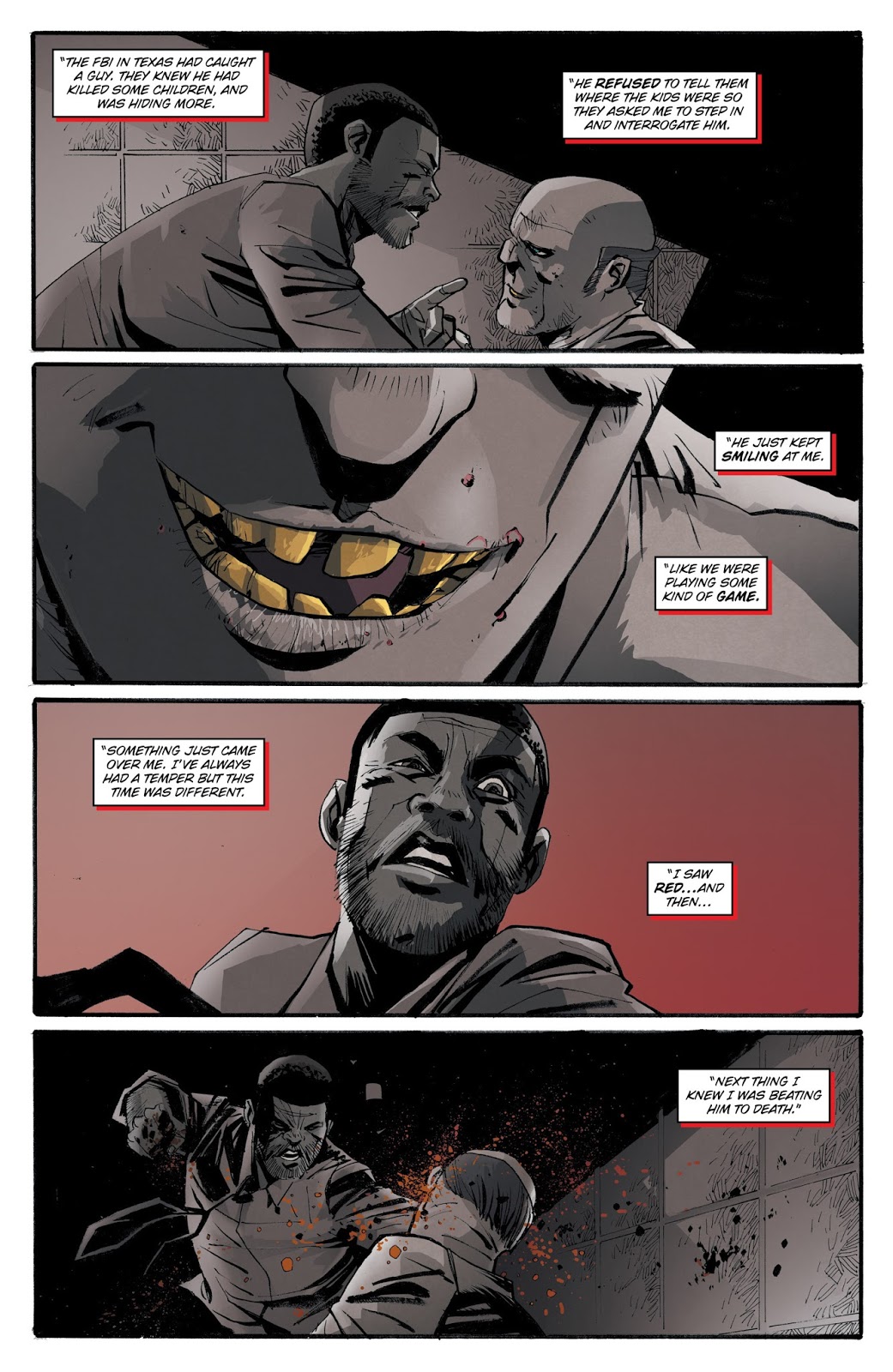 This middle section of Nailbiter takes a deeper look at the town of Buckaroo, producer of more serial killers than any other, as we learn about some of the others. Joshua Williamson sets almost the entire Nailbiter series around three characters. The nail biter of the title is serial killer Edward Charles Warren, strangely acquitted for his crimes when tried by jury. In younger, happier days he used to date what was then plain Sharon Crane, now Buckaroo’s Sheriff, and a plot point becomes whether or not he’s the father of Sharon’s teenage daughter Alice. Also on hand is CIA investigator Nicholas Finch, his speciality being extracting information, although his current client appears well able to resist his techniques.

Combining the paperbacks Blood in the Water and Blood Lust, Joshua Williamson perpetuates the mystery of Buckaroo and expands on it, while not being very forthcoming with answers. They’re to be found in Murder Edition Vol. 3. Williamson’s writing remains frustrating. He’s excellent at defining characters, very few of them sympathetically, and at surrounding them in mystery. His treatment of Warren is notable, managing to bring out some wit and intelligence that would otherwise be likeable had we been unaware of what he’s done. The plotting, however, isn’t as proficient. Perpetuating mystery is fine, but still playing tease over some aspects almost twenty chapters in isn’t playing fair with the readers, and leads to suspicions that perhaps Williamson has no answers. That’s not the case throughout, however, and some characters here take some surprising journeys.

The small reservations about Mike Henderson’s art have evaporated. He’s very subtle for a series that trades in the resolutely unpleasant, resorting to shadows and cutaways when matters become too gruesome, although on the occasions when full out shock is required, Henderson is more than capable of supplying it. His loose and expressive way of defining the cast is very naturalistic, and he’s essential in ensuring we can relate to some of them.

Of course, the primary purpose of any artistic horror is to shock, and there are occasions of confirming expectation, but Williamson also has a way with a bombshell, both of the books combined here ending with one hell of a punch to the gut. Furthermore, the bonus material reveals that some of the impressive visualisation is down to his suggestions.

Irritations about plot convenience and artificial perpetuation of mysteries are more than trivial, but they don’t overwhelm enjoyment of what continues to be better than average horror.