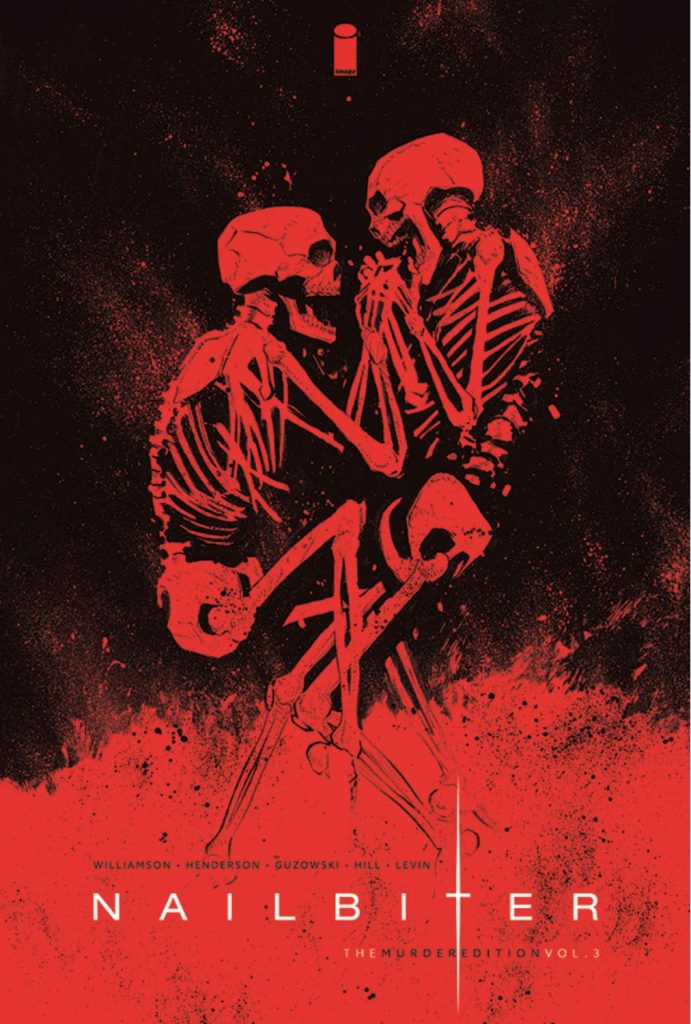 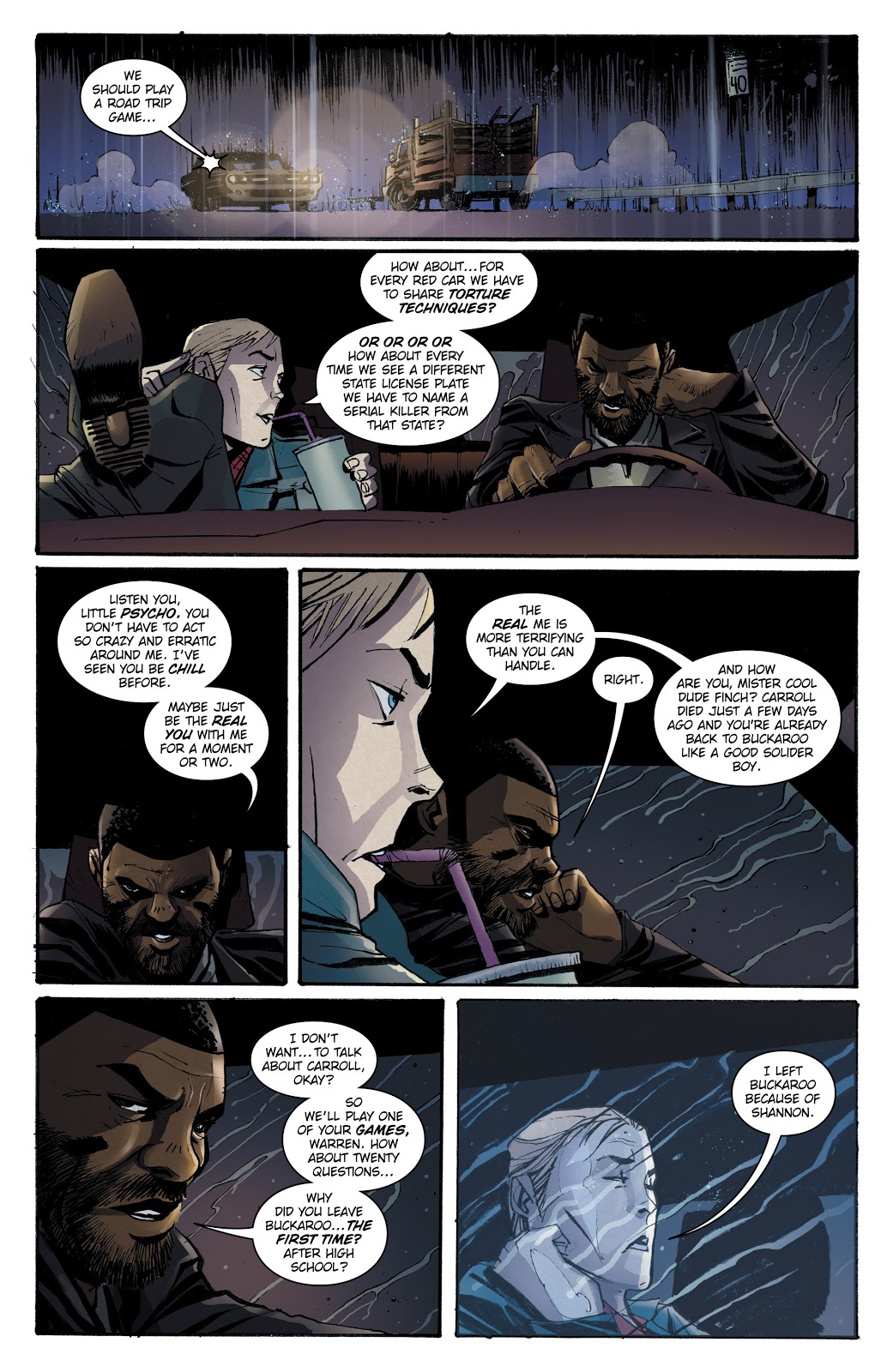 This content concludes Nailbiter, the original series anyway, and while there’s some slight tailing off toward the end, Joshua Williamson and Mike Henderson play fair by providing all the answers and largely remaining true to the cast they’ve introduced.

Before heading down towards the finale, Cassie from Hack/Slash turns up in Buckaroo, home of the serial killers, looking for one of their number. This takes place before the main Nailbiter continuity, and Williamson’s little joke is that one Edward Charles Warren is extremely pleasant and helpful. It’s a fun story, if seemingly inconsequential, but Williamson pulls one over on most readers, dropping the bombshell later.

One the opener’s done with, Nailbiter’s main continuity steps up the pace, endangering all sympathetic members of the primary cast, especially curious high school student Alice, who experiences a terrifying night in the revelation of some truths. While Williamson has more than enough going on to keep the attention, an annoying repeated quirk of his writing is the attempt to intrigue by not providing a full conversation, then having someone obliquely reference what’s not been revealed later. Otherwise Nailbiter continues to be paced like a TV drama, generating suspense by always having enough hints or the threat of danger, with the actual danger sparing.

Henderson uses plenty of shadows in keeping Nailbiter’s dark tone, but what really sells the series is how good he is with just normal people going about their business. Without the dialogue it wouldn’t be apparent that the sample art is a conversation between a recently freed serial killer and an FBI agent, and the technique of keeping much looking normal while maintaining a horrifying undertone is slickly applied. The sample also shows how good Henderson is with the weather, in this instance the conditions reflecting Finch’s mood, but later in the book there’s an uncharacteristically decorative sequence set in the Christmas snow.

While it’s been a fun ride, the strength of a concluding hardcover combining two paperback volumes titled Bound by Blood and The Bloody Truth ultimately rests on how satisfying Williamson’s answers are to the mysteries that have propelled the series. He continues to confound expectations, and drops some excellent surprises, but one of them comes at the cost of shredding a major character’s credibility. While not all the explanations disappoint – closing a plot hole open since the series start is welcome – their actuality is unlikely given a moment’s thought, and their presentation derails the series, relying too much on cliché. Perhaps it was too much to expect the revelations would match the pleasure of the journey to them, but couldn’t Williamson have exercised his imagination a little more? A funny epilogue chapter restores some credibility, and it’s only fair to point out that online reviews are almost universally positive about the conclusion.

Leaving the revelations aside, this third Nailbiter Murder Edition supplies the tension, thrills and neat character moments expected, and is nine tenths quality.