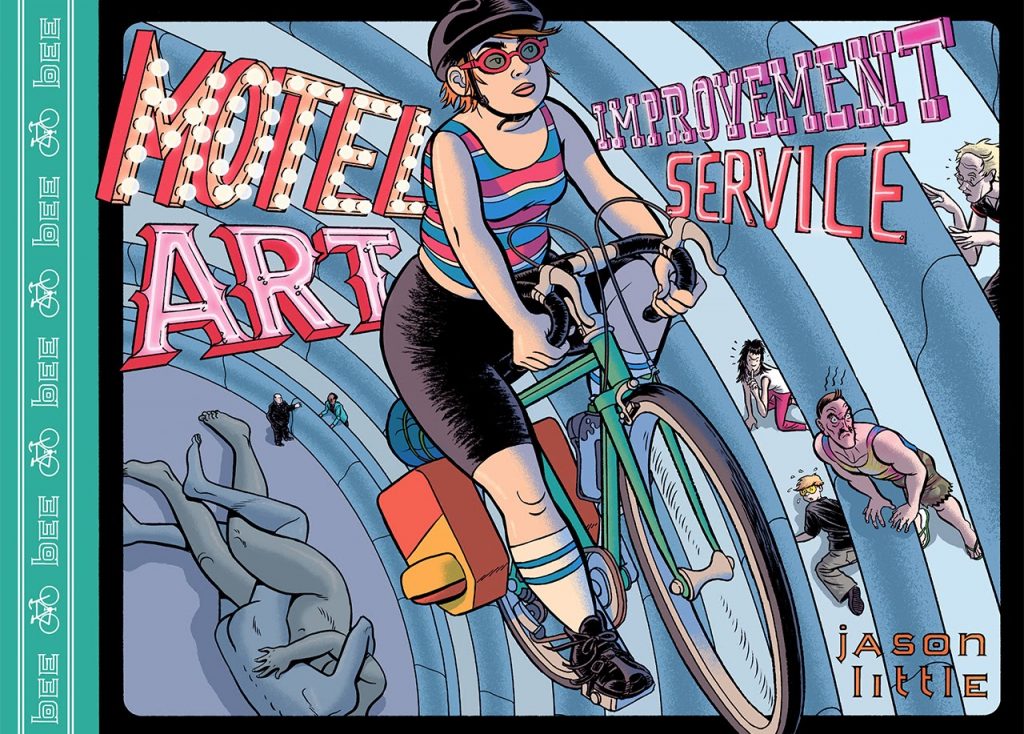 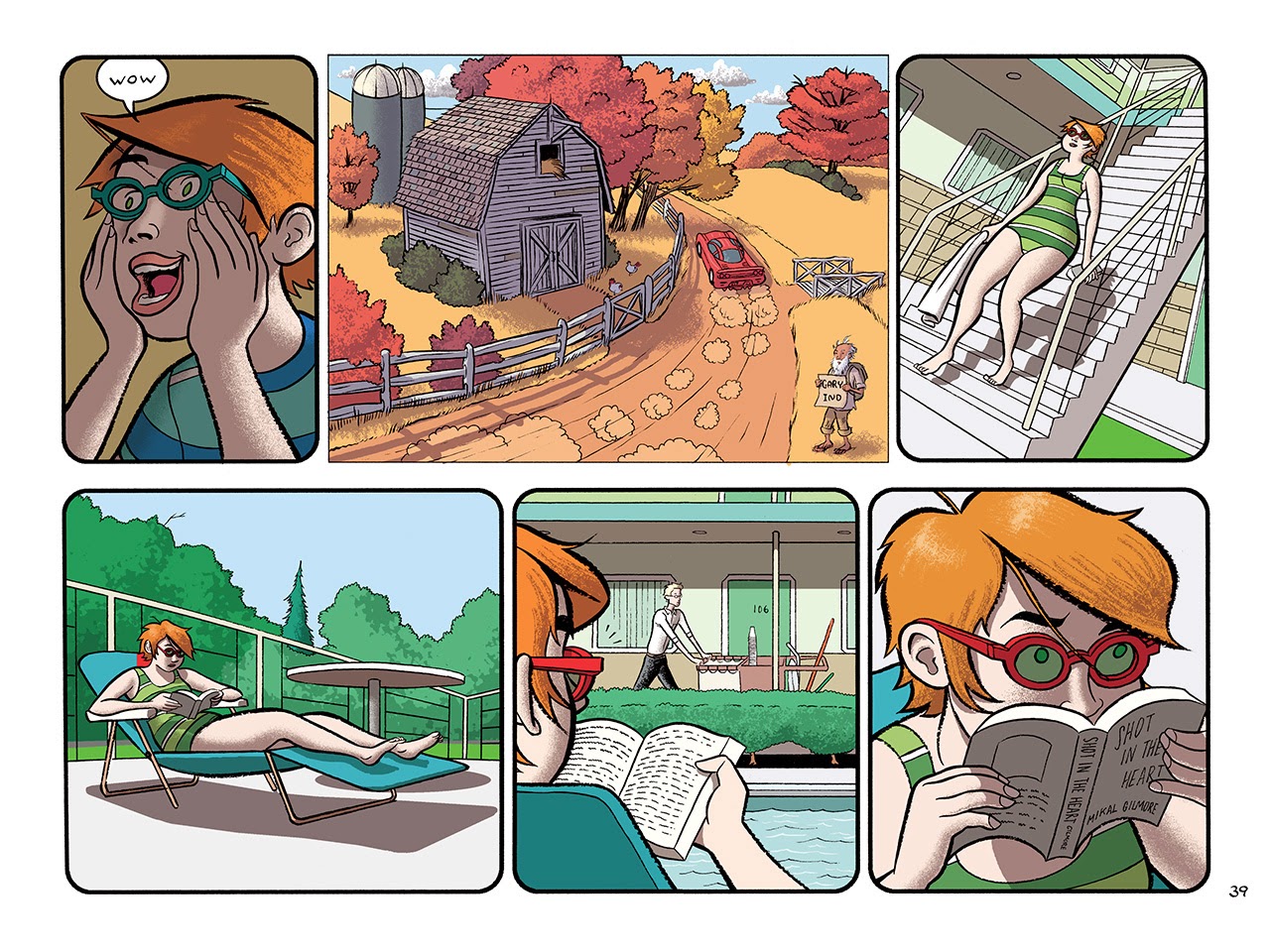 Jason Little introduced the inquisitive Bee in Shutterbug Follies, and Motel Art Improvement Service took a similar path from webstrip to landscape-format graphic novel. Bee’s planning to cycle from New York to San Francisco, but unforeseen unpleasant circumstances cut that journey short and she finds herself at the Green Pine Inn. On the face of it, the Green Pine is pretty much a generic motel, but it’s where Cyrus works, and to amuse himself he temporarily removes the generic pictures from rooms where people are staying and adds to them overnight before replacing them. Last time out Bee really had to work to find a mystery, but here it’s dropped into her lap.

This is a considerably better outing than Shutterbug Follies. There Little’s poised ligne claire cartooning impressed, but the plot sort of ran away with him. Motel Art Improvement Service may seem more episodic, but there’s a beginning, middle and a satisfying end with an abundance of joyous distractions along the way. We already know Bee, but Cyrus is fascinating, a personality who gradually opens out. His art improving habit is disclosed in the title, but he’s also fond of sampling whatever pills he finds in someone’s baggage, and the gradual development of his inevitable relationship with Bee is beautifully constructed. She’s practically throwing herself at him, but he’s as careful in moving things forward as he is with other aspects of his life.

Several less wholesome types are introduced, foreshadowing later problems, and Little fills the pages with amusing cameos concerning the people renting hotel rooms. Many of these are just visual, such as the guy whose room is filled with ridiculous stuffed toys, yet is too drunk to notice Bee flaked out in his room, and the altered paintings are always a delight. Little knows to ration these to avoid the joke becoming stale.

Nothing ever does become stale. The plot has been tightly stitched and it rolls out with comic precision, no joke oversold apart from one raging psychopath’s expression, and Little’s skill in extending the sequences of chases at the end is something to be greatly admired. Comedy adventure graphic novels don’t come much better than Motel Art Improvement Service. And strangely, the first on a list of Little’s credited art assistants is Raina Telgemeier.