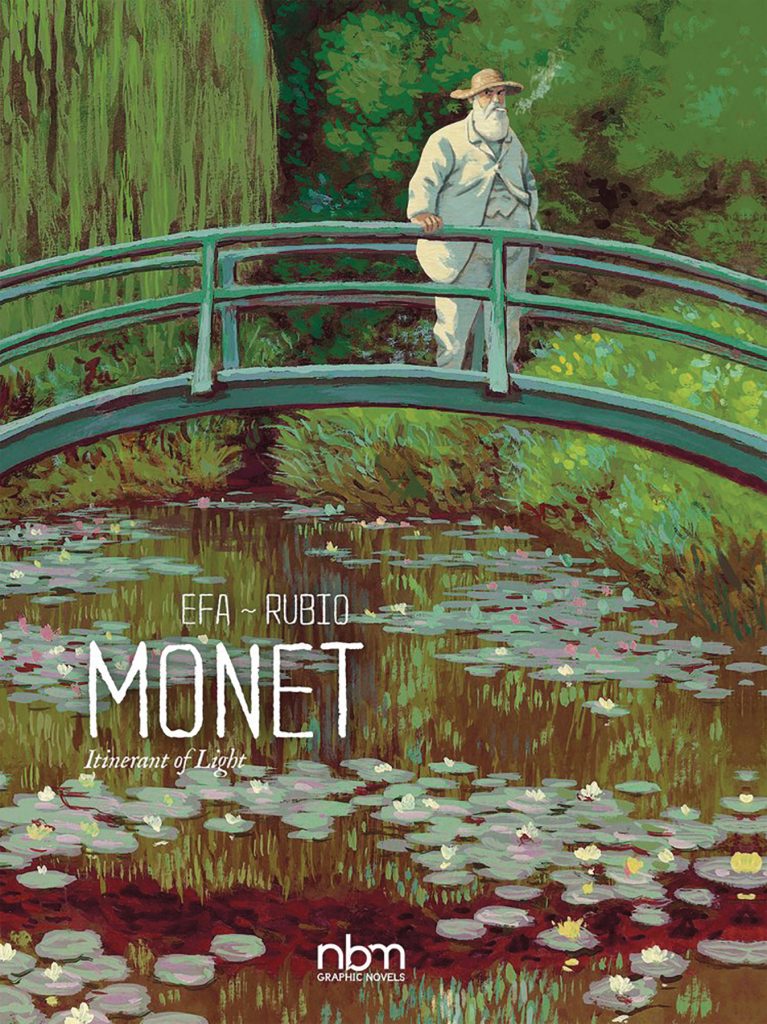 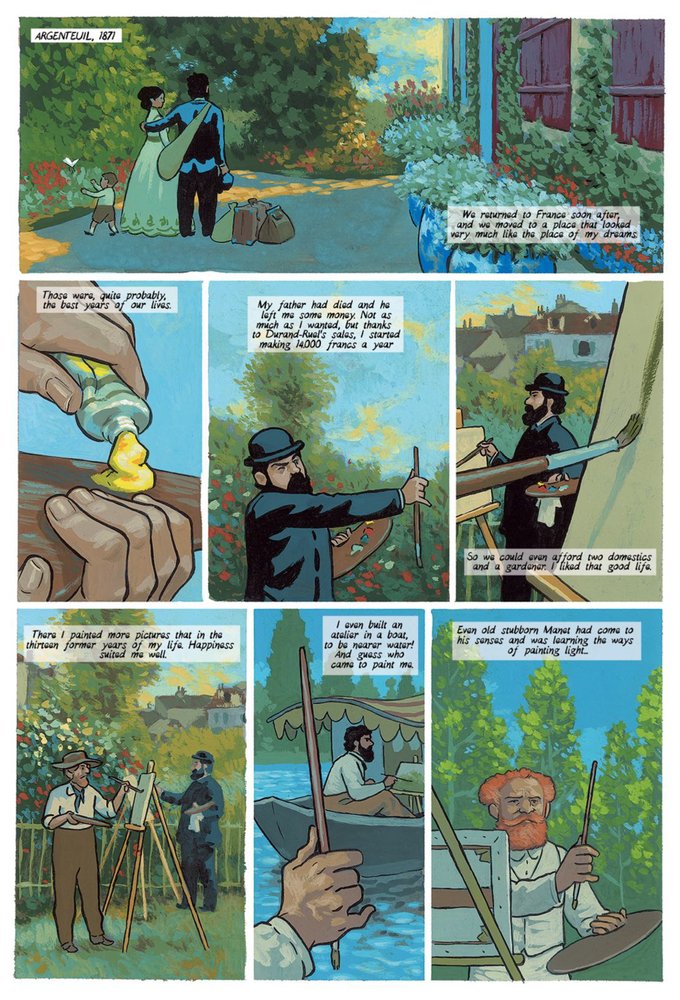 The story of the Impressionists is one of the most famous in the history of art, and Efa and Salvia Rubio tell it from the perspective of Claude Monet, the group’s artistic leader, and martyr to the cause.

It opens with a framing sequence of the elderly Monet facing an eye operation for cataracts, and fearing for his sight. Housebound and recuperating, he looks back over his life. He obsessively draws in childhood, as an escape from his grief over his mother’s death. By adolescence, he’s proven himself enough to work alongside local painter Boudin, who instills in him the importance not only of painting nature, but painting in nature – in outdoor light. These would become defining principles for Monet and the Impressionists, and the focus of their struggle with the establishment. These formative events take only a handful of pages, after which we get a detailed chronology of the artist’s life.

A move to Paris and the Gleyne Academy fuels a reaction against the constraining formality of academic painting, yet brings Monet together with Renoir, and Pissarro, who’d become lifelong friends and fellow Impressionists. When the school collapses, Monet and friends move to the country, where they connect with Courbet and the Barbizon group. Painting outdoors, they are initially an inspiration, but their completion of their paintings in the studio causes Monet and friends to distance themselves from them. The real adversaries in this story though are the Salon, and the poverty it’s ‘refusées’ are condemned to, as without the Salon’s stamp of approval it’s impossible to make a living from painting. There’s no shortage of story here: the inevitable poverty is shared with a wife his family won’t accept, children from two concurrent relationships, and the family of a patron fallen into bankruptcy.

Rubio is a historian turned screenwriter, and favours historic truth and completeness, at some cost to dramatisation of the narrative. While comics biographies of Rembrandt, Picasso and others create a novelistic immersive present, Monet feels more like a detached documentary. This sensation is reinforced by the reliance on told narration in the form of Monet’s voiceover captions, as opposed to dramatising events through characters and dialogue. Rubio might have better cherry-picked scenes, or focused on ‘a year in the life’, and taken more space to dramatise these remaining scenes. His focus on the years of struggle, does make narrative sense, but loses key works such as the series of Rouen Cathedral, which could have illuminated a central Impressionist concern – changing light on a single subject.

Ricard Fernandez, (billed as ‘Efa’), is an impressive illustrator. He brings to vivid life the countless locations, creates a distinctive cast of characters, and delivers complex figure compositions. He even goes full Monet in some whole and double-page set pieces. His mix of line art with opaque paint though, (in contrast with the more common watercolour style of say Hergé), is uncomfortable at times. He applies a vast range of palettes for different scenes, though never equalling the harmonious integration of Monet himself, but that’s a big ask. A lack of moment-to-moment panel transitions, emphasising movement, action, and reaction, further make this seem  an illustrated book rather than a true comic or graphic novel.

Towards the end they seem to relax into the comics form, and give us slower sequences with little or no text, and these add real atmosphere and drama to the crucial latter scenes. This adds up to a solid biography, with impressive illustration, that really takes flight in the latter pages. 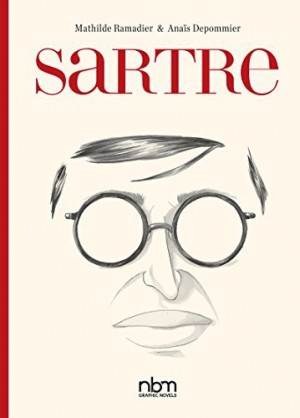