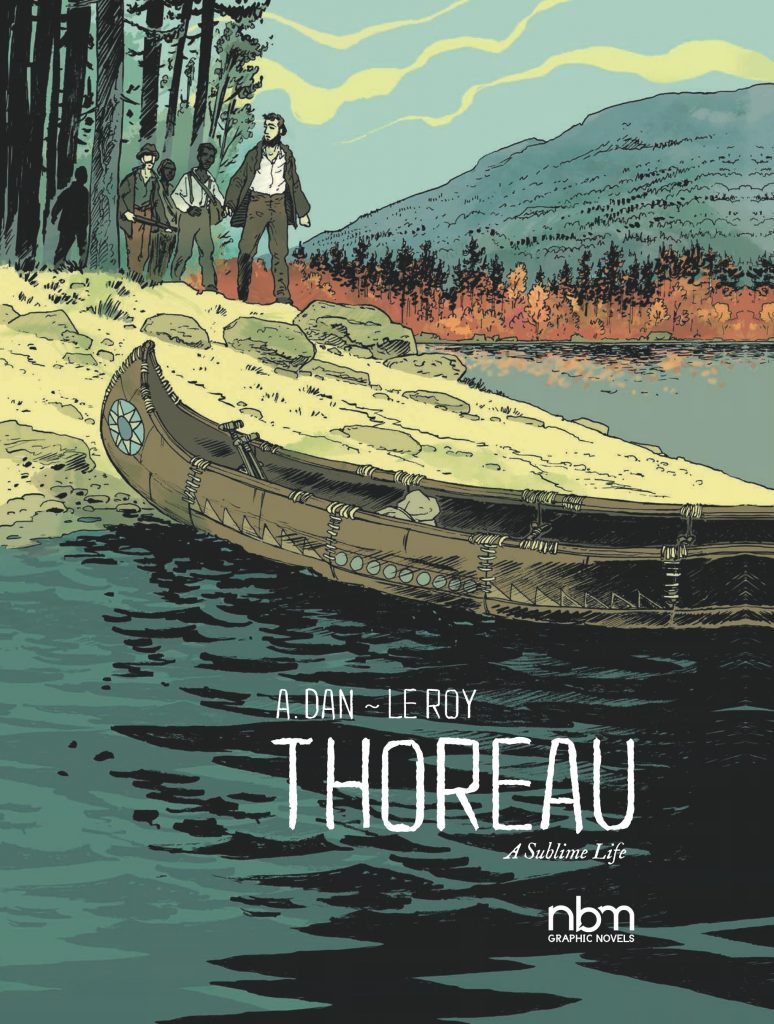 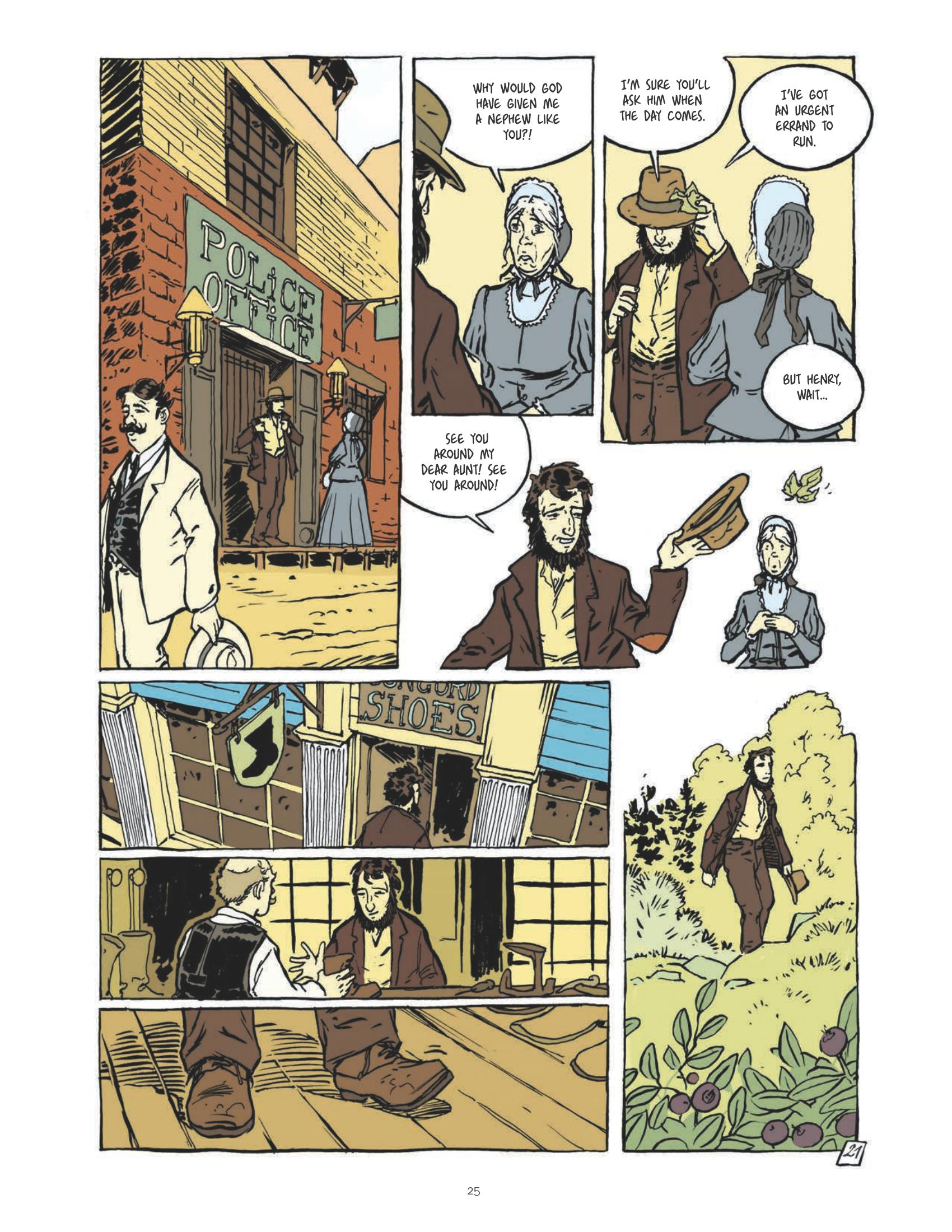 How would a man who considered success to be a misfortune approach the idea of a graphic novel biography over 150 years after his death? Henry David Thoreau was an American 19th century thinker credited with conceiving the idea of civil disobedience. He wrote about his ideas extensively, influencing Mahatma Ghandi and Martin Luther King among others, believed opposing an unjust government by peaceful means as civic duty, and died three years before the slavery he’d railed against his entire life was abolished in the USA.

Maximilien Le Roy concentrates on the final eighteen years of Thoreau’s life. He was 28 when shown in an opening section constructing his house and living a life of solitude in the Massachusetts woods for four years, and thereafter Le Roy quotes extensively from his writing. It’s the best way to proceed. Thoreau was a complex man, and by today’s standards had a broad range of interests. Beyond his political activism he was a poet, ecologist, naturalist, and philosopher, a man who considered time thinking was well spent, but if that thought lacked practical application it was worthless. Given the extensive fascinations of Thoreau’s life, Le Roy’s approach of placing quotes within illustrations of Thoreau going about his business is both being true to his subject and the most practical method of explaining him. Unusually for a writer, Le Roy is content to leave many of his pages without words and let artist A. Dan (Daniel Alexandre) take the strain.

Visually presenting the life of a man whose primary fame rests on his propensity for deep thought is a daunting premise, but Dan has the considerable decorative background of the Massachusetts woods in which Thoreau made his home and the landscape he so thoroughly explored. These provide a natural beauty to Thoreau’s musings and simultaneously a serenity he’d surely have approved of. Unusually, writer Le Roy also colours the art, and his bold and contrasting flat choices are astute and convincing.

The only awkwardness about Thoreau is the intrusion of John Brown, a fellow abolitionist whose exploits extended to murdering slave owners, and this is shown along with his failed Harper’s Ferry raid. Thoreau vigorously and notably defended Brown’s principles, which had long-ranging historical implications, but shifting the focus to Brown’s activities runs contrary to the mood otherwise cultivated.

Thoreau is considered, among liberal thinkers at least, as a man well ahead of his time and between them Le Roy and Dan manage a superb explanation of exactly why. His concerns and interests are those of the present day. For instance, it was only a hundred years after his death that his ecological thoughts began to align with the times. Thoreau was also a firm believer that everyone should forge an individual path, and owed allegiance to humanity before an individual state, an idea again gaining traction.

Thoreau concludes with an enlightening essay by Professor Michel Granger examining Thoreau’s life and works and explaining his cultural importance. Perhaps its a heavyweight touch too far, but you don’t have to read it (although you should). Thoreau’s influence, manner and preoccupations all tend to the intellectual, but don’t be intimidated. Le Roy and Dan prioritise accessibility, explaining him plainly, and underlining his importance. This is a valuable, passionately crafted biography that looks beautiful and more than does its subject justice.