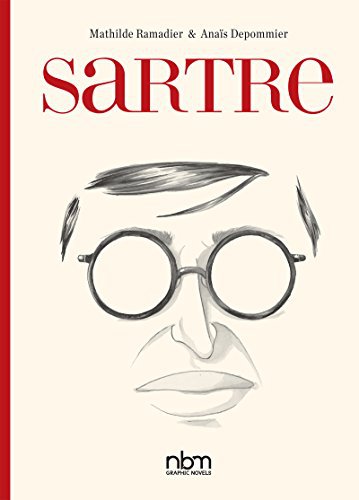 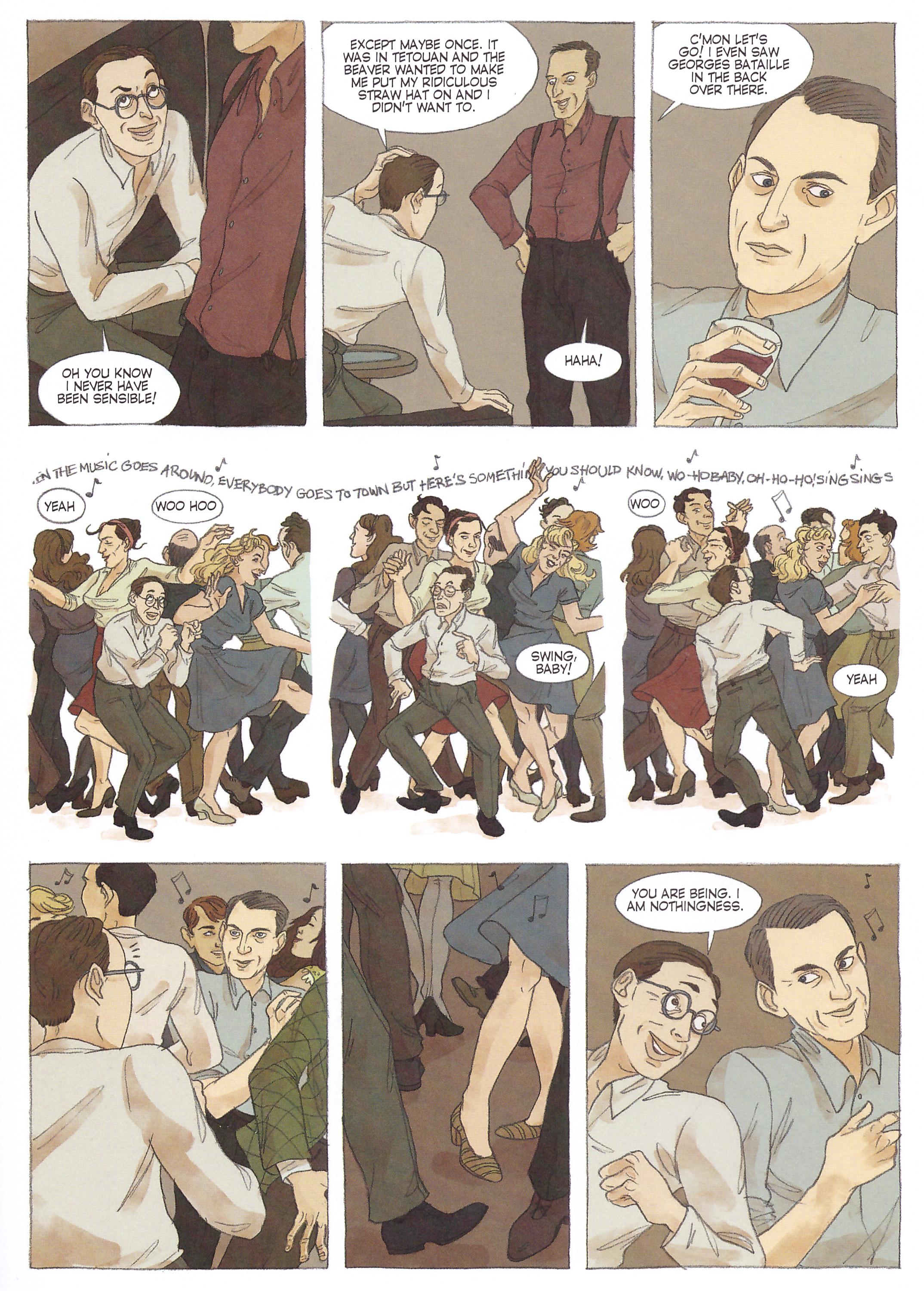 Jean-Paul Sartre’s is a name that hovers on the consciousness, known, yet beyond those who’ve studied him there’s likely to be a lack of precision about exactly why.

His primary fame relies on his adoption of existentialism as a term to describe his philosophical beliefs, and his subsequent popularising of philosophy from the late 1940s on. Existentialism eludes precise explanation, but in broad terms it rejects human nature by espousing individuality, and biographer Mathilde Ramadier has likewise discovered that Sartre defies concise explanation despite a lifetime of explaining himself.

As far as possible Ramadier uses Sartre’s own words to convey his experiences, and he was a man inclined to call a spade a portable, manually operated, steel-tipped digging implement. Yet that’s no bad thing, as the phrasing forces contemplation of a complex man with complex ideas, and instils a narrative density. That permits Ramadier to surprise. When considering Sartre it’s as a solemn, contemplative man, not as a university student happily throwing water bombs at his fellows. For all that, to anyone not familiar with Sartre’s life already, there are all too many pages of brilliant people dropping epigrams or distilling terminology to no great purpose. The details of his life pass, but without the context it’s unclear what influenced his original thought, and it’s no clearer when acclaim arrives. Other aspects are curiously absent. A benchmark for Sartre was six months in a German prison camp during World War II. It enabled the time to formulate thought, and Sartre began substantiating his own theories with established precedents, but this is missing from Ramadier’s work.

She’s successful at embedding him within his times and among his contemporaries. If one element of Sartre’s life characterised it beyond his philosophising it was his long relationship with the writer Simone De Beauvoir. Theirs was a mutually supportive arrangement from near enough the time they met, yet never exclusive, the concept anathema to the ideals of both. Perhaps she and Sartre were the consistently aloof and judgemental people they’re portrayed as here, intellectualism after all increases distance, but neither transmits as particularly sympathetic, their lives occupied with assessment and classification.

Graphically defining someone whose reputation rests on the expressions of a formidable mind is another difficult task, but we can be thankful that Anaïs Depommier’s lively art depletes the text’s aridity. The naturalism of her expressions go quite the distance to defining people, and the older Sartre can be distinguished from his youth. There’s a telling scene where Sartre meets Dolores Vanetti in New York, and that’s entirely brought to life by Depommier’s intuitive breakdown of Sartre’s initial infatuation bolstered by recognition of talent.

Ultimately this biography cries out for some explanatory captions to provide some depth, to explain why a particular discussion has such relevance. Without them Sartre is a clever book to impress aficionados rather than the work it could have been to clarify him to a wider audience.