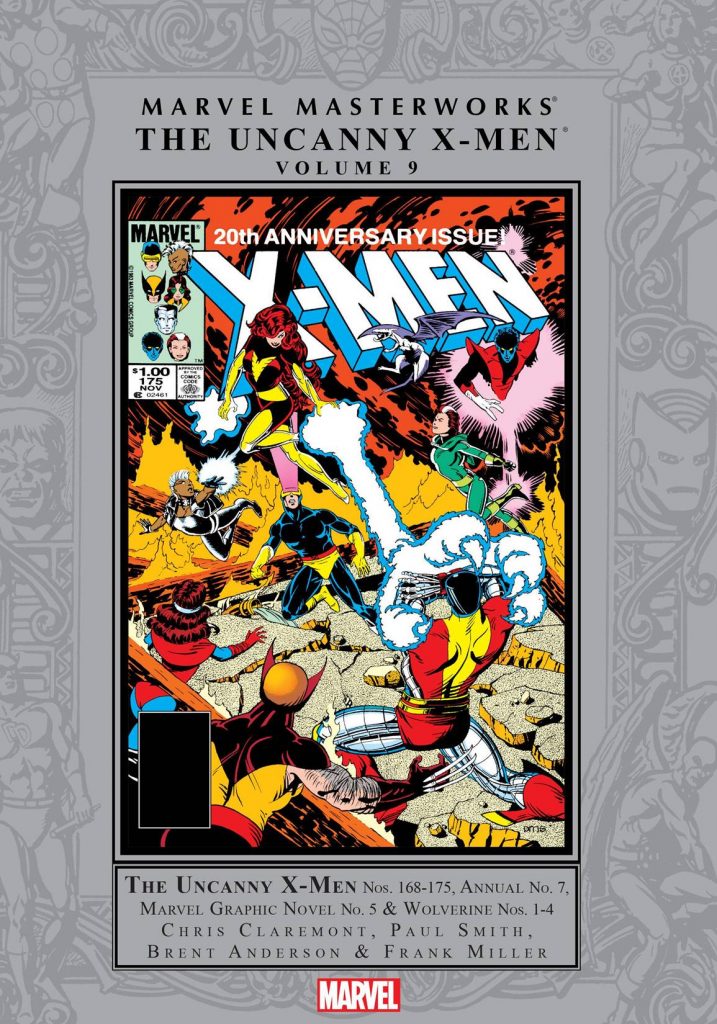 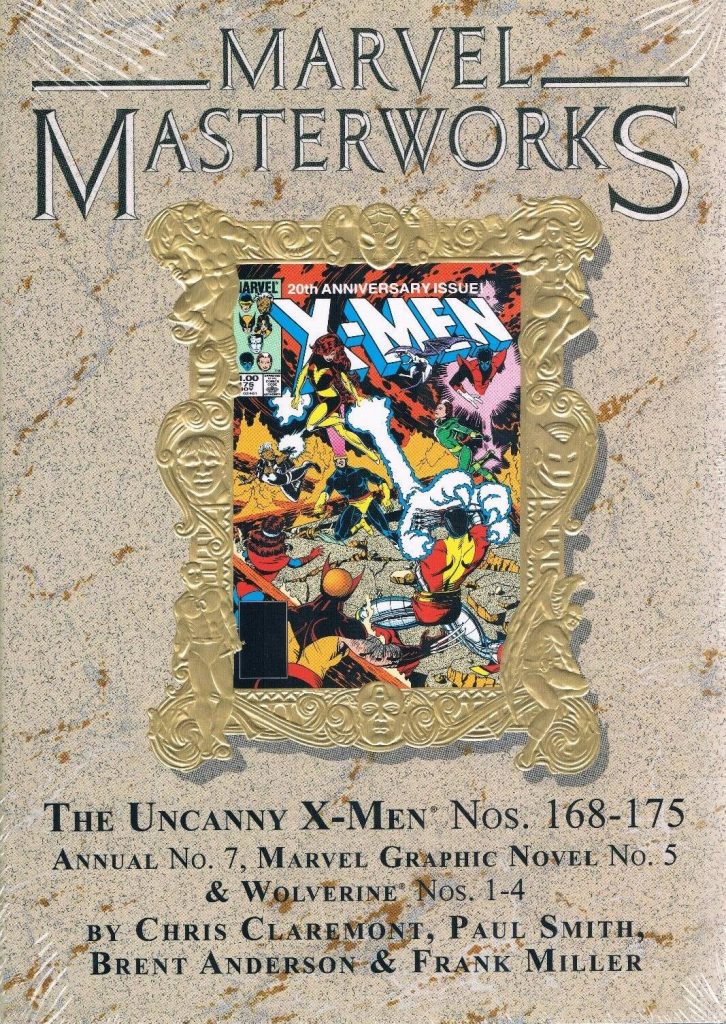 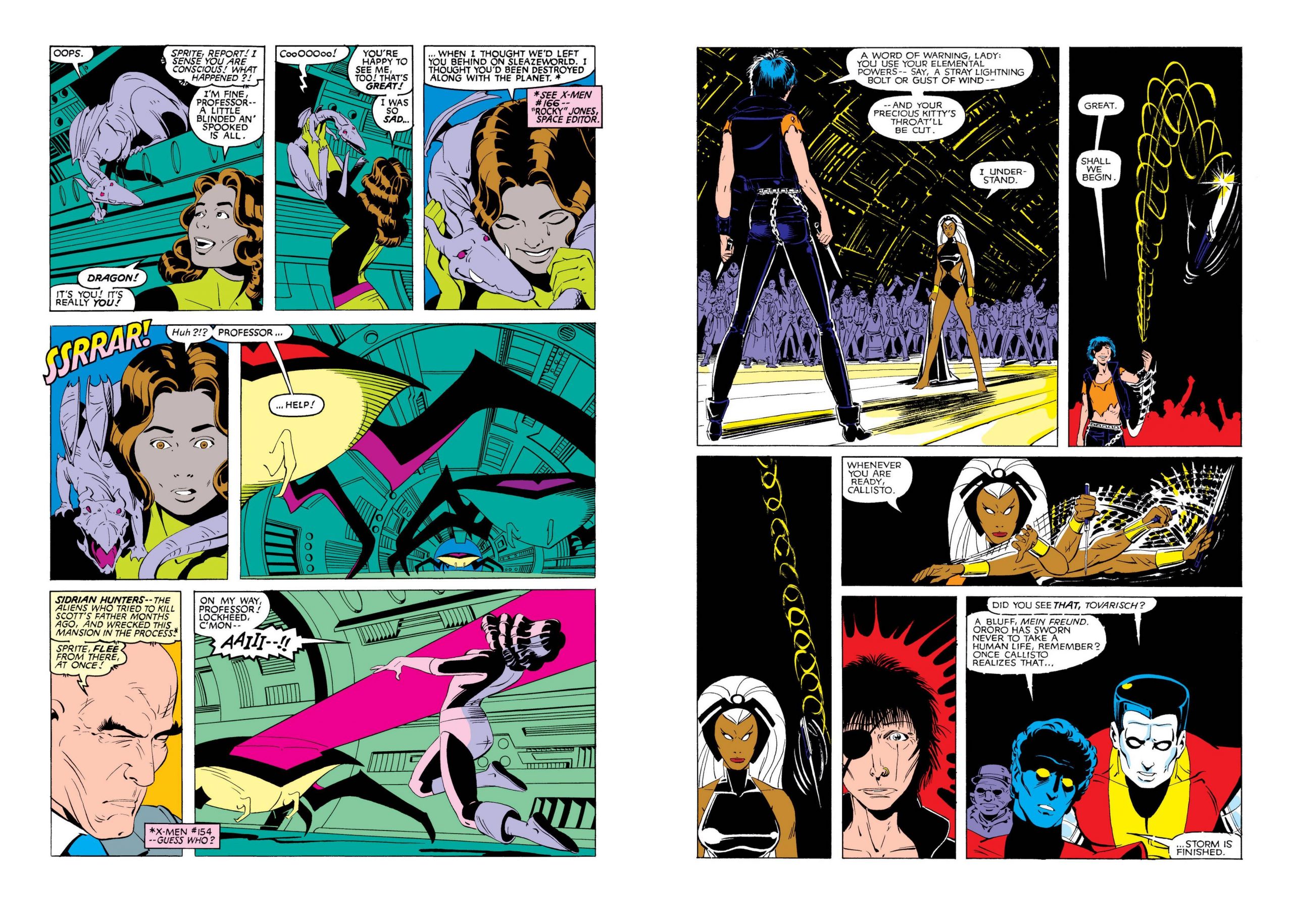 A phenomenal artistic line-up heralds a return to form for a series that had dipped considerably from the X-Men’s late 1970s peak. This hardcover benefits from not only including the standard X-Men content covering most of 1983, but the 1982 graphic novel God Loves, Man Kills, and Wolverine, his first solo outing, produced by Claremont and Frank Miller. In 1982 the creative billing for superhero material could rank no higher. These stories are completely different in tone and outlook, but both stand the test of time. Wolverine is thrown into the Japanese tradition of the honourable lone warrior, while the earlier graphic novel benefits from Brent Anderson’s attention to realism as the X-Men are targeted by a conservative fundamentalist preacher who considers mutants satanic corruptions. For more detailed reviews follow the links.

Almost all the remaining X-Men material previously saw publication as a paperback titled From the Ashes, the missing content strangely being the epilogue. Instead we have Michael Golden drawing the 1983 X-Men Annual. It pits the team against the Impossible Man, a green pointy-headed alien who can do anything he wishes. What he wishes is the X-Men’s mansion. Titled ‘Scavenger Hunt’, the Impossible Man bops around the world collecting items from assorted heroes. It’s fun, but this isn’t prime Golden art. He lays out an astounding page featuring Doctor Strange, but his contribution to Vol. 7 is more memorable. Paul Smith draws the most pages, clarity and elegance paramount, along with X-Men who’re human, costumed athletes not hulks. These are really attractive pages, and Smith’s is the sample art. Walt Simonson and John Romita Jr, who’d inherit the series, are equally good.

Even more so than the content of the previous several Masterworks, Claremont packs one hell of a lot of plot into these stories. They begin with Kitty Pryde’s outrage at Professor X demoting her, as she sees it, to the New Mutants, have Cyclops meet someone who appears to be the dead Jean Grey’s duplicate, see former enemy Rogue join the team, and introduce the subterranean Morlocks. They become long-running supporting characters as a praiseworthy acknowledgement that not all mutants are glamorous physical specimens. That’s all over three chapters before Claremont heads into his two main stories.

One has been set up by Wolverine’s experiences in Japan, the other continues the speculation as to whether or not Madeleine Pryor is actually a returned Phoenix. The X-Men mix surprisingly well with gangsters and Japanese systems of honour and protocol, but accommodating them requires lightening the tone considerably from the Wolverine solo material and introducing super villains. That’s jarring following on from the Claremont/Miller piece. The subsequent plot is a more traditional X-Men thriller, but suspenseful, Claremont cleverly sidelining the most effective X-Man for the circumstances, then brilliantly compensating.

This is a Masterworks collection to match the perceived golden era of Claremont with Dave Cockrum and John Byrne, almost all good, and it’ll be a long way forward in the Masterworks publishing programme before this peak is reached again. One quibble irritates. This is a generously paginated collection, but why is the epilogue story is shunted into Vol. 10? It would fit far better here as it spells out the solution to some unpredictable behaviour for those who haven’t picked up on Claremont’s visual clue. Everything here is also available in the third Uncanny X-Men Omnibus. 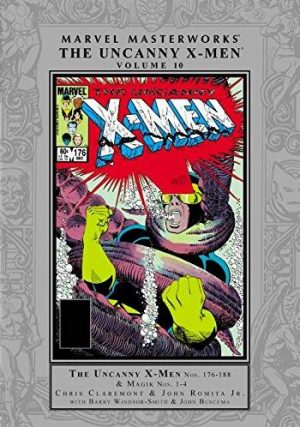 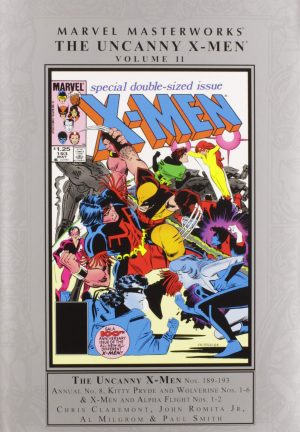