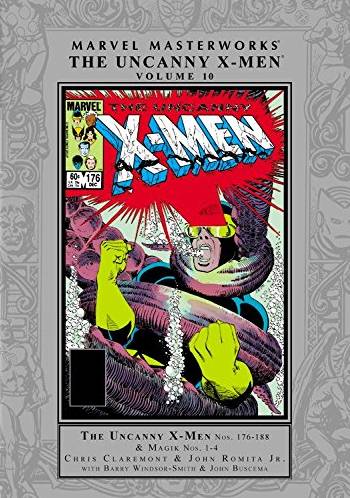 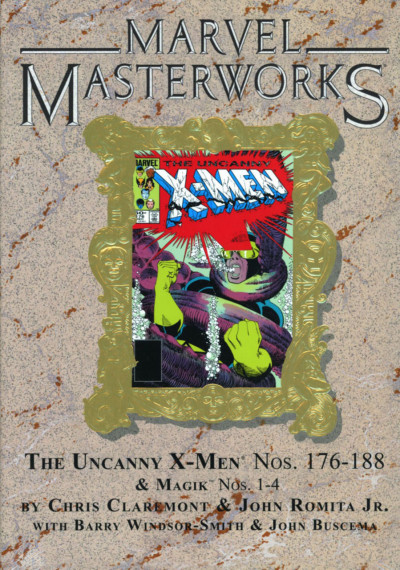 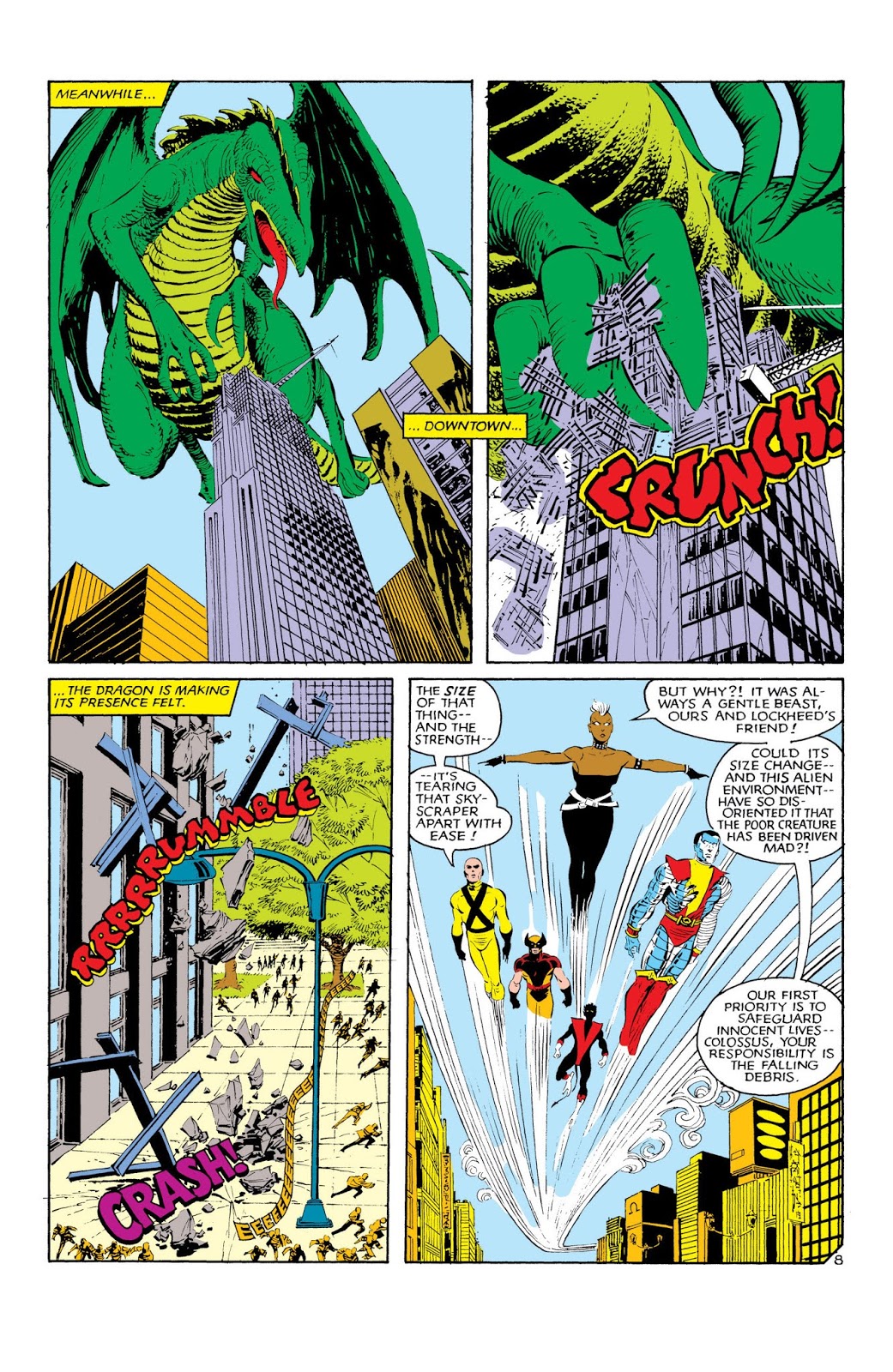 This is another massive Masterworks edition, collecting the X-Men issues from 1983-1984, and being the second to include a connected miniseries, this time Illyana Rasputin’s experiences in Limbo, previously published separately as Magik. It explains how she aged in moments, but never really goes anywhere, and for once Chris Claremont undersells the angst in crucial moments. For a longer consideration, follow the link.

The first X-Men story proper would have been better placed in Vol. 9, where it’s connected to the content thematically, spells out some answers, and by virtue of John Romita Jr aping Paul Smith’s art. He stops that quickly, but his style became so unique and instantly recognisable, that it’s strange to see his X-Men work so professional, yet also anonymous. The biggest hints of what’s to come are when the X-Men face a dragon in Tokyo, spectacularly imagined. Otherwise the pencilling is extremely good, clean art, all characters well proportioned and with the correct emotional responses, the pages telling the story with no clutter, but the distinctive flourishes are very few.

Claremont has plenty of those. Some good, some annoying. The over-emoting content of thought balloons exemplifying the latter, but he’s clever. Writing superheroes requires continually coming up with ways to render them ineffective, at least in the short term, and Claremont’s a master of that. He’s also excellent at foreshadowing, his plots at this stage of his career with an end in sight, as while the X-Men are involved with one situation, a few panels are usually dedicated to introducing the next. Mental problems are very much to the fore, obviously for Professor X, Rogue and Storm, and to a lesser extent for Kitty Pryde. Once again, although he’s present and gets a few lines every now and then, Nightcrawler is a background character for much of this volume, and Wolverine’s only real starring role comes when he feels a team-mate needs to be shown the error of his ways.

‘Lifedeath’ is the collection’s standout, a story so good that it prompted its own collection, artist Barry Windsor-Smith co-plotting a twisting and awkward examination of Storm going through changes, not the least of which is a specialist gun that removes her powers. She’s unaware that the man who’s both protecting and romancing her also designed that technology. Smith’s art is phenomenal, visually imaginative and as nuanced as the story. Storm is rarely far from centre stage in this collection, and this provides her best moments. Claremont and Romita Jr concoct an emotional reprise of sorts, yet while importing the shape-changing Dire Wraiths from Rom, Spaceknight, is surprising, it’s not Claremont’s finest creative decision. It’s during this closing story, though, that another new X-Man is introduced, this one already with ties to the team and also to one of their most memorable stories. It’s a brave move.

An inconsequential Storm solo is the final comic content, with some variable art from Craig Hamilton. Some pages are absolutely stunning, the design and execution matching anything earlier in the book, while others are very ordinary. Back-up features include pin-ups, interviews and reproductions of original cover art.

The Magik content bulks out the page count, but drags down the ranking for what’s otherwise a decent enough X-Men selection, almost all of it well drawn.