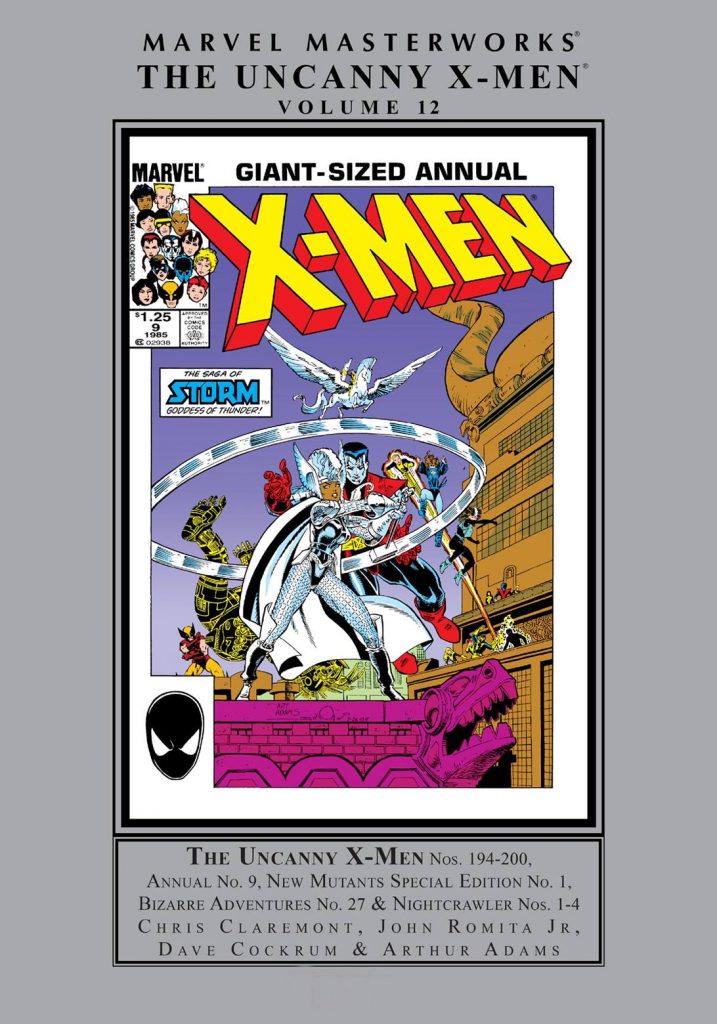 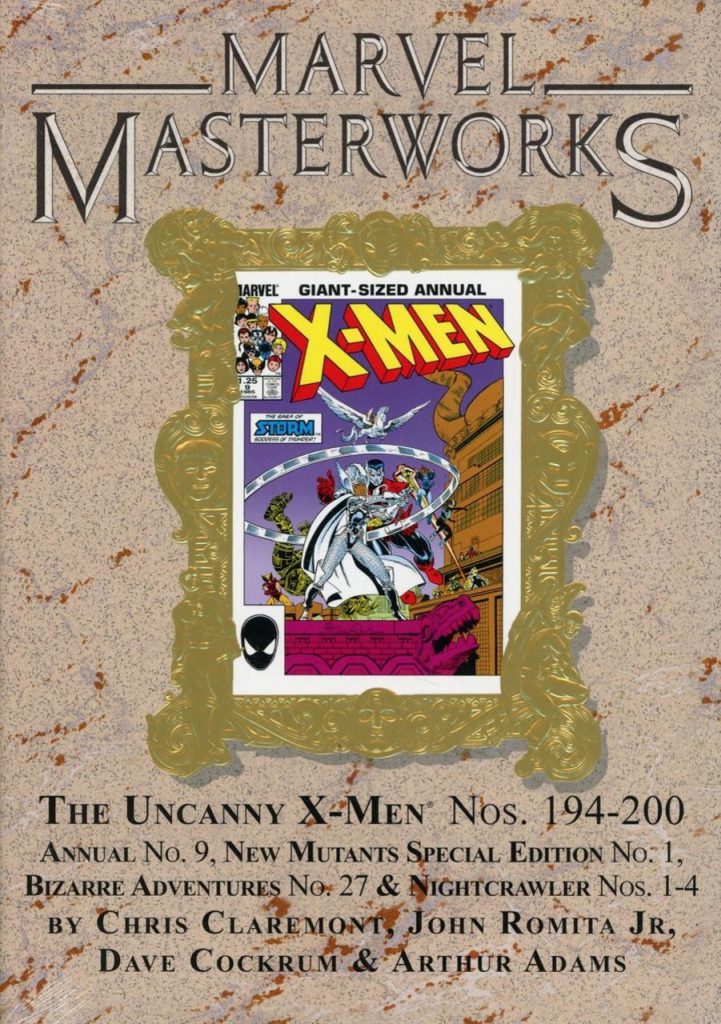 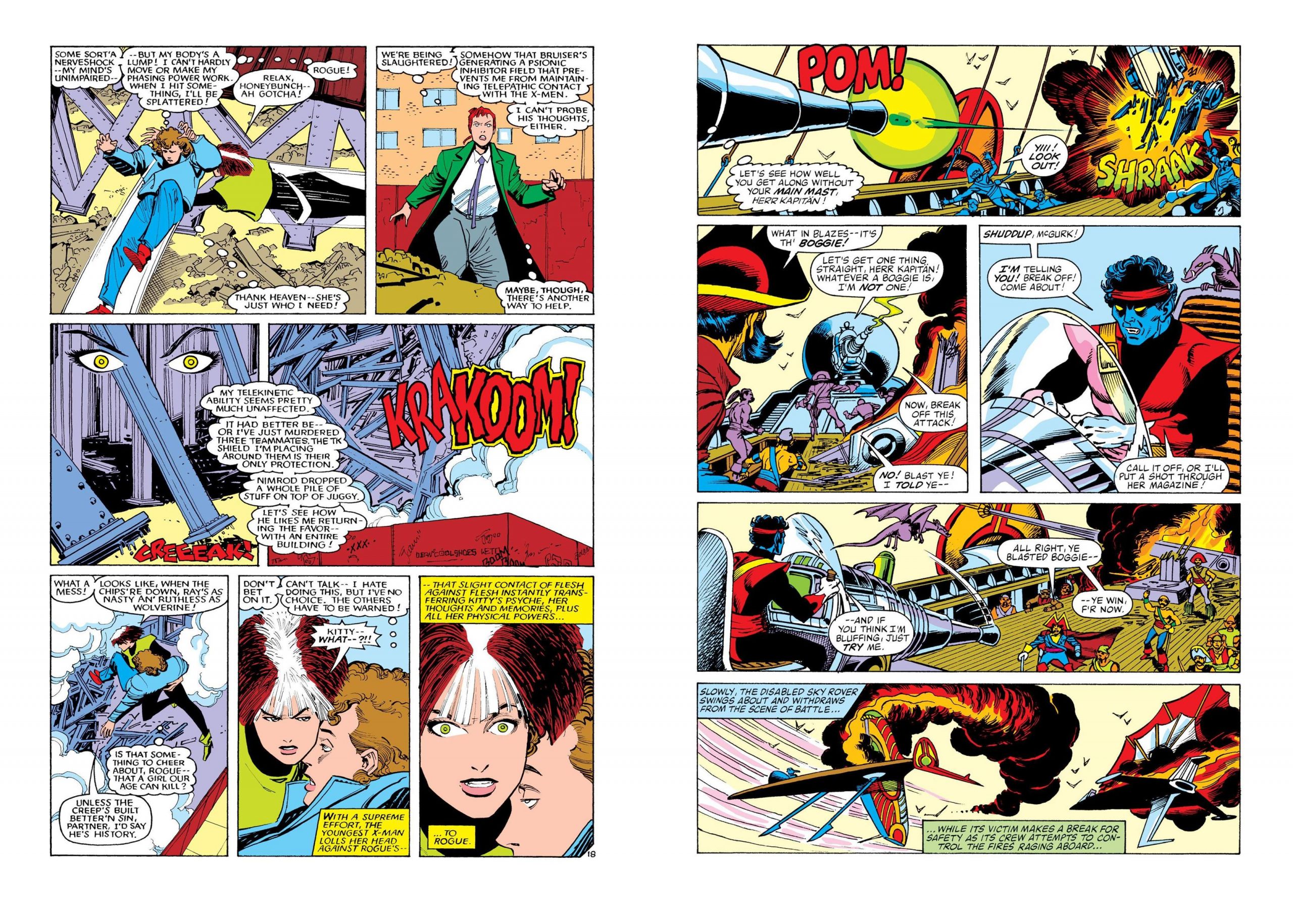 Anyone disappointed that Marvel Masterworks: Uncanny X-Men Volume 11 included just a meagre handful of actual X-Men issues might be happier with this volume including seven and a paired combination of annuals.

The core X-Men story here concerns Chris Claremont’s transformation of Magneto. Always the strongest of the X-Men villains, the Master of Magnetism spouting hollow slogans about mutant destiny had become somewhat tired by the mid-1980s. Claremont had given each of the X-Men more rounded characters, and these stories supply Magneto with a background prompting his hatred of any persecution while beginning his transformation from villain to a very different person.

Before then, though, there’s a fair amount of other business to get through. Even though not all X-Men remain with the team, Claremont keeps them in the spotlight, and Storm’s adventures in Africa without her powers culminate with a spiritual journey co-plotted and drawn by Barry Windsor-Smith. Artistically stunning, the use of hallucination and illusion to work through inner torment never convinces. It’s also available with Windsor-Smith’s other X-Men stories in Lifedeath. Encounters with old enemies Juggernaut and Arcade have interesting moments, but as seen on John Romita Jr’s sample page, the art battles against an immense word count that’s far from necessary. Readers coming across Romita Jr’s 1980s art for the first time will be surprised how little it resembles his eventual chunky style, but it’s functional and survives the massive word balloons.

They’re also present in the two chapters of Magneto’s arrest and subsequent trial, but these are stronger stories, although strangely interrupted by two annuals. What was Claremont thinking when he gave Loki racist dialogue on the opening page of what’s actually an enjoyable romp taking Storm and the New Mutants to Asgard? The X-Men become involved halfway through, and there’s gorgeous art from Art Adams all the way through. When we arrive at Magento’s trial it’s still wordy, but raises thorny ethical issues with no hint as to how the resolution will play out, while Claremont’s revelation of the villains is a well-planned surprise on two counts. The outcome was also a surprise back in the day, although with all that’s passed since, it’s no longer likely to be so. That shouldn’t discount what an interesting move it was at the time. It plays out in Masterworks 13.

Nightcrawler stars in the remainder, which is perhaps fitting as he’s lost in the crowd during the earlier material. His creator Dave Cockrum pours heart and soul into nineteen black and white pages of Nightcrawler meeting teleporting villain Vanisher in another realm, while Jo Duffy and Bob Layton’s story is fun. Some concepts are given a longer examination in the sequel, this time also written by Cockrum channelling his love of pulp adventure and old animation. He introduces cartoon versions of X-Men who’ll be back, pirates, wizards, dinosaurs and a co-starring role for Lockheed, the dragon. It’s hardly original or unpredictable, but is the fun Cockrum intended.

This collection ends with a generous selection of pencilled art stats supplied by Adams, while greater overall focus makes this a slightly stronger selection of stories than Masterworks 11. 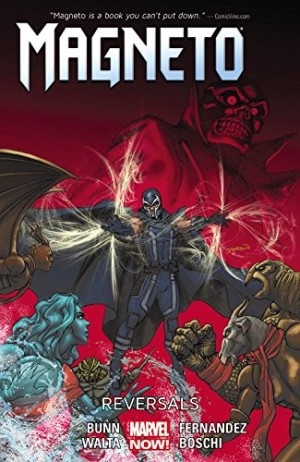 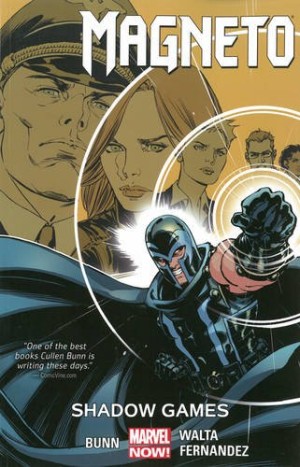