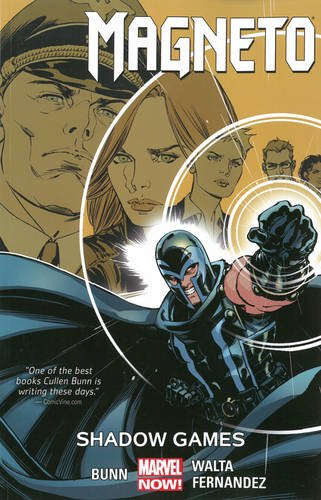 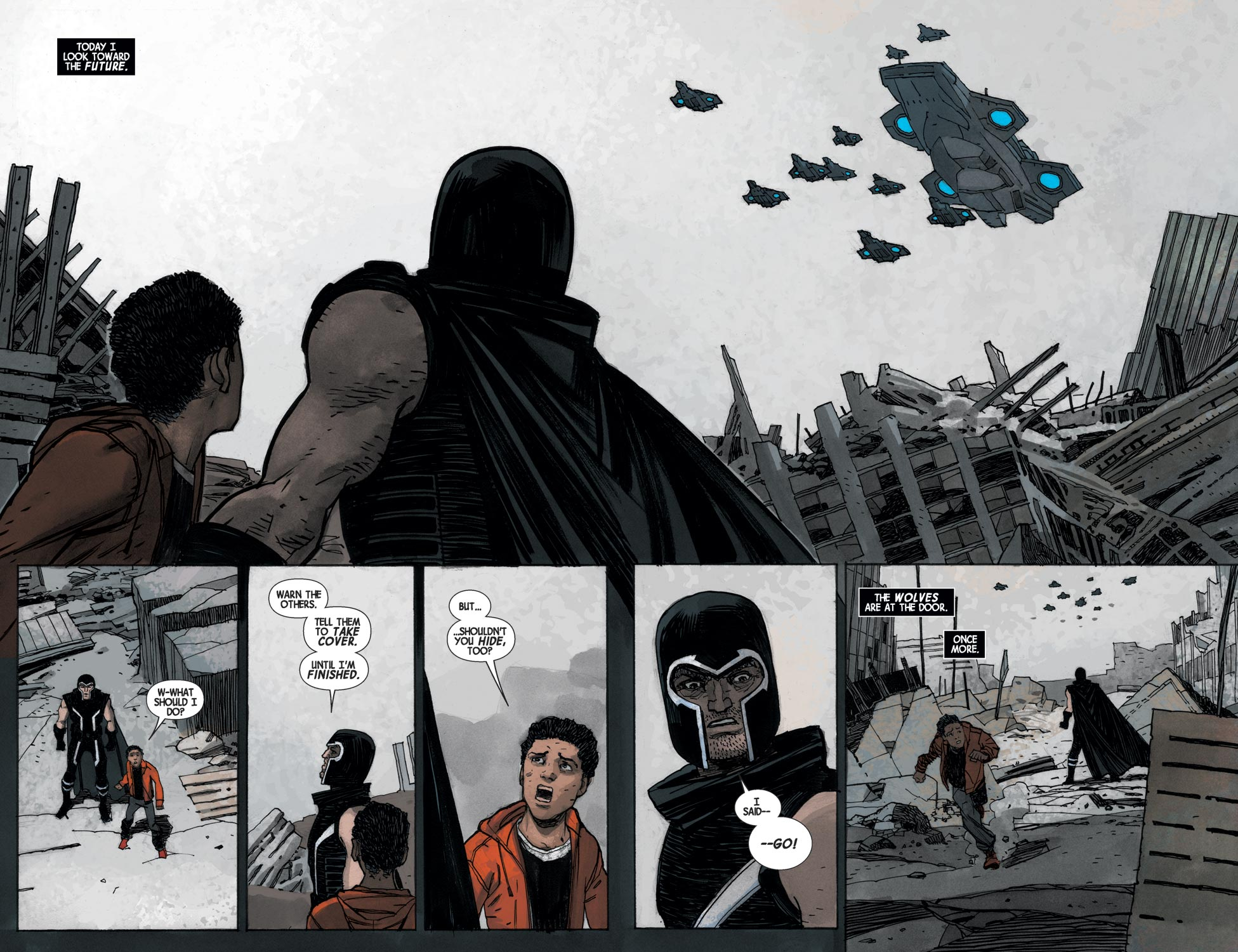 In Shadow Games we thankfully move forward from the less than thrilling chapters tying in with the Axis crossover that blighted the previous Reversals, and this is back to the unpredictable entertainment that characterised Infamous.

Magneto only appears as a legend in the opening chapter, filtered through the perceptions of others as his so far enigmatic helper Briar Raleigh attends a market at which DVD footage of super-powered incidents forms the bulk of items for sale. It’s an interesting take on a type of fandom, and Cullen Bunn progresses Magneto’s agenda as he confronts the agents of SH.I.E.L.D. who’ve been tracking him. It leads to a game-changing moment delivered in a very quiet fashion. A very nice piece of writing on Bunn’s part, in fact.

Gabriel Hernandez Walta continues as the more appealing of the two artists sharing most of the pencil duties, and illustrates all but one chapter of Shadow Games. His layouts are more dynamic than those of Javier Fernandez, and his people less sketchy and wobbly-looking.

Magneto once established a haven for mutants on the island of Genosha before the population was decimated by mutant-hunting Sentinels. It’s an agenda to which he returns, but Bunn ensures that matters aren’t dealt with as simply as that, as there’s a hangover from Axis that needs settling, and the method required to do so raises some fundamental questions about Magneto’s refuge. Again, the way in which this moral dilemma plays out is a fine piece of writing, with a real sting in the tail.

Shadow Games is very much a return to form, well constructed, well illustrated and entertaining.